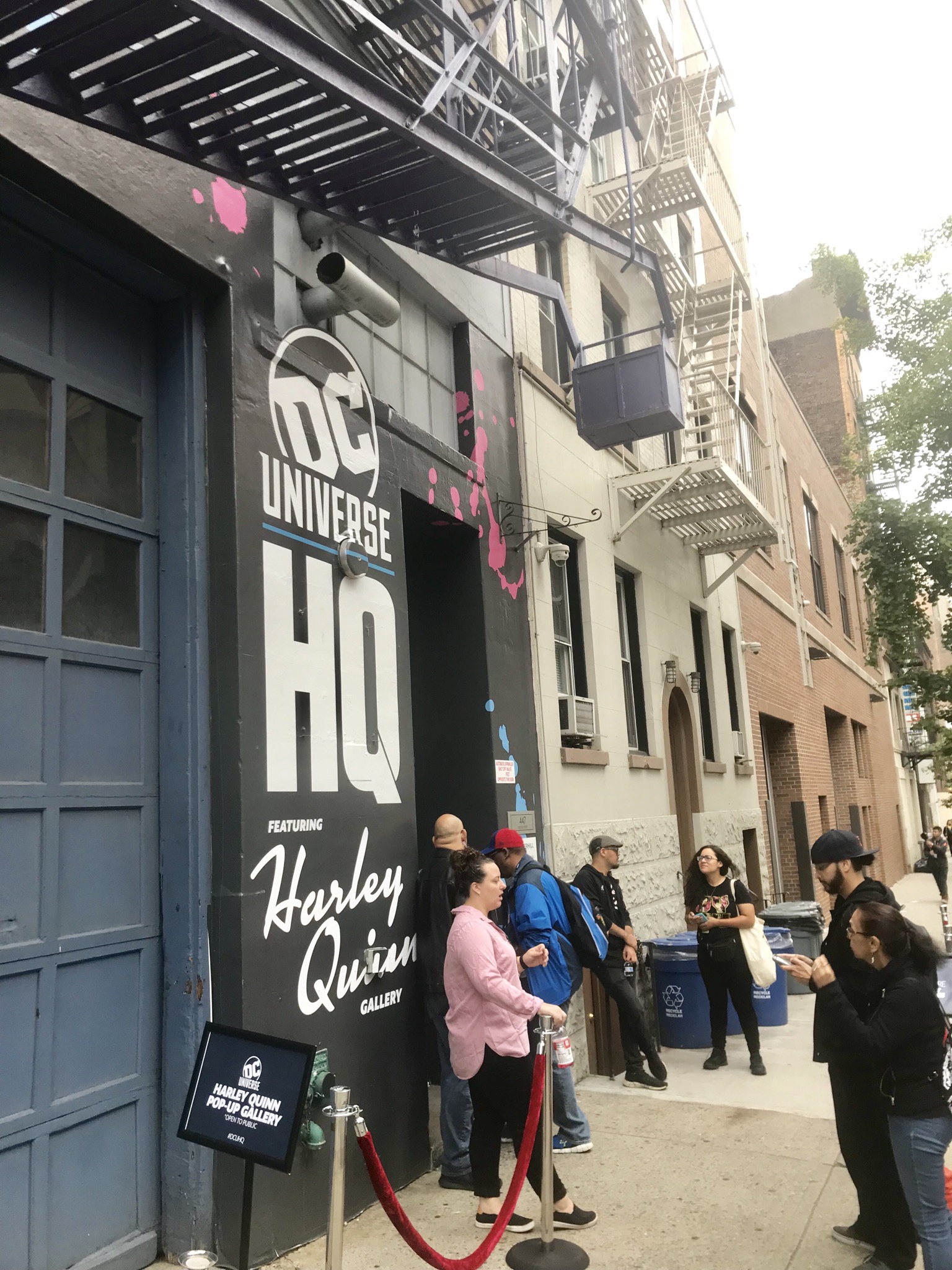 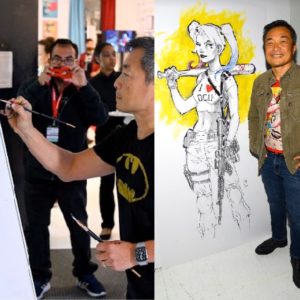 The evening got underway with artist Jim Lee, DC’s Chief Creative Officer, and Publisher, creating live art on the walls within The Fantabulous Evolution of One Harley Quinn Gallery!

My most popular Instagram by far was my post for New York Comic Con’s
The DC UNIVERSE Headquarters (#DCUHQ) at the Hudson Yards Loft debut of “The Fantabulous Evolution of One Harley Quinn Gallery”, an immersive pop-up installation. 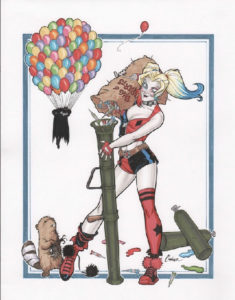 #HarleyQuinn Gallery at #DC Headquarters for #newyorkcomiccon is open to the public! I took a few of the shots as Bugs & I went to a breakfast hosted for #dcuniverseapp owners, 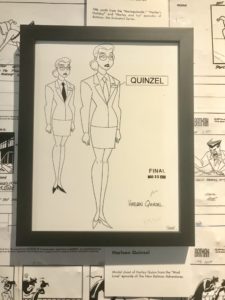 wandered around the exhibits representing Harley Quinn throughout her evolution! 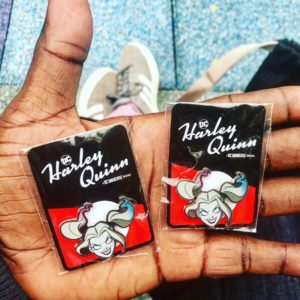 Scored sweet Harley pins from the pop-up art gallery to boot! Can’t these anywhere else!

Lots of Harley centric news! The #harleyquinnanimatedseries Kicks off soon! 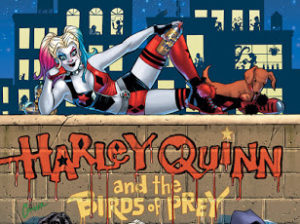 Conner also revealed the cover art for a new Harley Quinn and the Birds of Prey comic book coming in February 2020! Original animated series Harley Quinn will debut on November 29, 2019.

DC Universe continues to deliver new content, robust community engagement, and real-world experiences to its members. During the grand opening reception of the new, pop-up activation titled, DCU HQ, the subscription service highlighted updates to the platform and previewed new content coming in 2020. 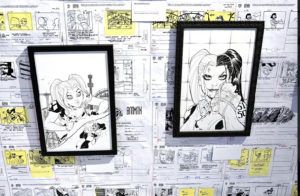 Timed to New York Comic-Con, the DCU HQ also includes an art retrospective dedicated to Harley Quinn and the character’s colorful history throughout animation, comics and film titled “The Fantabulous Evolution of One Harley Quinn Gallery”. 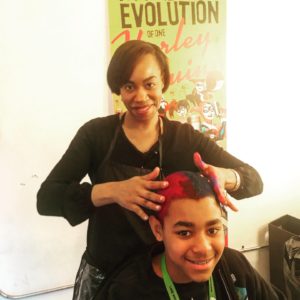 Bugs had a “Harley Makeover” while at the awesome DCHQ Harley Quinn Pop Up Gallery! 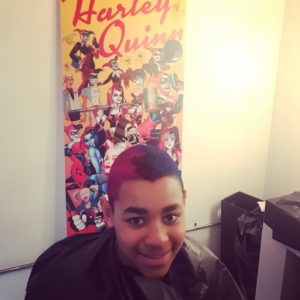 Included in the gallery space are props from the hotly anticipated film Birds of Prey (and the Fantabulous Emancipation of one Harley Quinn), in theaters February 7, 2020, from Warner Bros. 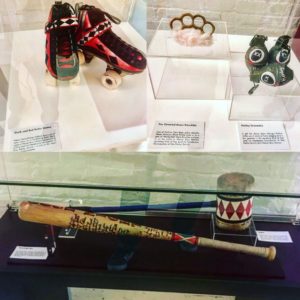 In addition, many original art pieces were on display including, a development sketch of Harley Quinn for her first appearance in “Joker’s Favor”; 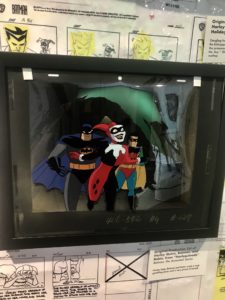 ; comic book covers by Amanda Conner, Rachel Dodson and Jim Lee among others; plus original art by Bruce Timm and Amanda Conner created exclusively for the pop-up gallery. 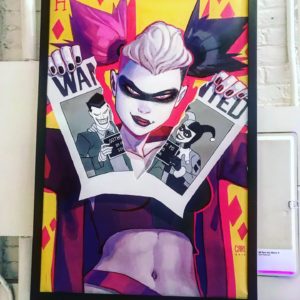 Opening night festivities included a presentation featuring a line-up of DC executives, artists, producers and even Krypto was on hand, the fan-favorite super dog who will soon be appearing on the DC Universe original series Titans. 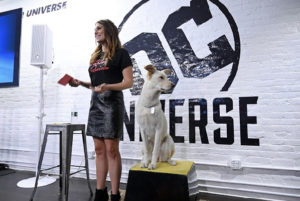 Yes, “Krypto” the super dog was on hand at the festivities! 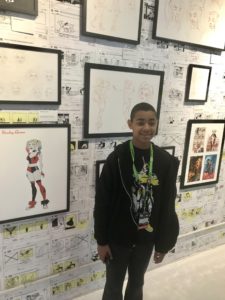 My boy is a DCHQ superfan! He loved it!

A showcase of experimental styles and creative voices and visions that will be a mix of live-action and animation; deep cuts from the DC portfolio of characters such as Space Cabbie, Ambush Bug, Slam Bradley, and the Creeper!

More WB Home Entertainment releases will be coming to DC Universe in 2020, particularly because the movies have been so popular with members. The most-watched movie on the DC Universe to-date is the animated original Reign of the Supermen, which debuted on the service January 29, 2019.

My kids and I were at the premier and awesome Q&A that featured voice talent and creatives hosted by Gary Miereanu you can read my review here:

Due to its popularity, even more, home entertainment movies will be coming in 2020, including Wonder Woman: Bloodlines, Superman: Red Son and Justice League Dark: Apokolips.  These original animated movies will be available on DC Universe just 90 days after their physical release date. 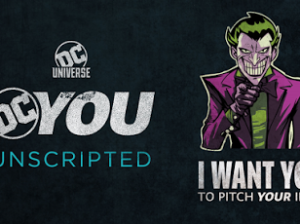 Since the launch of this service just over a year ago, we’ve established a community that has far exceeded our ambitions. We’ve hosted unforgettable member events – creating places and spaces where fans could have a voice. We’re working to take it to a whole new level in our second year by giving our fans an opportunity to submit their own concepts for an unscripted show that will potentially become a series on DC Universe next year, DC Universe Senior Vice President and General Manager, Sam Ades.

Abe Mohammadione, Vice President of Creative & Production for Ideas United, presented the new initiative designed to harness the creativity and talent of DC fans and unleash a new unscripted concept and video series. 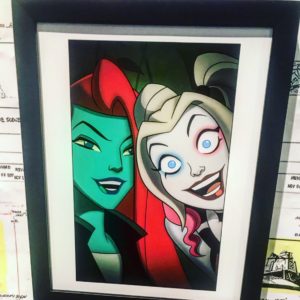 Ivy & Harley are featured in her new animated show only available on the DC Universe!

New Community Engagement
Many DC Universe members are familiar with Jackie Cole as the Community and Rewards Manager and oft-moderator in the DC Universe community. She provided an overview of the new features launching on DC Universe this month. New features will be available to members starting on October 23, 2019 as a part of  “Community Week”, a special event for members on the service.

It will include special guests and top-notch creators from comics, TV, animation, and more, who will join the fun by participating in Q&As, book club discussions, live Watch-Alongs with behind-the-scenes insights and deep-dive explorations of the shows and scripts. Community week will kick off with a Q&A with Titans series star, Anna Diop.

The upgrade is a meaningful evolution of the platform in direct response to member feedback. The new features will give fans more opportunities to interact, participate in live Q&A’s with DC talent, find their niche fandom with comic book and fan clubs, earn badges and level up for even more exciting opportunities and exclusive rewards.

“DC Universe is designed to deliver an unparalleled experience in video, comics, and conversations with the intent to give fans a voice and a shared sense of place in the DC world,” said Ades. “Now, in its second year of service, our plans to evolve have turned to breaking down barriers between fans and creators and fulfilling our promise to deliver the ultimate fan experience digitally online and offline.”

New community features will launch during “Community Week” on October 24, 2019

Jim Lee wrapped up the opening night with a rundown of data pulled from comics readership patterns on the service. DC Universe members have read over 9.5 Million comics on the platform to date, just over this inaugural year! That’s about 395,000 comic books read each month! With the ability to read comics page-by-page or auto-play on a big screen – members are guzzling comics on the service.

Well, that’s all the DC Universe news I’ve got for now! If you’re not a member? And you’ve made it to the end of this article? You really should be. 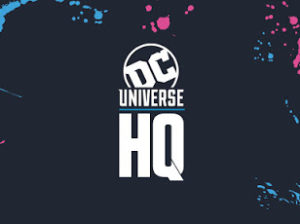 It is a membership like no other, designed for DC fans, an experience in video, comics, and community that provides a shared place to gather around all things DC. With exclusive member rewards and merchandise, an exclusive daily DC news show and a thriving community fans can watch, read, shop, connect and explore like never before for only $7.99 per month or $74.99 annually (plus taxes, where applicable).

DC Universe is available in the U.S. on, Amazon Tablets and Fire TV, Android, Apple TV, Android TV, Chromebook, iOS, the Roku platform, Xbox One as well as the web and mobile web. To learn more and purchase today, visit dcuniverse.com and follow DC Universe on social networks including Facebook, Instagram and Twitter. DC Universe is not intended for children. (My kid is 12 and he uses it more than I do.) 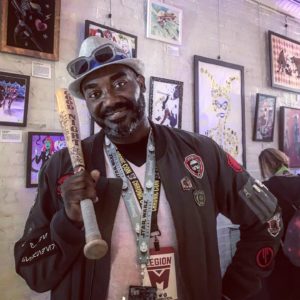 If you’re not signed up for DC Universe? You’re missing out puddin’!