Jones, who was diagnosed with dementia in 2015, was the main directing force in Python’s films, as well as a prolific creator of TV documentaries and children’s books.

André Jacquemin and David Howman wrote the music and Michael Palin and Terry Jones wrote the lyrics and performed the song, which is hailed as one of the Pythons’ great sketches.

If you’ve never had the pleasure here it is in it’s entirety! – 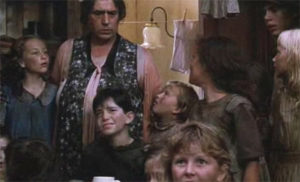 Every Sperm Is Sacred is a brilliantly lush musical production that ruthlessly lampoons the absurdity of the anti-choice argument when taken to its extreme.

However, this one comedy sketch also digs deeply at modern Human Sexuality, Religion and The Socioeconomics of Women’s Rights

The phrase “every sperm is sacred” has become almost proverbial in the field of Human Sexuality. It extends to such areas as cloning, where the song is used to criticize anti-cloning activists who argue that every embryo or fertilized egg is sacred.

Pro-Choice activists have sung the song outside abortion clinics to ridicule their opponents, legal scholars have alluded to it in discussions of women’s reproductive rights.

It is sometimes difficult to separate the comic from the serious application of the phrase, and two recent publications on the penis use it for precisely that purpose, Talking Cock, by Richard Herring, and Dick: A User’s Guide.

The religious import of the sketch is significant and is reflected in the widely dispersed usage of the phrase.

In the book Monty Python and Philosophy, the argument is teased out to reach a broader (still humorous) conclusion: “The Pythons ask us to consider the consequences of the belief that God cares about our reproductive practices and sees everything. If so, then he watches our sexual activities. … Christians must concede that all things considered, this [watching people have sex] is one of God’s less onerous activities.”

Philip Jenkins discusses the sketch as an important sign of a growing willingness in the popular media of the 1970s and 1980s to criticize the Catholic Church, saying that “Catholic attitudes toward sex and contraception are ruthlessly parodied” in the song, proving that “Catholicism was available as a legitimate subject of serious fiction.”

Richard Dawkins, in his The God Delusion, cites the song for that reason, the illustration of the “surreal idiocy” of some pro-religion, pro-life arguments.

The Catholic Church has been a subject for humor, from the time of the Reformation to the present day. Such humor ranges from mild burlesque to derisive attacks. Catholic clergy and lay organizations such as the Catholic League monitor for particularly offensive and derogatory incidents and voice their objections and protests.

However, the statement the sketch makes it clear, and in line with most postmodern theories on economic development and woman’s rights.

In a March 2013 Report by Guttmacher Institute, they site specifically  -“The Social and Economic Benefits of Women’s Ability To Determine Whether and When to Have Children”

“Contemporary studies indicate that teen pregnancy interferes with young women’s ability to graduate from high school and to enroll in and graduate from college.

Delaying a birth can also reduce the gap in pay that typically exists between working mothers and their childless peers and can reduce women’s chances of needing public assistance.”

Because not all women have shared equally in the social and economic benefits of contraception, there is more work to be done in implementing programs and policies that advance contraceptive access and help all women achieve their life goals if and when they decide to become mothers.

This impact is only magnified in non-G 20 countries. Choice is an economic issue. It impacts society. And Mr. Jones brilliant and hilarious allegory lays that fact out plainly. 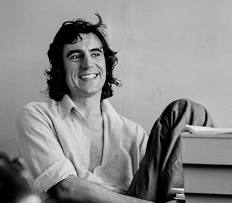 “Every Sperm is Sacred” is a fitting legacy of Mr. Jones, a creative genius and bold political satirist behind Monty Python.

FacebookTweet7PinEmailShares7
wpDiscuz
Share this ArticleLike this article? Email it to a friend!
Email sent!