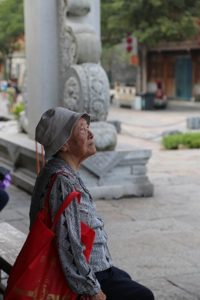 In 1937, an orphaned Chinese girl and an American missionary with a camera came face-to-face in a moment that shaped history. Images from that encounter established evidence of one of the world’s worst atrocities, and a legacy that spans eight decades. 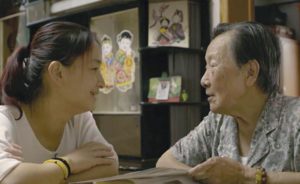 Madame Xia recounting her story to her granddaughter Xia Yuan

At age eight, Xia Shuqin and her younger sister witnessed the murder of their entire family in what became known as the Nanjing Massacre. In the days that followed, an American missionary named John Magee documented the horror, filming the little girls in front of the remains of their family home, creating evidence of the carnage and binding his family and theirs forever. 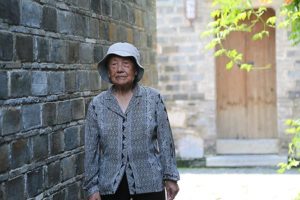 THE GIRL AND THE PICTURE brings together direct descendants of this history as Madam Xia, at 88, shares her memories with her granddaughter, her seven-year-old great grandson, and with Chris Magee, the grandson of the missionary who captured her image eight decades earlier. THE GIRL AND THE PICTURE brings to light the power of memory to connect generations and create a shared legacy of family, loss, and survival. 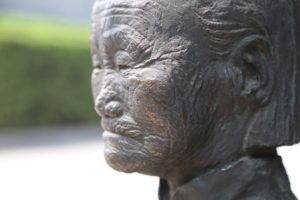 The film is presented by USC Shoah Foundation, which was founded by Steven Spielberg with a mission to record eyewitness testimonies of the Holocaust and other genocides. Following its screenings at AmDocs and the Tribeca Film Festival, it will play at the Newport Beach Film Festival, as well as at the Julien Dubuque International Film Festival, with more festival dates to be announced.
THE GIRL AND THE PICTURE is written and directed by Academy Award® winner Vanessa Roth, writer and directorof the Netflix docu-series, Daughters of Destiny. The film is produced by Roth, Stephen D. Smith, and Devorah Palladino. Executive Producers are Ceci Chan and Andi Gitow. Editing by Livio Sanchez and cinematography by Daniel B. Gold, with sound recording by John Zecca. 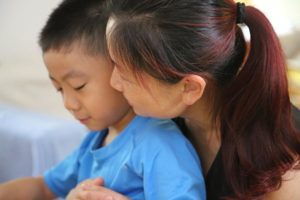 USC Shoah Foundation — The Institute for Visual History and Education is dedicated to making audio- visual interviews with survivors and other witnesses of the Holocaust and other genocides, a compelling voice for education and action. The Institute’s current collection of 55,000 eyewitness testimonies contained within its Visual History Archive preserves history as told by the people who lived it, and lived through it. Housed at the University of Southern California, within the Dana and David Dornsife College of Letters, Arts and Sciences, the Institute works with partners around the world to advance scholarship and research, to provide resources and online tools for educators, and to disseminate the testimonies for educational purposes.

Journalists- Director Vanessa Roth will be available for interviews on-site
at the festival.

Facebook63TweetPinEmailShares63
wpDiscuz
Share this ArticleLike this article? Email it to a friend!
Email sent!