Get Daily Email
Join/Login CLOSE
Home / A&E / Again, We Are the Gravediggers 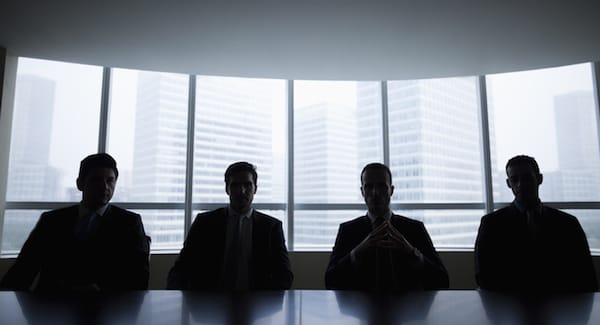 Those who’ve read this blog often will recognize that I am a huge fan of The Twilight Zone. I’ve spent more than a few days off enjoying a marathon or two. Aside from the spooky, black and white visuals, the brief social and political commentary of Rod Serling that accompanied some episodes are what hooked me on the series.

Recently, I caught an episode that always leaves me shaken when I view it. “Deaths-Head Revisited” is one of Serling’s more chilling portraits of the brutality and evil resident in some men. In this episode, the former Captain Gunther Lutze, an SS officer in hiding, returns to Dachau to reminisce on the “good old days”. He is confronted by spectres of his past crimes and in the end, is held accountable.

The Twilight Zone Project blog had this to say about “Deaths-Head Revisited”:

Broadcast during the Adolph Eichmann trial, Deaths-Head Revisited offers a scoffingly sharp rebuke of the “Nuremberg” defense that was Eichmann’s mode of exculpatory apologia, as it was for many of the captured and tried post-war Nazis. “I was a soldier,” Lutze declares in passionate defense. “You were a sadist,” Becker counters as the howls of Lutze’s victims bellow in the background. The ghosts of war’s victims can never be put to rest, placated and sent away; they are a permanent fixture on the cultural and psychological landscape of the world we’ve wrought with constant combat. Deaths-Head Revisited works well on a very specific and literal level, but it also hints at a commentary on the essential nature of soldierhood, that war never has the benefit of moral clarity or justifiability, and soldiers rarely have the opportunity to exercise the power of their consciences.

This episode, as always, evokes many emotions.

I feel anger over the needless suffering of human beings in endless conflicts all over the globe some of whom have been funded by or prolonged by politicians operating under a false cloak of human rights which usually have some economic reality; sadness at how little we have learned as a species since the horrible and despicable crimes of prior centuries; despair at the lack of any real leadership toward a better way; and finally, shame at my own government’s complicity in the torture of human beings and the feeble defenses offered by neo-con tough guys and “brave” hawks who send others to do their dirty work so they can sleep comfortably in the false belief that they have pretty, clean hands.

As Rod Serling stated in one of his most poignant and moving closing monologues:

…all the Dachaus must remain standing. The Dachaus, the Belsens, the Buchenwalds, the Auschwitzes—all of them. They must remain standing because they are a monument to a moment in time when some men decided to turn the Earth into a graveyard. Into it they shoveled all of their reason, their logic, their knowledge, but worst of all, their conscience. And the moment we forget this, the moment we cease to be haunted by its remembrance, then we become the gravediggers.

As I ponder the embrace of torture, elective warfare and the refusal of either of the major political forces in the U.S. to strongly and unambiguously reject such tactics, I fear that we may become the gravediggers again. In many respects, we are already on our way. While there are fewer obvious and tangible landmarks to shout out our era’s brutalities, the suffering and complicit nature of politics and politicians have left their scent just the same.

As a species, we really, truly, haven’t learned a fucking thing. We’re just better at hiding it in plain sight.