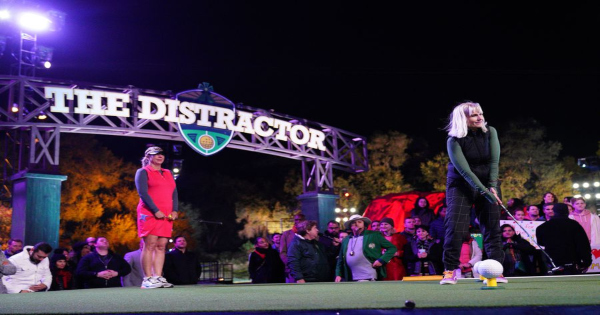 Many players end up falling in the water in ‘Porta Party’

Last time on Holey Moley, a new set of contestants came to try these one of a kind courses out. Two people took on Putt the Plank, and only one moved on to the next round. Then we saw two men take on Buns and Wieners, and thanks to some great putting one made it to round two. Three players then tried out Diving Range, including someone who returned for their third time. Sadly, the judges weren’t happy to see them and they didn’t make it to the putting green. As this episode came to a close, we got our next champion who gets a chance to return for the season finale. Now more players give these courses a shot in ‘Porta Party’. I was able to watch a screener of this episode and here is what I thought of it. 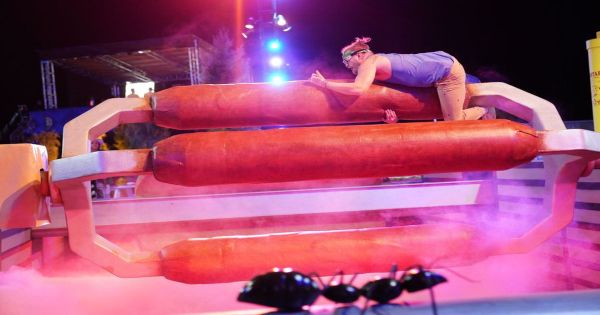 You can read the premise for ‘Porta Party’ here:

This week on the “Holey Moley” course, a yoga instructor and a California businesswoman try to putt through smoke on The Distractor, and an ice cream entrepreneur and a professional wrestler hang loose on Buns & Wieners. Meanwhile, two self-identified cat-people try to stay dry on Water Hazard; and on Diving Range, a biotech student dives off against the sister of a former contestant; while Joey, the resident wishful putter, hopes his fourth time is a charm for guest judges Olympian Greg Louganis and actor Steve Guttenberg. Later, after mustering up Double Dutch courage and conquering Hole Number Two, two finalists will Frankenputt-off to earn a spot in the grand finale and the chance to putt for $250,000. 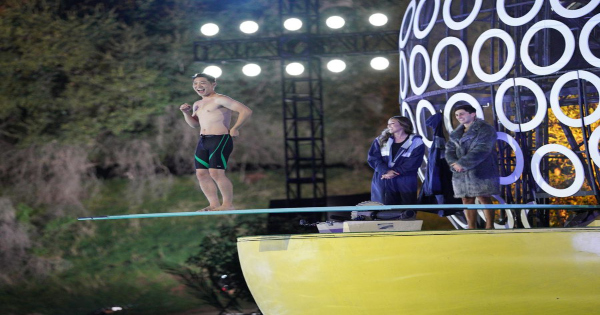 A new set of players end up falling in the water in ‘Porta Party’. Two women take on the most challenging Distractor yet, where one gets to move on to round two. We see a wrestler take on Buns and Wieners where the course takes them for a wild ride. Two cat people do all they can to stay dry on Water Hazard, and one is lucky enough to move on to the next round. Three players take the plunge on Diving Hazard, including someone hoping for a chance to finally putt on the green. Sadly this time ends up going worse than all their previous attempts. As this episode comes to a close, someone sinks a stellar putt and becomes the next champion of the season. To learn more about Holey Moley click on this website. 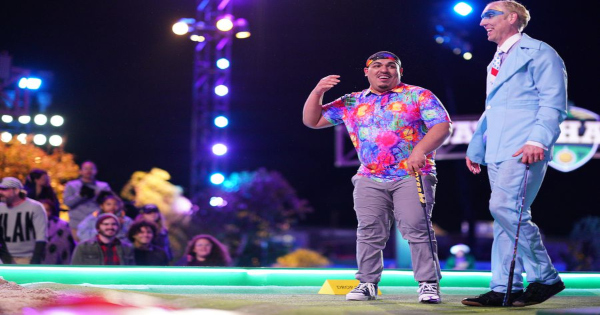