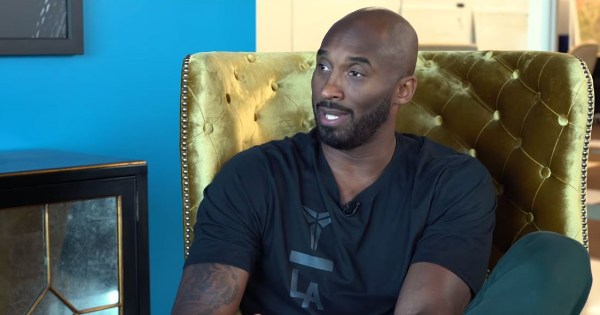 Growing up, I wasn’t the biggest or strongest.

When my teammates who were better than me were out partying, I stayed in because I knew it would give me an edge.

You just can’t underestimate the power of showing up every single day and doing the work.

If you want to be a champion, you have to have the champion mentality.

No one has mastered the art of staying focused on your goal and working tirelessly towards it like legend and icon, Kobe Bryant.

Kobe is widely regarded as one of the best basketball players of all time.

In 2018, he received an Academy Award for his animated short “Dear Basketball.” He also just launched a podcast called The Punies that teaches kids morals and history in a really fun way.

Kobe’s known for what he calls his Mamba Mentality, but it’s his big heart that is truly admirable. He is constantly reinventing himself and continuing to pursue new dreams.

There is so much power in his energy and presence. I know you’re really going to love this one.

So get ready to learn all about Mamba Mentality and how to embrace failure on Episode 691.

Some Questions I Ask:

In This Episode, You Will Learn:

Are you a first-time contributor to The Good Men Project for the first time? Submit here: