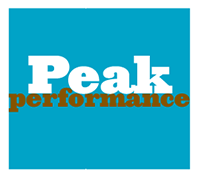 Who hasn’t heard of Warren Buffett? The “Oracle of Omaha,” he’s the most successful investor in the world, a top business magnate, and an overall sweet guy. It’s hard not to like him.

It’s also hard not to want to be like him. In this article, I’d like to share with you three of the most impactful lessons Warren Buffett has taught me, and how they can help you, too, as you go onward and upward.

#1: “Take The Job You Would Take If You Were Independently Wealthy.”

Before I became an entrepreneur, I was in the para-medical profession. It was the only college course I could afford at the time, and I thought if I simply worked hard enough on it, I’ll get by in life.

The problem: I hated the job. I knew it was noble and necessary, but I felt it just wasn’t for me. I was unsuccessful, unfulfilled, and unhappy.

That’s when I stumbled upon a concept I first heard from Warren Buffett. He basically floated the concept: “If money weren’t an issue, what job would you take for the rest of your life? That’s how you find your passion.”

For me, the answer came fast and hard – I wanted to be an entrepreneur, and I wanted to coach people. So over the next few years, I made adjustments to exit the para-medical profession and break into entrepreneurship.

If you were independently wealthy, what job would you take? It may take you a few years to transition, but the sooner you answer that question, the better.

#2: “Find Your Circles Of Competence.”

This concept of Warren’s have been echoed by many other gurus. You need to stick to your game, and find where you’re really good at. Warren called these your “circles of competence.”

The key is finding what your circles of competence are. For me, I wasn’t always a smart guy – but I wrote well and spoke well. Those were my circles. And I matched that with “the job I would take if money weren’t an issue” – entrepreneurship and coaching – and the rest is history.

• When I was a single Dad, I know that if I don’t take care of my son well, someone’s going to take him from me.

• I’m an entrepreneur, but I know for every business I start, I have at least a dozen competitors trying to run me out of the scene.

• I’m a business coach, but I know my clients and followers can always turn to other coaches if I don’t meet their needs well enough.

Warren’s lesson is this: You should never rest on your laurels. Complacency is the biggest killer in life and business. To beat complacency and your competition, you’ll need to always have a competitive edge over everyone who might want to take your castle. While you don’t have that edge, work on it until you do.

Facebook7.4kTweetPin107EmailShares7.5k
wpDiscuz
0
0
Would love your thoughts, please comment.x
()
x
| Reply
Share this ArticleLike this article? Email it to a friend!
Email sent!