Get Daily Email
Join/Login CLOSE
Home / Business / Does Work Expect You to ‘Man Up’? 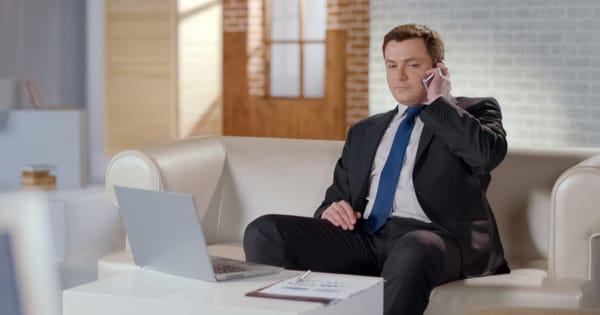 Work can be one of the most stressful areas of your life. Whether you’re trying to rock your new account, keep your colleagues protected from an accident at work or keep the whole company afloat, there are often endless lists of things to worry about.

And when you’re struggling with a full plate of concerns, you need support. But too often, you could be left to deal with things on your own and told to ‘man up’.

Men are still more at risk of death and serious injury at work. This is seen in the UK’s Health and Safety Executive report finding that in 2018/19, 139 (95%) of all worker fatalities were to male workers.

This is typically due to the fact that the more dangerous industries – like agriculture, construction, and manufacturing – are largely staffed by men. And these sectors have been found to foster some fairly macho cultures.

In fact, the Building Research Association of New Zealand found that a culture of bullying was responsible for construction seeing the highest percentage of suicides of employed men of any industry in the country.

The attitude forcing men to “harden up” was one of the factors found to contribute to poor mental health, found the authors of the study.

Having to ‘man up’

A UK survey found that 53% of men aged 18-24 feel society expects them to never ask for emotional support, even if they need it. Meanwhile, 61% of the surveyed men feel UK society expects men to ‘man up’ when faced with a challenge and 55% said crying in front of others would make a man feel less masculine.

Christopher Muwanguzi, CEO of Working With Men, said the survey revealed that men are being influenced “to suppress emotion and avoid asking for help for fear of appearing less of a man; a dangerous precedent to follow given the repercussions this has on mental health”.

In environments where you’re surrounded by other men – such as traditionally male working environments – you might face this attitude even more than in other aspects of your life.

But when you’re left feeling like you can’t ask for help – whether that’s for any mental health problems you’re facing or something as simple as lifting a heavy load to avoid looking weak – you put yourself in danger. Everyone needs help, and this doesn’t stop at work.

Dealing with this attitude

Mental health campaigner Lee Cambule told a committee of UK MPs that there’s a “perception of men that they should ‘man up’ and ‘just get on with it’, that they should be strong in the face of this adversity, and this makes it very difficult for them to then open up and seek help”.

Being told to ‘man up’ – regardless of the intent with which it was said – can be a frustrating experience. It could leave you feeling like you’re not allowed to have emotions or that you can’t share how you’re feeling with anyone.

This isn’t the case, though. There are people and organizations you can turn to for guidance. Whether you’re dealing with bullying at work or anxiety, disability or financial stress, you can find help for whatever you’re facing.

The Campaign Against Living Miserably (CALM) to the Movember project – among many others, both regional and international – provide resources aimed at helping men through tough times.

You may be surprised at how many other men are having a tough time at work. And maybe if everyone talked a little more openly about it, we’d find ourselves in a better situation.

This content is brought to you by Carrie Tennick.