In 2017, US annual venture capital funding reached $70 billion. It was the second year after 2015 that it reached that amount. It was an impressive figure as it was a positive sign that the US economy is expanding. However, it hasn’t reached $124 billion during the E-commerce 1.0 bubble era in 2000, so it’s still within a safe range.

While the conventional business world appreciates VC-backed startups, there are many entrepreneurs who reject VC investments. They are the so-called “invisible unicorns.” In this article, we’ll discuss successful companies that have been rejecting VC and remain private.

Let’s learn how they remain profitable and grow gradually to become this magical creature by bootstrapping.

Recognize your strengths and weaknesses concerning skills and resources available. By focusing on your strengths and incorporating them into the company, preferably into the product itself, the business would have the much-needed fundamental philosophy to be sustainable.

Kayako‘s founder Varun Shoor learned programming and founded this customer service SaaS company in his home village in Jalandhar, India. He later relocated to London, UK. Kayako is the epitome of its founder who believes in “small but beautiful” philosophy. Now it has over 131,000 customers.

Become ultra-efficient, but not cheap. With almost every activity can be done online, work with remote teams. This also solves the problem of “rare talents,” as you can hire qualified employees who might not be able available to relocate.

From its inception in 2003, Pagely has been adopting remote working. Joshua and Sally Strebel, the husband-and-wife co-founders trust that old-fashioned work ethic is more important rounds of funding. Today, Pagely is a managed WordPress hosting company with international brands as clients such as Visa, Disney, and Time Inc. They focus on serving enterprise and Fortune 500 companies, and they charge a fair rate as they know that the clients can afford and understand the value by partnering with them.

It’s also known as the “boring” factor, which refers to long-term sustainability due to the steady demand, not “hype.” Businesses with this model are likely to be stable despite the macroeconomic situations.

Craigslist, the granddaddy of online listing sites, is not only “boring” in site design but also in the business model. Craig Newmark himself once said that he created Craiglist not to make a lot of money, but mostly to give back to the community. However, eventually, it did make him a billionaire. Survey Monkey is another good example of a business with longevity factor that explains its staying power. Hey, everyone needs to conduct surveys from time to time.

MailChimp started out as a side project. Now it’s a leading marketing automation platform sending out more than a billion emails per day. Their growth is real, which is backed by 15 million active users. Founder Ben Chestnut once said, “Run it to serve your customers, and forget about outside investors and growth at any cost.”

The best type of growth is one that doesn’t rely on paid advertising. Ideally, the product itself becomes known for its benefits, which can be projected in promotional events that would match seamlessly with the product’s “soul.”

Red Bull energy drink is definitely one of those products. Their sports events, such as Crashed Ice, Air Race, Flugtag and others have been attracting reputable news coverage worldwide. The product’s “soul” itself is projected in every event.

Don’t scale in an instant, do it gradually, to ensure that customers trust your reliable service before you become too big and less personal. This way, your customers would stay in the long run and become your number one evangelists.

Braintree‘s founder Bryan Johnson trusts that business owners want honesty, education, and reliable service, which are reflected in this commission-only credit card service sales. The unique thing is, Braintree has never offered their services for free. They have been charging more than their competitors as a “self-select” strategy in return for better customer service. In 2013, Braintree was acquired by PayPal.

In conclusion, there are many ways to get your startup funded. While having a VC fund may make you feel like a unicorn, it may not be the best, as most likely you’d need to follow their requirements that many entrepreneurs find restricting. Bootstrapping is, by far, has been the proven way to grow organically, at your own pace, and sustainable.[]

Jennifer Xue is an award-winning author, columnist, and serial entrepreneur based in Northern California. She is the author of White Paper Writing for Business (BookBoon, 2016). Her byline has appeared in Forbes, Fortune, Cosmopolitan, Esquire, Business.com, Positively Positive, Addicted2Success, and others.

She is the founder of SiliconValleyGlobe.com, works as a digital strategist for Oberlo, and blogs at JenniferXue.com. 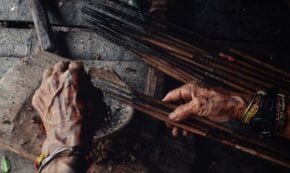 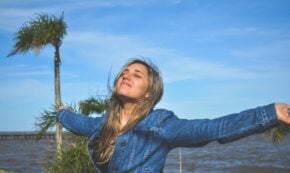 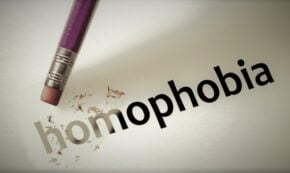 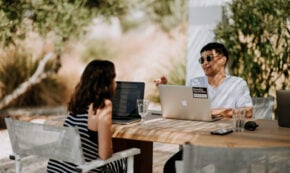