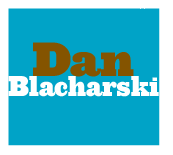 In the early days of my career, networking meant going out to events and talking to people. After a few years of doing that, you would have a Rolodex full of connections, each of which had a different sort of skill or offering. Then when someone casually mentions in a conversation something they need, you have someone to refer them to. Since you were in other peoples’ Rolodexes too, you would sometimes be on the receiving end of those casual recommendations. Yes, I know, you don’t know what a Rolodex is. I’m old for mentioning it. Google it.

It may include things like getting on LinkedIn, building a large Twitter base, and compiling a network of online influencers, most of whom you will never see face to face. Today I do use those electronic equivalents of face-to-face networking, and I work from a home office, and seldom see clients face-to-face unless it’s on a videoconference.

I went to the Internet Retailers Conference & Expo (IRCE) this week to partake in a little old-fashioned human networking, and as I sat on the train going into Chicago in the early morning, I felt a little twinge of panic. I’m twice the age of most people who will be there, I thought. What will they think of this grey-haired Baby Boomer, infringing on Millennial territory? After years of videoconferencing, Tweeting and doing business with people I’ve never met in person, I got an anxious feeling in my stomach that morning.

Talk to real people again? In person? I didn’t know if I could still do it. I wore a suit with a three-point,two-tone handkerchief in the pocket and black Italian shoes. I folded the handkerchief myself and ironed it into crisp points. I don’t like the pre-folded ones, it seems like cheating. I considered wearing a hat, but it’s Chicago, and it was just too windy. Do people still dress like that? I didn’t know. I expected maybe a bunch of twenty-somethings in fashionably torn jeans and tee-shirts with slogans.

Of course, it went fabulously, I didn’t feel too out of place, and some people saw the nametag on my badge and recognized my name and told me they enjoyed my writing. I was very pleased when one person came up to me and said, “I recognize that name! I read your column on Good Men Project!” I saw some existing clients there and met some new ones. Nobody was wearing torn jeans.

I accomplished what I set out to accomplish. I learned about some of the cutting-edge technology that is changing the game for online retailers, something I am very interested in especially considering the overwhelming number of brick-and-mortar retail shops closing down. Most importantly, I met some interesting people. I put on my press badge and walked onto the expo floor, still feeling a little bit of that anxiety, but once I started talking, it all came back to me. Schmoozing. It’s a dying art, but one that every Millennial should learn. Digital networking has its place, but if you want to build a meaningful business, nothing can beat actual live, in-person conversations.

One of the first conversations of the day was with Vanessa from Sidecar, a company that uses big data and machine learning to help e-commerce vendors make sense out of the volumes of data they collect. Thanks Vanessa, for making me feel welcome at IRCE that day!

I had a nice conversation with some young ladies from a company called .Store Domain Names, a domain registrar which sells domain names with the .store extension, which I thought  would be the perfect next step for someone launching an online retail operation. I chatted with Daphne and Jodi at the booth there about how the .com extension is no longer the powerhouse it once was.

I moved down the aisle and talked to Ashlene from Zaius, a company that helps e-commerce vendors get a better understanding of their customers. I asked her if she was a Planet of the Apes fan, and she told me that I was the first one that day to make the connection. It made my day that I was the only one to get the pop culture reference in the company’s name. Ashlene invited me to come back to the booth later in the afternoon for their local Chicago craft beer special! One thing I enjoy most about networking at conferences like this is that every exhibitor tries to outdo one another with free give-aways. You can’t go wrong with free beer.

Schmoozing is like riding a bicycle it seems, once you get back into it, you realize you knew how to do it all along. I will Tweet about the event, blog about it, and post my impressions on LinkedIn, but nothing beats those in-person conversations. I’ll come back next year. Especially if Ashlene has beer again.

Dan Blacharski lives in South Bend, Indiana with his wife and Boston Terrier, where he writes about business, tech, and men’s issues, and is the editor of Cloudipedia.com. He is over 50 years old and still wears hats.