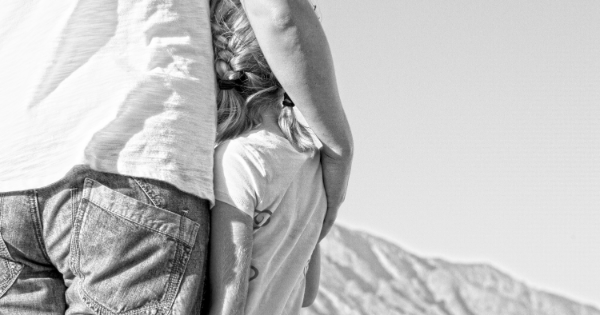 Power struggles are often one of the reasons people divorce. But when children are involved, that push-and-pull has to stop.

Co-parenting without power struggles is more than just a nice idea. It’s something that has to happen if your children are going to survive the family break-up with any sort of normalcy and healthy development.

Ideally, co-parents approach the arrangement as an equal partnership in raising their children. Both adults contribute financially, emotionally, and with physical presence. They abide by their divorce and custody decree, communicate openly and civilly, and leave onlookers wondering why they ever divorced in the first place.

But the picture is rarely painted in such bright, unicorns-and-rainbows colors. More often than not, divorced co-parents are hanging onto unresolved marital issues. And insofar as they have to stay connected because of the kids, they battle the remaining issues out on the parenting field.

Common experiences of single co-parents include:

Co-parenting without power struggles may seem like a tall order after looking at that list. And in reality, it is — if only in the sense that it calls upon adults to…well…act as adults. No matter what their “adult” issues are, their children have to come first. Unequivocally. Non-negotiably.

And in that regard — assuming that both parents are wholeheartedly committed to the highest good of their children — divorce can actually evoke the best in two people who couldn’t be the best of themselves in their marriage.

No matter what, children learn from and emulate the behavior of adults, and especially their parents. Even if only one parent is aware and willing to behave as a responsible co-parent, the children can still benefit in their formative and longitudinal development.

The ability to co-parent without power struggles assumes that the situation is not impaired by an unfit parent, parental alienation, or an uncooperative/unreliable/controlling parent.

Even if there are acrimonious feelings left over from your marriage, as parents you can still rise above yourselves and focus on being good parents who cooperate for the welfare of your kids.

Below are 10 tips for co-parenting without power struggles:

If you could, you probably wouldn’t have divorced. The only person you can control and/or change is yourself. So keep your side of the street clean, be an example of responsible behavior to your ex and kids, and keep your focus where you actually have control.

2. Keep the marriage out of parenting.

You’re not married to one another anymore, so don’t drag your unresolved issues into what remains: parenting your children.

Find a counselor, talk with friends, do what you have to do to get to a tolerable acceptance of your marital issues. But keep it away from your kids, and commit to providing a united front for their good.

Obviously, you have to honor yourself and practice self-care in order to be a healthy parent. But in terms of co-parenting, the litmus test of all decisions, both individual and collective, ultimately comes down to the needs of the children. Not their wants, necessarily, but their needs and highest good.

4. Never fight in front of the kids.

5. Never speak negatively about the other parent in front of the kids.

Instead of risking a he-said-she-said fallout when your ex shows up late for the umpteenth time, or skips a child support payment, or conveniently forgets an agreement, keep a record.

This doesn’t have to be something that is spiteful or intended to be held against your ex. It’s just a lot easier to prove your case or resolve an issue with receipts, timestamps of phone calls, etc. If everyone is holding up his/her end of the deal, all that proof can collect dust somewhere. But at least it’s available.

Remember that good parenting, like anything else, exists on a continuum. Just because two people do things differently doesn’t mean one is “right” and one is “wrong,” or that one is “good” and one is “bad.”

Embrace those differences that broaden your child’s perspectives and life experiences, and learn to let little things go if they aren’t detrimental and habitual. And most importantly, be aware of whether or not you are involved in a power struggle, and do your part to bring the focus back to the kids.

It takes a village — it really does — so always be building one. Don’t rely solely on the other parent. Both of you should have a support system that cares about you and your children, and on whom you can rely.

It’s only natural that single parents are going to miss their children when they go with the other parent — especially early in the divorce. But remember that a break-up is devastating to children on countless levels, and their closest sense of “family” is having a healthy relationship with both parents.

Both parents need their children, and children need both their parents. Be kind to your ex (and generous with visitation) and you will inevitably be kind to your children.

It can be so difficult to be responsible and reliable when you feel alone as a do-gooder. But co-parenting without power struggles depends on each and both co-parents being self-aware and self-accountable, even when the task seems more one-sided than fair.

In those moments when you want to scream, “Why should I…when you don’t…?” remember who is watching…and learning. That’s who needs to witness the example you set.

Divorce is hard enough, especially when two people part with stewing, unresolved bitterness. Having to co-parent children can feel like a test of your already stomped-on spirit. You may not want to share the same planet with your ex, let alone what you love most — your children.

But by shifting your perspective, you can actually embrace co-parenting — without power struggles — as an opportunity to ensure that your children grow up happy and healthy, reflecting the best qualities of both their parents.

Photo by Arleen wiese on Unsplash 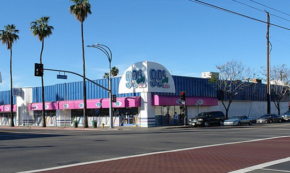 END_OF_DOCUMENT_TOKEN_TO_BE_REPLACED

Facebook234Tweet3Pin1EmailShares238
wpDiscuz
Share this ArticleLike this article? Email it to a friend!
Email sent!