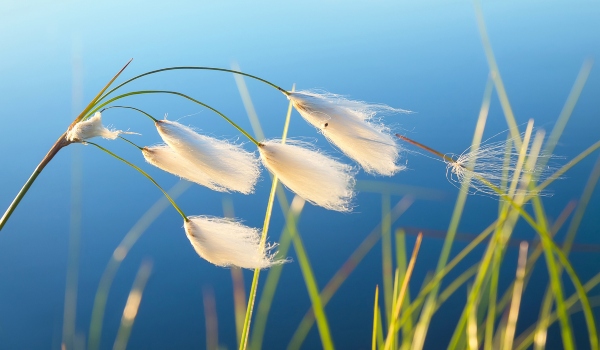 LONDON, 11 October, 2018 – The Arctic is becoming greener, warmer and leafier as small plants that once hugged the ground to trap snow and insulate their roots in the permafrost have started to gain in stature.

In the high latitudes, plants have begun to respond to climate change and warmer, moister soils by reaching for the sky.

It is estimated that, by 2100, the northernmost vegetation could have grown by up to 60% taller.

European scientists, backed by an international team of more than 120 biologists, report in Nature journal that tundra plants are gaining in height, and that species from further south are advancing towards the Arctic Circle.

Their conclusion is based on more than 56,000 observations of tundra vegetation and a close survey of growth at 117 sites around the high latitudes in Alaska, Canada, Iceland, Scandinavia and Siberia.

“The increase in height we saw was not just in a few sites but nearly everywhere,” says Dr Anne Bjorkman, a researcher at Germany’s Senckenberg Biodiversity and Climate Research Centre. “If taller plants continue to spread at the current rate, the plant community height could increase by 20% to 60% by the end of the century.”

“Precipitation is likely to increase in the Arctic region, but that is just one factor that
affects soil moisture levels”

Her research colleague, Isla Myers-Smith, of the University of Edinburgh’s School of Geosciences, says: “While most climate change models have focused on increasing temperatures, our research has shown that soil moisture can play a much greater role in changing plant traits than we previously thought.

The Arctic is one of the fastest-warming places on Earth. Sea ice has been in dramatic retreat and other research teams have repeatedly observed dramatic changes in the plants and animals that cling to life in the hemisphere’s harshest climate.

What happens to tundra vegetation matters as a vast community of birds, insects and mammals survives on the annual growth in the brief northern summer.

Plants both respond to climate change and play a part in that change. They affect the reflectivity of the ground surface, and warm the soil in ways that could release ever more greenhouse gases.

Half of the planet’s stored carbon could be trapped in the permafrost, and any escapes could only accelerate global warming.

“This is the first time that a biome-scale study has been carried out to get to the root of the critical role that plants play in this rapidly-warming part of the planet,” Dr Myers-Smith says.

And Dr Bjorkman warns: “Shorter plants trap more snow, which insulates the underlying soil and prevents it from freezing as quickly in winter. An increase in taller plants could speed up the thawing of this frozen carbon bank, and lead to an increase in the release of greenhouse gases.” – Climate News Network