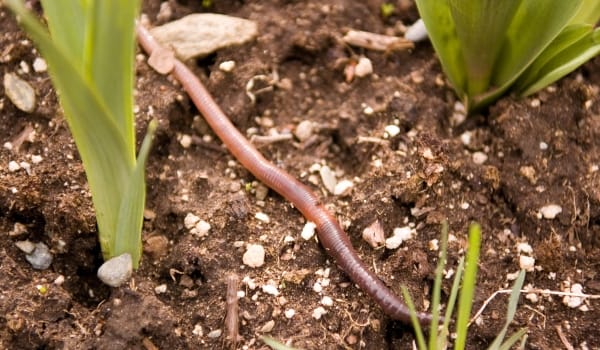 LONDON, 6 February – Climate change begins at grass roots level – and a metre or two deeper. A team of scientists contemplating the role of earthworms in the release of greenhouse gases conclude in Nature Climate Change that the same little creatures that create fertility in the soil also make a net increase to soil greenhouse gas emissions. They offer precise figures for others to challenge: earthworms increase carbon dioxide emissions by 33%, and nitrous oxide (N2O – another greenhouse gas) by 42%. The research – if supported by other findings – could settle an old argument about the role of soil in the great carbon dioxide question: is the soil a sink that, overall, stores more carbon than it releases – or does it on balance release more than it stores? One provisional answer, according to a series of analyses led by Ingrid Lubbers, a soil scientist at Wageningen University in the Netherlands, and colleagues in Arizona, California and Colombia, is that earthworms add to carbon dioxide emissions. This does not mean that earthworms are responsible for global warming. But it does help climate scientists understand a little more clearly how the planet could change in the next few decades. Earthworms are industrious little agents of soil fertility. Charles Darwin in the last years of his life calculated that earthworms silently shifted somewhere between 17 and 40 tonnes of soil per hectare, per year. They digested decaying vegetable matter and delivered fertility, turning the farmland and garden topsoil as efficiently as any plough, and to a much greater depth. Since land use change – the conversion, for instance, of forest to farmland, or farmland to suburbs – is a powerful factor in climate change, the earthworm must play a part, and as the world warms, this role could increase. “Over the next few decades earthworm presence is likely to increase in ecosystems worldwide,” the researchers write. “Large parts of North American forest soils are now being invaded by earthworms for the first time since the last glaciations. “Earthworm abundance and importance in agro-ecosystems will also steadily increase over the coming decades. Higher inputs of organic fertilisers will be applied to agricultural soils to feed the world’s growing population, providing food for earthworms.”

In other words, as human populations grow and economies develop, there will be more demand for food, and more for earthworms to do. The research is one of a whole spectrum of studies intended to explore how the atmosphere works, and why it works as it does, and how a change in one part of the system affects the rest of the package. Humans remain the principal agents of increasing greenhouse gas emissions. Earthworms – like marine algae, soil bacteria, tropical forest canopies, glaciation, erosion, volcanic discharges and oceanic currents – are just one component of the natural carbon cycle: the better the individual parts are understood, the more accurately climate forecasters can tune their models of the future. The Wageningen research is based on meta-analysis, that is studies of 57 other studies around the world. Dr Lubbers and colleagues urge further research and experiment to examine long-term effects, and variation according to season. The research does not answer the much bigger question of how earthworms affect the long-term stocks of carbon naturally buried in the soil by centuries of leaf fall and decaying vegetation. “There is more carbon in soil organic carbon than in atmospheric CO2, and agricultural soils are by far the largest source of N2O emissions, because these soils receive large amounts of nitrogen fertiliser,” said Jan Willem van Groeningen, a co-author. “Small changes in soil greenhouse gas dynamics can therefore have important repercussions for global warming.” – Climate News Network