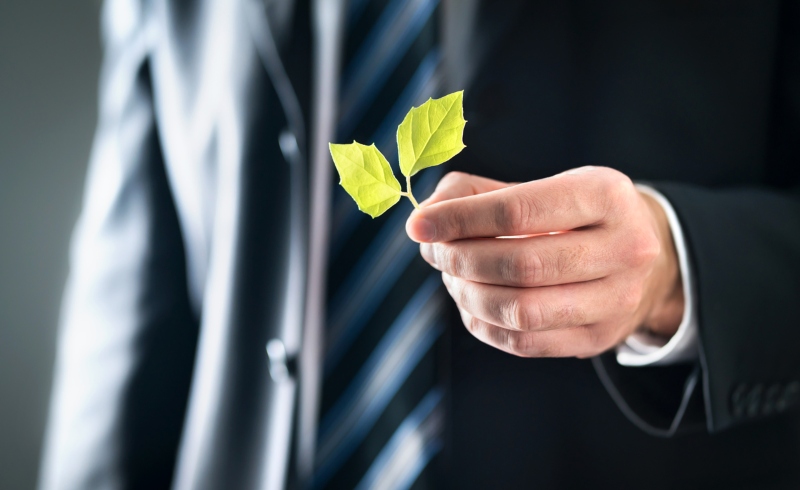 To combat climate change, one can avoid it via mitigation, or cope with it via adaptation. Even though these objectives are two sides of the same coin, their synergies and conflicts tend to be overlooked.

“Because of the way international negotiations and national policies have separated adaptation from mitigation, two different communities of practices have emerged and they don’t talk to each other,” says Bruno Locatelli, a scientist working for the Center for International Forestry Research (CIFOR) and CIRAD, a French research institute specializing in international agricultural and development issues.

“This separation also occurs on the ground, as projects developed to fight climate change tend to match donor or policy requirements, which generally focus on either adaptation or mitigation.”

Locatelli spoke with Forests News on the importance of marrying the two to achieve better results when it comes to climate change.

Why is it important for mitigation and adaptation strategies to be combined in climate policy?

In climate change discussions and negotiations, we tend to address the cause of climate change (via mitigation) and its consequences for people and ecosystems (via adaptation) separately. This makes sense analytically because mitigation and adaptation have effects at different timeframes (long vs. short term, respectively) and spatial scales (global vs. local). It makes also sense for some sectors; for example, energy tends to be concerned mostly by mitigation because of its large emissions, whereas health is mostly concerned by adaptation because of its sensitivity to climate variations, such as heat waves.

But when it comes to on-the-ground activities in land-use sectors such as forestry and agriculture, it does not make sense to separate adaptation and mitigation objectives because land-use management affects both the volume of emissions and the vulnerability of ecosystems and people to climate variations.

When a mitigation project in forestry (such as a REDD+ project) aims at livelihood diversification, this may be a first step toward thinking how diversification can reduce people’s vulnerability to climate variations and toward increasing adaptive capacity.

You cannot say that you will plant one tree for its adaptation benefits and another one for its mitigation benefits. Focusing on solely one objective and forgetting the other can be dangerous because of the potential trade-offs and adverse effects.

What are some examples of these trades-offs?

An example is related to reforestation. If I want to maximize carbon sequestration in one area facing the problem of water scarcity and I start a forest plantation with intensive management and fast-growing tree species that consume a lot of water, it wouldn’t add up. Sure, I would achieve my goal of addressing global climate change by removing carbon from the atmosphere, but I would exacerbate the local water problems. People living downstream may suffer water shortages and become more vulnerable to climate change.

Another example is related to adaptation in agriculture. For example, I can reduce the vulnerability of agriculture to drought by using energy-intensive irrigation, or by increasing fertilization, both of which would emit more greenhouse gas. My crops would be less sensitive to climate change but I would contribute to an increase in global climate change.

It sounds contradictory, doesn’t it? But this is what happens when we think too narrowly about either adaptation or mitigation.

When I am sick, my doctor tries to fight the cause and the consequences of the disease at the same time. If an infection (the cause) results in high fever (the consequence) and a doctor gives me medicine that treats the infection but increases the fever, we are in the same situation as with mitigation initiatives having adverse effects on adaptation.

If this doctor gives me medicine that lowers the fever but increases the infection, we are in the same situation as with adaptation initiatives having adverse effects on mitigation. In both cases, the narrow analysis of the doctor can lead to severe problems. This is exactly what could happen with climate change initiatives that fail to see the big picture.

So should all projects and policies address adaptation and mitigation jointly?

We should not force the integration of adaptation and mitigation in all projects and policies. Project developers and policymakers must have a good reason to do it. But first, they must be aware that this is possible.

How can international funds and standards help projects to harness synergies?

The institutional settings of most international climate funds do not create incentives for projects to search for synergies between adaptation and mitigation. International funds could provide more information and technical assistance, or prioritize projects that integrate both goals or assess the costs and benefits of considering the other goal. For example, mitigation projects that assess climate risks and decide on integrating adaptation.

The Green Climate Fund could test innovative approaches to the integration of adaptation and mitigation and stimulate changes at the national level in recipient countries and at the local scale in projects, contributing to the mainstreaming of climate change in development.

International standards can also play a role in improving the integration of adaptation and mitigation. For example, we saw in our analysis that mitigation project documents developed in the framework of the Climate Community Biodiversity standards more often described adaptation measures and outcomes, as these standards provide guidance on adaptation and require adaptation to be addressed to achieve a Gold Level certification.

Verification on the ground of implemented projects could help us understand whether such standards make a real difference in practice, or whether they simply provide lip service by adding adaptation elements in project documents.

Previously published on forestsnews.org and is republished here under a Creative Commons license.
—