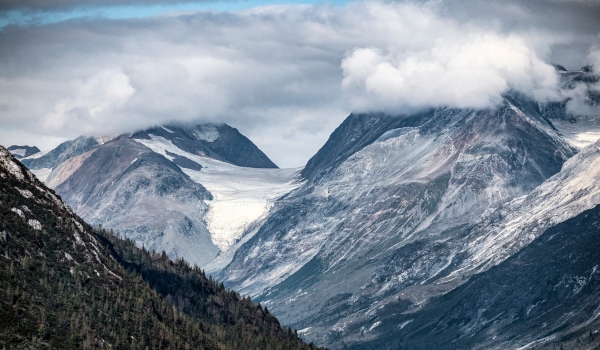 LONDON – Climate scientists think they may have found at least part of the answer to a conundrum which has been puzzling them recently – why the atmosphere has not warmed as much as expected over the last decade or so. A team led by the University of Colorado-Boulder (CU-Boulder) thinks the reason may be emissions of sulphur dioxide (SO2), a known inhibitor of atmospheric warming, from many of the world’s volcanoes. The puzzle is why the global average temperature has not increased as expected in step with rising greenhouse gas emissions. This has led some to suggest that global warming itself is faltering, and with it the entire scientific justification for action to stabilise the climate. The chair of the Intergovernmental Panel on Climate Change, Dr R K Pachauri, was reported in  The Australian on 22 February as having acknowledged “a 17-year pause in global temperature rises, confirmed recently by Britain’s Met Office”, but “said it would need to last ’30 to 40 years at least’ to break the long-term global warming trend”. Most SO2 emissions are from fossil fuel burning at power plants and in industry, with smaller amounts coming from railways, large vessels and some industrial processes.

Small quantities of the emissions eventually rise into the stratospheric aerosol layer of the atmosphere, where chemical reactions create sulphuric acid and water particles that reflect sunlight back into space, cooling the planet. Scientists have known for years that this cooling mechanism from a range of aerosols is helping to prevent global average temperatures rising as much as they otherwise would under the influence of greenhouse gases, but it appears they have underestimated the effect of volcanic SO2. India and China are estimated to have increased their industrial SO2 emissions by about 60% between 2000 and 2010 through coal burning. But the study, published online in Geophysical Research Letters, suggests it is volcanic eruptions, not Asia’s emissions, that are largely responsible for the warming slowdown. The study’s lead author, Ryan Neely, said previous observations had suggested that increases in stratospheric aerosols as a whole since 2000 had cancelled out as much as 25% of the warming from greenhouse gases. “This new study indicates it is emissions from small to moderate volcanoes that have been slowing the warming of the planet”, said Neely, a researcher at the Cooperative Institute for Research in Environmental Sciences, a joint venture of CU-Boulder and the National Oceanic and Atmospheric Administration (NOAA).

The new study relies on long-term measurements of changes in the stratospheric aerosol layer’s “optical depth,” which is a measure of transparency, said Neely. Since 2000 the optical depth in the layer has increased by about 4 to 7%, meaning it is slightly more opaque now than it was. “The biggest implication here is that scientists need to pay more attention to small and moderate volcanic eruptions when trying to understand changes in Earth’s climate”, said Professor Brian Toon of CU-Boulder’s Department of Atmospheric and Oceanic Sciences. “But overall these eruptions are not going to counter the greenhouse effect. Emissions of volcanic gases go up and down, helping to cool or heat the planet, while greenhouse gas emissions from human activity just continue to go up.” “This paper addresses a question of immediate relevance to our understanding of the human impact on climate,” said Neely. “It should interest those examining the sources of decadal climate variability, the global impact of local pollution and the role of volcanoes.” While small and moderate volcanoes mask some of the human-caused warming of the planet, larger volcanoes can have a much bigger effect, said Toon. When Mount Pinatubo in the Philippines erupted in 1991, it emitted millions of tonnes of SO2 that cooled the Earth slightly for the next few years. – Climate News Network