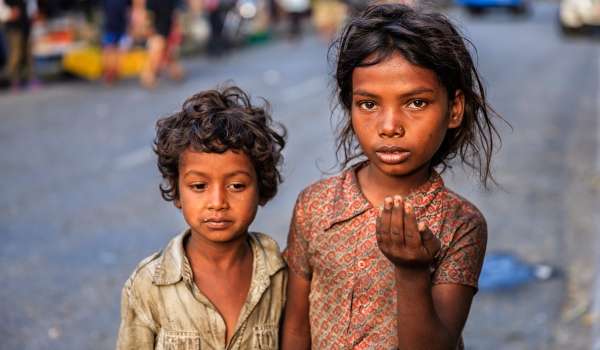 LONDON – Eradicating poverty by making modern energy supplies available to everyone is not only compatible with measures to slow climate change, a new study says. It is a necessary condition for it.

But the authors say the scheme to provide sustainable energy worldwide will not by itself be enough to keep the global average temperature rise below the widely accepted international target level of 2°C. While the scheme can help measures to tackle climate change, it cannot achieve that by itself.

The scheme, the UN’s Sustainable Energy for All initiative (SE4All), if it proves successful, could make a significant contribution to cutting greenhouse gas emissions, according to the analysis from the International Institute for Applied Systems Analysis (IIASA) and ETH Zurich.

The study, published in Nature Climate Change, shows that reaching the three energy-related goals of SE4All would cut GHG emissions and is achievable.

It found that the short-term goals, due to be reached by 2030, would help achieve long-term climate targets. But to ensure stringent climate objectives were reached, SE4ALL would need to be matched by other measures, the researchers say.

SE4All ‘necessary – but not sufficient’

SE4All’s objectives include providing universal access to modern energy, doubling the share of renewable energy globally, and doubling the rate of improvement in energy efficiency – all by 2030.

While the objectives do not explicitly address climate change, sustainable energy is accepted as vital for cutting GHG emissions: 80% of CO2 from human activities comes from the global energy system, including transport, buildings, industry, and electricity, heat, and fuel production.

“Doing energy right will promote the Millennium Development Goals and at the same time kick-start the transition to a lower-carbon economy”, says IIASA researcher David McCollum, who also worked on the study. “But the UN’s objectives must be complemented by a global agreement on controlling GHG emissions.”

SE4All has global goals, but the researchers say action at regional and national levels will be essential to achieving them. IIASA’s energy programme leader Keywan Riahi, a co-author of the study, says: “The next step for this initiative is already under way, with a large number of national plans that underpin the global objectives.”

They analysed the likelihood of the world limiting global warming to target levels if each or all of the SE4All objectives were achieved. Using a broad range of scenarios, they found that if all the objectives are met, the likelihood of keeping temperature rise below 2°C will be more than 66%.

Many variables
If only the renewable energy goal is met, chances of staying below 2°C will range from 40 to 90%, they say, while achieving just the energy efficiency goal will improve the chances to between 60 and 90%.

But the researchers warn that this result depends strongly on what future economic growth is assumed. They say the likelihood of reaching climate targets within the scenarios depend on a range of other factors, including energy demand growth, economic growth, and technological innovation.

The study also found that providing universal energy access by 2030 will not hinder long-term climate goals, thanks to the marked gains in energy efficiency that will result. “Sustainable development and poverty eradication can go hand in hand with mitigating climate risks,” says Rogelj.

He told the Climate News Network: “To ensure effective climate change mitigation, a global treaty on greenhouse gases should enforce a cap on global emissions which limits emissions from all sources.

“With such a cap SE4ALL can help to limit emissions from the energy sector, but other measures will have to tackle those from other sources like deforestation, or other gases, like methane from agriculture and waste, or facilitate an even quicker decarbonization of the energy sector, like carbon-capture and storage.”

The new work also quantified the potential costs of reaching the SE4All objectives, which would amount to increasing energy investment by between 0.1 and 0.7% of global GDP. The authors’ estimates account for the substantial savings in energy use and reduced fossil energy investment that would result from promoting more sustainable energy technologies and lifestyles. – Climate News Network