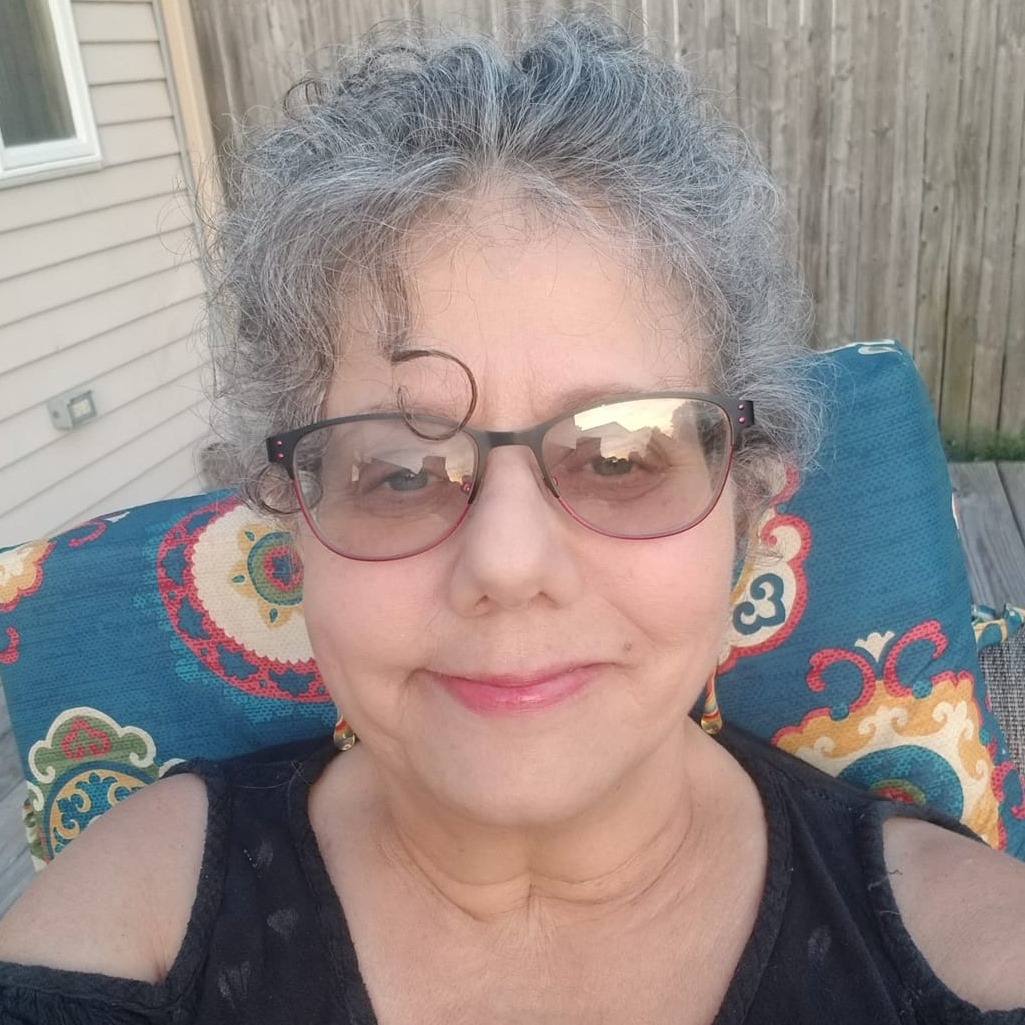 I am 61 years old and most people who don’t know me would be surprised. I have been known to pass for at least a decade, and if someone was being generous, two decades younger. Sometimes I rock purple hair. Call it good genes, since both of my parents were fairly fit and youthful-looking into their 80s and I had an aunt who died at 103 and lived independently until she was 92. Not sure I will match their longevity. I wonder if aging was something they contemplated or simply lived. When asked certain questions toward the last six months of my mother’s life, she paused and mused and said, “I never thought about it.” Not saying that she wasn’t a deeply feeling person. Both she and my father were expressive and demonstrative with their emotions, most especially those that were about love and connection. In their presence and now long after their deaths (he in 2008 and she in 2010) I feel loved. It  was her Que Sera, Sera attitude at play, as she would often say, “What will be, will be”  Couple with my father’s statement, “You never know what tomorrow brings,” I learned to enjoy the many strung together moments of my own life.

By the time they were my age, they had raised two children, who were launched into careers and marriage. They were counting down the few years until they could retire at 65 to what they considered paradise, a.k.a. Ft. Lauderdale, Florida. Soon after they headed south, they became grandparents who adored their grandchildren. Their time was spent between leisure (pool lounging, ceramics classes, time with new friends) and work. My dad worked for another 18 years in their town center, helping to manage the gym ( he was a life long athlete and gym rat) and hand out bowling shoes and roller skates. My mom taught water aerobics and senior stretch class that she called “Stretching With Selma” One of her students made a t-shirt with that emblazoned on it. Even though they were fit, they still had aches and pains. In her 70s my mom developed sciatica with accompanying neurological pain.

Sadly, I think I may be joining her in that condition since, as active as I have been I find myself limping, with a sharp pain in my left sacral spine. Next week’s chiro appointment may help send it on its way. Stretching with an exercise band, doing yoga, doing pushups on a large exercise ball and jumping on a rebounder helps me feel more limber, At the moment I am leaning against an ice pack on my recliner. In addition, my hands have been feeling swollen and arthritic which is not thrilling since typing requires nimble fingers. Massaging them seems to help. “This was not supposed to happen to me!” I always believed that a healthy state of mind kept these conditions at bay. Apparently not. I use ice and topical arthritis cream for my aching muscles. I have started taking Glucosamine for my joints, Ginko Biloba that my mother used to call her ‘Ginky Binky’ when she took it for her scattered memory. I have added Black Cohosh for my ‘power surges,’ which I haven’t had since in the midst of menopause at least 5 years ago. They have returned with a vengeance. Not sure what’s going on that had them zap me again. Back to the nighttime routine of covers on, covers off, and fanning myself in daytime hours. A nurse friend thinks it may be adrenal rather than hormonal.

Another friend who is knowledgable about essential oils is making a concoction specifically designed for my needs. I am also wondering if my body is reacting to the ways of the world at the moment. As an empath, I feel like a sponge, soaking up the emotion soup in which we are all splashing.

I know I am taking this aging thing seriously since I am creating my will. My son reminds me that I am old, teasingly, of course, but I think he is worried. He has been coming over to mow my lawn which is something I enjoy doing myself,  but pay for it afterward with an aching back. When I spend time with my darling grandson who has the attention span of a flea so we go from activity to activity, shifting gears every ten minutes, I feel ouchy but blissed out from his antics and the laughter that bubbles up. (Whooossshh…just ‘flashed’ as I am typing these words.) I love hanging out on his playmat with him, but standing up is a stretch. He just giggles as I groan, feeling like my own aging Bubbe who would kvetch at times about her discomfort. This hippie Bubbe has no intention of falling apart and feeling ‘decrepit,’ as my mother would sometimes admit to reluctantly. 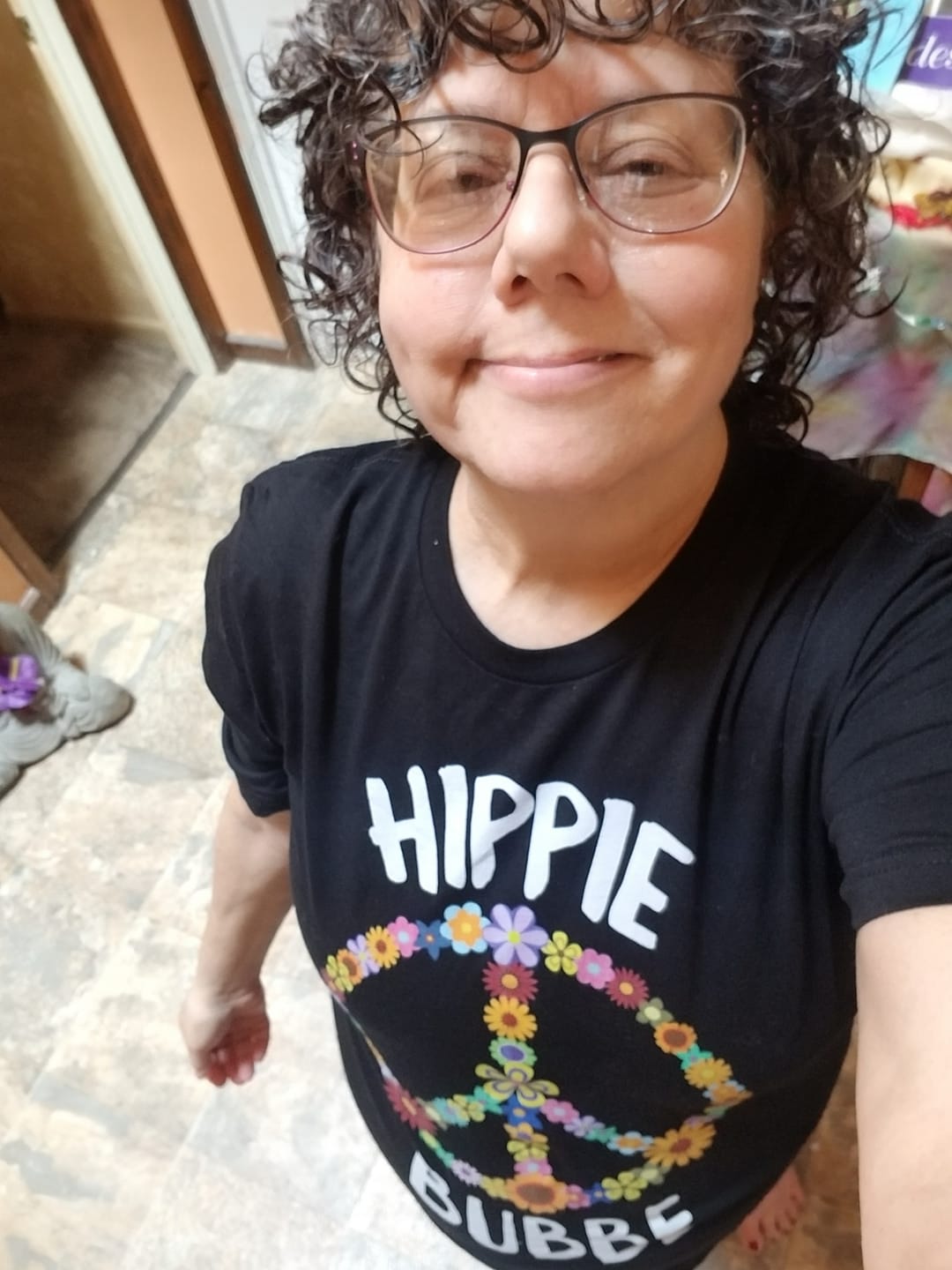 Yesterday I took an outdoor selfie before being interviewed on a Facebook Live. It was the first time in a while that I wore makeup, so I felt fancy. When my sister saw it, she exclaimed, “You look like Mommy!” I was flattered since our mother was a beautiful woman. There are times when I feel like I am channeling her as her sage words come through me and take me by surprise. I have her rock-like fortitude and determination to be of support to others, her deep concern for the people in her life, and her devotion to her family. My son told me when Dean was in utero, that he would be the center of my universe. He was right. The little drool monster has captured my heart.

Recently, I have heard the term ‘queenager’ to describe a woman of a certain age. I am delighted to have reached an age in which wisdom has been acquired through experience. I call myself a seasoned woman; seasoned by life and love.

Mirror, mirror on the wall, I am my mother after all. May I age as gracefully as she did and when my time comes may I go in peace, leaving a legacy of love.

*P.S. After I initially sent this to my editor, I received a return message that had me laughing and shaking my head at the irony. Instead of including the direct link to this article, I forwarded him the internal link for the aforementioned Facebook Live. Oy!

Images courtesy of the author