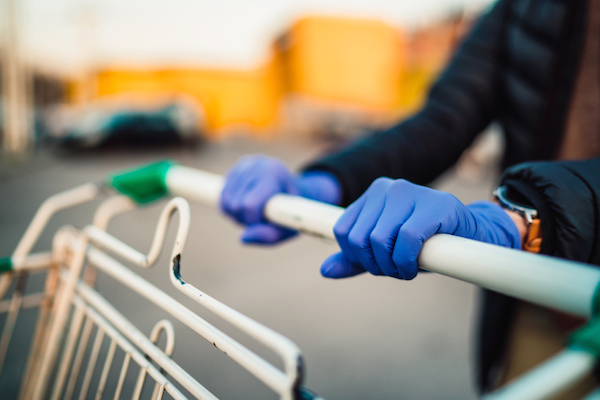 I am one of the chosen and neither appreciative nor surprised

The conservative and ultra-conservative oligarchy who have paid, bullied, lobbied, and sown discord for their own greed, power, and control has decided that rather than sacrifice one dollar of their billions, people over sixty or health-compromised need to sacrifice their lives for the good of the country – their country.

In our current age of denial, the actuality of facts, data, and forecasting are cast aside in favor of egoistic lies, fallacies, and disconnects which have proven disastrous since 2016. Some of these are: Puerto Rican lives destroyed or lost during the hurricane and aftermath in Puerto Rico; Californian lives destroyed during and after the California fires.; Ukrainian lives lost to our executive branch’s belief in Russian propaganda; and Kurdish lives lost to protect our president’s properties in Turkey; and, deaths due to our archaic gun laws allowing mass murder by domestic terrorists in our schools, businesses, and public spaces.

Washington Post report: Texas Lt. Gov. Dan Patrick (R) suggested to Fox News host Tucker Carlson on Monday that grandparents, including himself, would gladly sacrifice their lives to preserve the financial well-being of their children and grandchildren. Fox News’s Brit Hume defended Patrick’s position Tuesday, saying it was a “reasonable viewpoint,” adding “the utter collapse of the country’s economy, which many think will happen if this goes on much longer, is an intolerable result.” Profit over people.

The American executive branch of government has failed the American population, again. And, the people who finance and empower this disfunction don’t seem to be stepping in to help. Millions of people who are the support personnel such as janitorial staff, clerks, delivery people, all hourly workers, and practically everyone in the restaurant, hospitality, travel, event, and entertainment industry are fighting for their lives.

It has been the goal of America’s corporate leaders since Plymouth Rock and Jamestown to own and hoard the wealth, natural and produced, in this country. The government’s role was to provide a stable support structure to ensure that stockholders and stakeholders benefitted. In other words, capitalists were welcome to make money and pay taxes that supported the community and national programs for life, liberty, justice, and freedom for all Americans. This is called Public Trust. Since the 1929 depression and the Presidency of Franklin Delano Roosevelt, the oligarchy has been actively interfering with that policy, ignoring the inequities, and profiting.

When times get rough, like our current pandemic, instead of supporting their workers by extending benefits and paying sick leave,  corporations lay them off, wash their hands of the problem, and ask the government for bailouts. Bailouts, in case it’s not clear, are tax dollars paid by exploited workers who now have no money. The richest people in the country seem to avoid taxes when it’s time to pay them but have no problem demanding tax money be paid to them.

Dead people don’t shop, use up their social security allotment, or healthcare benefits.

Disease, war, and natural disasters control populations. We have come a long way in understanding them. When our tribal ancestors faced these hardships, they blamed the gods for their misfortune. Today, we know that our oligarchy has intentionally powered these disasters by profiteering, disregarding their destructive and oft times fatal consequences. Today, as a result of profit over people, we may have the largest laid-off/fired workers who fear homelessness, hunger, isolation, abuse, and sickness. There is no money for any extras. Hence price gouging — get what you can from whomever you can. Profit over people.

COVID-19 was not a surprise

The newest scourge on the planet is the COVID-19 virus. I watched it erupt in China. I’m a writer who can barely take care of myself. I saw the disease spread from Wuhan, throughout China, to South East Asia. So did the oligarchy. Then, to no one’s surprise, it hit America. Over 2,000 dead as this writing and the number is increasing exponentially. The Chinese government said, “Stay at home. Get tested.” Our government said, “No problem.” I believed the Chinese who jumped into action rather than our government who couldn’t seem to figure out how to own the emergency, control the stock market, or coordinate inventory to supply people and hospitals with vital supplies.

The corporate leaders knew the truth, hid it, and lobbied against it.

So, if I’m a big corporation with thousands of workers, and I see China shut down, tight, to fight this virus, I know, with absolute certainty, I need to shut down my operations to save my workers. How do I, in good conscience, advise the President of the United States to minimize the threat so I can maintain my corporate schedules while risking the lives of all my workers and their families?

I, as a corporation and member of the oligarchy, do it because I know my extreme wealth comes at the expense of minimizing worker benefits. Low wages so workers must show up to meet living expenses and work two or more jobs for essentials. Job-tied healthcare so workers must show up or they forfeit health care for themselves and their family, especially if there are pre-existing conditions. No sick-leave pay so workers must show up to work with colds, flu, viruses, and other contagions, including COVID-19 and spread the infection to everyone around them. Let the workers die as long as production continues. Profits over people.

People as commodities, not humans.

I joined The Good Man Project in 2016. It was the first time I had heard that men were disposable. Not possible, I thought. I was wrong. I found out about the high suicide rate for men 45-64, when corporate America deemed them too old to be “current.” The fallout was often divorce and isolation, which often exacerbated disease and depression followed by suicide. Egad!

Then I found out that male students involved in athletics were killing themselves because of CTE (Chronic Traumatic Encephalopathy). What? For the glory, the girls, the scholarships, the perks, school marketing, bonuses to schools, owners, and coaches, for the entertainment of others, head-banging sports such as football, wrestling, soccer, and ice hockey, boys and men were damaging their brains. To stop the pain and the disfunction, our athletes were drinking, drunk driving cars and motorcycles, unable to carry out executive functions, schoolwork, or social interactions. When they didn’t kill themselves by accident, they did it intentionally. If unsuccessful, and they lived, they often lived a life of alcoholism and pain often ending in early onset dementia—with no money or healthcare. In the end, profit over people.

Rabbi Hillel, “In the end, we will remember not the words of our enemies, but the silence of our friends.”

In the beginning, we, the people, could have stopped all this. Stood up against the blatant ravaging of peoples, cultures, social norms, racism, misogyny, antisemitism, and ageism, for a start. We’ve had many elections and opportunities to get rid of the people who chose to serve the oligarchy and allow the raping of our natural resources and species destruction throughout the world.

We, the people, chose/elected liars and deniers, and guns over schoolchildren. We, the people, chose hate, authoritarianism, denial, abuse, divisiveness. We, the people, allowed the blatant outright dismissal of our voting rights through gerrymandering and partisan election officials. We were silent. Not all of us. Still, those who resisted didn’t resist enough. As rules were being broken by the opposition, resisters held to the rules. When the game turned dirty, many packed up refusing to play their game. Our silence allowed profit over people.

I believe that our current disconnect, morally and ethically, has to do with people’s perceptions. There is a huge difference between voting for candidates who “speak to us” versus candidates who “speak for us.” Actions speak louder than words. Facts and data matter. Any candidate that says otherwise is only in the race to line his or her own pockets. Profit over people.

From now through 2020 elections, PLEASE make sure everyone you know is registered. Make sure that everyone you know completes and turns in their ballot, for every single election: local, state, and federal. Every vote, every choice matters. We must end homelessness, hunger, discrimination based on race and/or gender. We must ensure education for all, justice equality, universal healthcare (pandemics will become the norm), sick pay, job security with wages tied to community living standards – one person one job. There’s way more, but it starts with elections and everyone’s VOTE.

Remember, when it’s profit over people – the endgame is death.