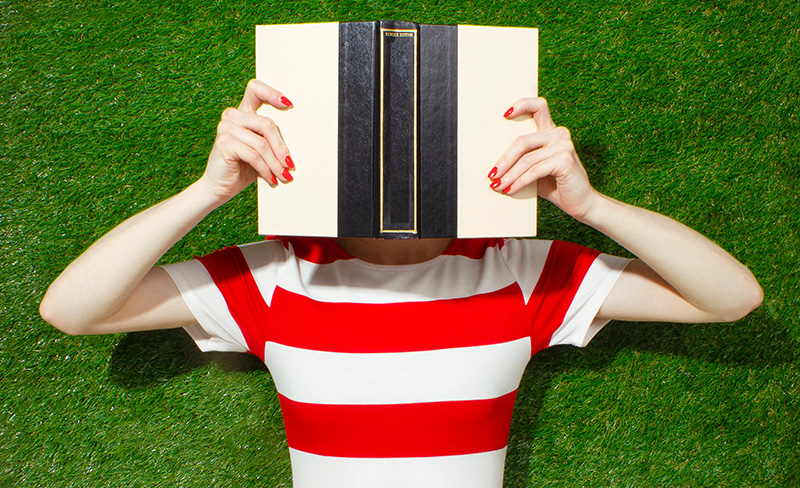 A five-word epiphany on finding happiness and fulfillment.

I know. The headline reads like clickbait. But I promise you this, and I don’t promise lightly: The five words you are about to read hold the power to change your life—that is, if you choose to let them. I know, because they changed mine.

These words express a simple premise, but one that is perhaps the most difficult to adhere to, and especially hard for anyone who—as a child or adult—has been made to feel broken and unworthy. The challenge of following this rule is twofold: first to recognize devaluing relationships—at work, in friendships, at home, even with ourselves; and second to summon the courage to leave.

What are the signs of a devaluing relationship? They can be obvious or subtle and insidious. If your partner, friend, or boss talks down to you, insults you, bullies or intimidates you, and otherwise treats you like a worthless piece of crap, it’s clear you’re being devalued, though you may try to deny it because it doesn’t align with your sense of who you are. It’s harder to see devaluing behavior when you’re under-appreciated, undermined, unsupported, and taken for granted by someone who signs your paycheck or treats you like one. Being devalued is often less about what’s being done to you than about what’s left undone or withheld, the absent gratitude, the praise that’s never spoken, and we often get used to living on scraps, awaiting a feast that will never be served.

Being employed does not mean you’re valued.

Being in a relationship does not mean you’re valued.

Being financially supported does not mean you’re valued.

Being taken care of does not mean you’re valued.

Being made love to does not mean you’re valued.

Being told you’re beautiful does not mean you’re valued.

Being put on a pedestal does not mean you’re valued.

Being called on for every crisis does not mean you’re valued.

Being told you are loved does not mean you’re valued.

Being loved for what you give and not for who you are does not mean you’re valued.

Learn to distinguish being used from being valued.

When you feel depleted, diminished, and discouraged, you’re being used.

When you feel enriched, empowered, and encouraged, you’re valued.

When your contributions are unseen, unmentioned, and unrewarded, you’re being used.

When your contributions are acknowledged, appreciated, and advertised, you’re valued.

Listen quietly to your heart, and you’ll know if you’re valued.

Our sense of self-worth does not depend on the estimation of others. We are all worthy. But our feelings of happiness and contentment center on knowing intellectually and feeling on a deep emotional level that we matter, that our life brings value to other people.

When you spend time in a devaluing relationship, you become convinced that no one will value you. This makes it difficult to walk away. You think things can only get worse, that the devaluing situation is the best you can do—and the best you deserve. Walking away takes strength, belief in yourself, resolve to move forward, and the courage to take a risk. It also requires the awareness that the risk of being continually reduced is nothing less than personal evaporation.

When you walk away, you might be alone for a while. But the odds are good you’ll find something better. And to that I say, “Deal me in.”

Photo by Amy Shamblen on Unsplash

A collection of Thomas G. Fiffer’s articles for The Good Men Project on dysfunctional relationships is available on Amazon in his book, Why It Can’t Work: Detaching From Dysfunctional Relationships to Make Room for True Love.

The guy who wrote this is clearly deeply narcissistic and woefully insecure. He’s telling us our sole preoccupation should be whether people feeding our ego and if they aren’t don’t bother.

“When your contributions are unseen, unmentioned, and unrewarded, you’re being used.” – No anonymous acts of kindness for this guy – altruism just ain’t worth it unless there’s some tangible benefit,

What is wrong with the world today???

Sometimes,we think we are undervalued but in reality we are just being challenged by the other person to be better. The post is too simplistic and is dangerous advice especially for the weak willed. We shouldn’t just walk away when we feel like we’re undervalued because sometimes battling thru those feelings makes us stronger.

This post popped up in my timeline in a very timely manner. I’m dealing with the aftermath of this at the moment. This and another post by Mark Manson pretty much sum up what I believe will be SOP for me in the future. I have to feel valued, and I have to feel I’m important. I cannot continue to give my heart and soul to someone to whom I’m a convenience, or nice to have around. I see in some of the comments that folks are getting tied into the communication aspect. But the reality is – that’s part… Read more »

To Julls and AM: If a person is not sure whether or not s/he is valued in a particular relationship, then there is no reason for that person not to try to find that out. Ask for a raise or promotion at work, honestly talk out feelings with a friend or partner. Yes there are ‘love’ languages (I put that in quotes as we’re also referring to employers here), and we can ask for what we’d like to hear. So, I’d say the golden rule would be “only stay where you’re valued …enough for someone to show you in a… Read more »

“When you feel diminished and deleted, you are being used…” Yup…it took me a long time to realize this…I did everything I could to keep the peace in a relationship…which meant I became mute when I had so much to say….which meant I was walking around like a zombie when I wanted to scream and shake myself awake…it got to the point where I couldn’t be a more perfect Stepford Wife-like robot and he still complained that I was not doing enough…I couldn’t take it anymore…it took me along time to realize it had nothing to do with me…it was… Read more »

I have to agree with Julls here, that the argument is a bit too simplistic in the post. In addition to Julls’ point about different ways of communication, there’s also the issue of different mentalities. Someone with low self-esteem will unconsciously tend to interpret the signals and words of people around him or her in a negative fashion. Even if that person is very highly valued, s/he might not believe it (no matter what) and tell him/herself that she’s in fact undervalued. S/he might go so far as to say that the other person is just saying they love him/her… Read more »

Great post! Only stay when you’re valued, totally agree with you. Thanks.

This is a very good advice. But the problem is that people communicate appreciation in different ways. There are different “love languages,” there are subtle, non-verbals ways to express appreciation, there are cultural differences concerning praising your family, and there are people who grew up seeing praise as empty flattery. Consequently, one can feel undervalued, when the problem is not the lack of appreciation but miscommunication. Does this mean that the golden rule should be “only stay where you’re valued … according to your standards of how to express appreciation”?

This is great, Tom, thanks!

However… what’s with the super annoying auto-play video ad at the top of the page? I will have to stop looking at GMP pages if I’m assaulted by an auto-play video every time (or even some of the time). They are as annoying as the ‘blink’ tag in 1990’s HTML. Videos are fine but they need to play only when the viewer wants them to.

Valuable for people of different ages at different stages.

Love it Tom. Thanks for posting this. I’ve been in a devaluing situation before and you are right, it is hard to leave. But every time someone reads the “truth” as you have spoken it, it brings them closer to opening the door to freedom. So thanks!

Facebook14kTweetPin65Email1Shares14k
wpDiscuz
Share this ArticleLike this article? Email it to a friend!
Email sent!