They seem to symbolize the strength of a man. Hugo Toovey found out that losing one, actually made him stronger.

In June 2013, after almost 4 years of intense training, I was only months away from graduating as an Army Officer in the Australian Army. I was a fit and healthy young 22 year old. But after being diagnosed with testicular cancer, I had surgery to remove one of my balls, endured months of chemotherapy and had very invasive surgery to remove all of my abdominal lymph nodes. I felt like half of a man.

When I was first told I had to have my ball removed, I didn’t really know what to think. Would it impact my sex life? Would I still be able to have children? Would others judge me? Would I be less of a man? Reflecting back, the fear of the unknown was the most painful part of the experience.

In order to keep some semblance of my physical manhood intact, I decided to opt for a prosthetic. It seemed to me that having a bit of symmetry down below would make me feel (and look) a bit more normal. I did find it mildly amusing that there were different types of balls to choose from. I felt which one was the best to hold, looked at all the different sizes, the slightly varying weights, and the different brands available. It reminded me of the time I went shopping for a tennis racquet. In the end, I just told my Urologist to match it up with the other guy.

In the recovery room after the surgery I vividly remember my Urologist coming in to have a look at his work. He examined my ‘new’ ball and gave it a bit of a squeeze. Like any man would do, I automatically jumped in shock. He quickly apologised and asked “did that hurt?” With a confused look on my face I responded with “well no… but it should have!”  Understandably, it took a while for me to adjust to the fact that I could no longer feel any real sensation in my right ball. However, soon enough I was back to normal and you can only guess what my new party trick was…

The other day my mate told me to “be a man” and “grow some balls” because I was having a night in with my girlfriend. With my poker face intact, I replied “so does that make me less of a man for only having one ball?”  I wish I could have captured the look on his face, like a deer caught in the headlights, hilarious.  Who would have thought that only having one ball would come in handy like this?!

It was at this moment I realized, for the first time, what being a real man actually meant. I learnt that it doesn’t mean how physically tough you are, whether or not you cry in The Notebook, or based on the size of your ball(s). It may have taken me to get cancer and lose a ball to really understand this…but I am no longer afraid in sharing my emotions, I am no longer worried about how others may judge me, and I am now committed in using my experiences to help others in whatever way I can… I am more of a real man than I ever was.

Or should I say, ball.

Hugo Toovey is a 27-year-old Captain in the Australian Army. In 2013, Hugo’s life drastically changed when he was diagnosed with testicular cancer. This resulted in surgery to remove his testicle, months of chemotherapy, and very invasive surgery to remove all of his abdominal lymph nodes. As well as fighting (and beating) testicular cancer, Hugo was also diagnosed with bowel cancer in 2018. This resulted in 3 weeks in hospital and 2 major operations – which included having his colon removed which was riddled with cancer. If it wasn't for early detection, Hugo’s chance of survival would have been very different.

These life-threatening adversities is what led to Hugo starting “25StayAlive”. 25 is the new 50. Know your body, know yourself. Being proactive and aware of your body at a younger age might just save your life one day.

It is the most common Cancer to get for young males aged 15-35.

But one of the most curable when detected early…

Be aware of your body and don’t ever put off going to see a doctor!

Movement underway now, Hugo. Finally we are taking note of this issue and starting to educate. There are man support groups such as “blue balls”, started by guys that have gone through this. Men are at risk in their twenties, but there is no education on the importance of self examination. Testicular cancer is one of the most curable cancers known to us, but boys are still dying by the thousand for little more then lack of awareness…not to mention everything you’ve stated in your essay. Thanks for being courageous enough to break that wall. …and thank you too, Lee,… Read more »

Thank you for writing this. I’ve always wondered if there were men out there who spoke openly about losing a “ball” and if they would feel less of a man because of it. I’m also a cancer survivor and lost a breast (no reconstruction). I never thought for a moment that I would be looked at as less than a real woman but I came to find out that there are many who view me as such. Very disheartening. I’m glad you had the courage to speak about your experience and I hope it brings things to light for so… Read more »

Hi Lee, thank you very much.

I appreciate it, and very true words.

I hope you are doing well!

All the best, Hugo. 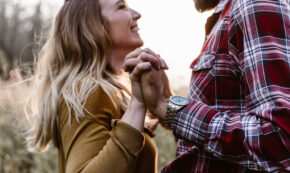 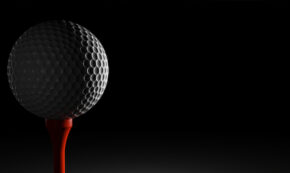 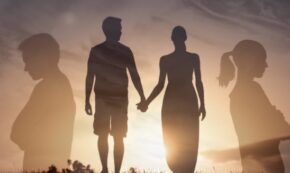 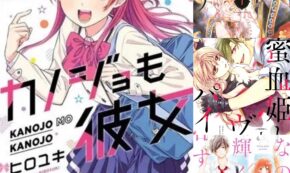 FacebookTweetPinEmailShares116
wpDiscuz
5
0
Would love your thoughts, please comment.x
()
x
| Reply
Share this ArticleLike this article? Email it to a friend!
Email sent!