Philosopher Arthur Schopenhauer once said, “Politeness is to human nature what warmth is to wax.” It’s true. Being kind and considerate softens people and makes them malleable to your way of thinking.

As obvious as that may seem, it’s only recently that neuroscience has been able to explain why. Research conducted by Dacher Keltner at Berkeley showed that our brains react exactly the same when we see other people in pain as when we experience pain ourselves. Watching someone else experience pain also activates the structure deep inside the brain that’s responsible for nurturing behavior, called the periaqueductal gray.

Being considerate of others is certainly a good career move, but it’s also good for your health. When you show consideration for others, the brain’s reward center is triggered, which elevates the feel-good chemicals dopamine, oxytocin, and endogenous opioids. This gives you a great feeling, which is similar to what’s known as “runner’s high,” and all that oxytocin is good for your heart.

Being considerate of others will take you further in life than any college or professional degree. — Marian Wright Edelman

That’s all well and good, but how practical is it? How do you become more considerate when you have so many other things competing for your finite mental energy? It’s not that hard—all you have to do is emulate the habits of highly considerate people.

Be deliberately empathic. It’s one thing to feel empathy for other people, but putting that feeling into action is another matter entirely. It’s great to be able to put yourself in someone else’s shoes—in fact, it’s essential—but that doesn’t necessarily translate into being considerate. To be deliberately empathic, you have to let your ability to walk in their shoes change what you do, whether that’s changing your behavior to accommodate their feelings or providing tangible help in a tough situation.

Apologize when you need to (and don’t when you don’t). We all know people who are so insecure or so afraid of offending someone that they practically apologize for breathing. In such situations, apologizing loses its meaning. But it’s a different matter entirely when a sincere apology is really necessary. When you’ve made a mistake, or even think you’ve made a mistake, apologizing is a crucial part of being considerate.

Smile a lot. Physically, it’s easier to frown than to smile—smiling involves 42 different muscles; however, it pays to make the extra effort, as smiling has a huge effect on other people. People naturally (and unconsciously) mirror the body language of the person they’re talking to. When you smile at people, they will unconsciously return the favor and feel good as a result.

Mind your manners. A lot of people have come to believe that not only are manners unnecessary, they’re undesirable because they’re fake. These people think that being polite means you’re acting in a way that doesn’t reflect how you actually feel, but they’ve got it backwards. “Minding your manners” is all about focusing on how the other person feels, not on how you feel. It’s consciously acting in a way that puts other people at ease and makes them feel comfortable.

Be emotionally intelligent. One of the huge fallacies our culture has embraced is that feeling something is the same as acting on that feeling, and that’s just wrong, because there’s this little thing called self-control. Whether it’s helping out a co-worker when you’re in a crunch to meet your own deadline or continuing to be pleasant with someone who is failing to return the favor, being considerate often means not acting on what you feel.

Act on your intuition when it comes to other people’s needs. Sometimes you can just tell when someone is upset or having a bad day. In such cases, being considerate means checking in with them to see if your intuition is correct. If your intuition is telling you to reach out—do it; they’ll appreciate your concern.

Being considerate is good for your mental and physical health, your career, and everyone around you. On top of that, it just feels good.

What are some other ways to show consideration for others? Please share your thoughts in the comments section below, as I learn just as much from you as you do from me.

Dr. Travis Bradberry is the award-winning co-author of the #1 bestselling book,Emotional Intelligence 2.0, and the cofounder of TalentSmart, the world’s leading provider of emotional intelligence tests and training, serving more than 75% of Fortune 500 companies. His bestselling books have been translated into 25 languages and are available in more than 150 countries. Dr. Bradberry has written for, or been covered by,Newsweek, BusinessWeek, Fortune, Forbes, Fast Company, Inc., USA Today, The Wall Street Journal, The Washington Post, and The Harvard Business Review. 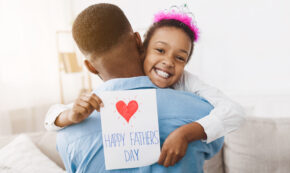 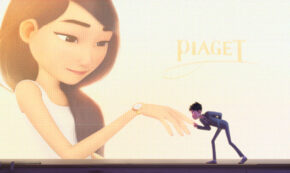 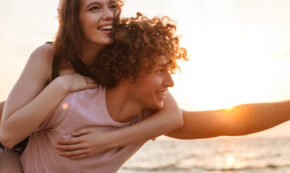 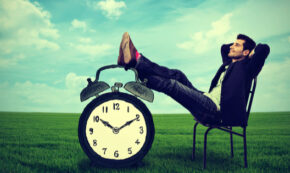 FacebookTweetPinEmailShares163
wpDiscuz
0
0
Would love your thoughts, please comment.x
()
x
| Reply
Share this ArticleLike this article? Email it to a friend!
Email sent!