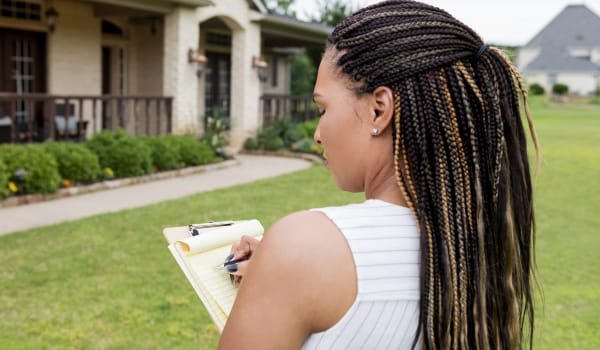 —
Yale law professor Robert Ellickson had the insight to see the invisible in the obvious — that our individual households, as systems for managing shared everyday resources, function as a commons. They interact with the law and with the marketplace, but have their own social and economic dynamics. Ellickson’s recent book, The Household: Informal Order Around the Hearth (Princeton University Press, 2008), is a short but thoughtful exploration about how and why households function as the do. (The book is an outgrowth of a 2006 essay in the Yale Law Journal, which can be viewed here. )

Ellickson is that rare law scholar who understands that what happens beyond the law, in people’s personal and social lives, can be at least as influential as the law. A property law and economics expert, Ellickson once studied how cattle ranchers in Shasta County, California, managed the grazing of their herds and negotiated disputes without the direct involvement of law and lawyers. That book, Order Without Law: How Neighbors Settle Disputes (1991), helped validate the importance of informal behavior and social norms in managing collective resources: a topic near and dear to the heart of commoners.

In The Household, he now turns his attention to the ways in which we informally manage the cooking, cleaning, finances and other tasks needed to operate a household. I like the name that Ellickson gives for this universe of norms — “homeways.” Anyone who has ever lived in a group house, especially when in their twenties, will recognize the challenges and dilemmas of organizing five or seven cohabiters.

Households taken on a certain character in societies with a liberal polity, where people have the right to own property (the house), the freedom to contract (a lease), and the “freedom to exit” (leave the house). Towns and legislatures may also impose certain general parameters on how people may be behave in forming and running their households (no racial discrimination in choosing tenants, no intra-household violence, limits on how many unrelated people may share a household, etc.).

The story gets interesting when it considers the historical forms of householding that have endured and why. Most people in liberal societies choose to live as “small, kin-based clusters” in households, usually as co-occupants, co-owners or as tenants. It turns out that there are good reasons for this: the economics tend to favor smaller groups because the transaction costs are lower.

The costs of interacting with other households to get things done, he argues, “powerfully influence all features of household institutions, in particular the structuring of ownership, the numbers of participants and participants’ systems of internal governance.”

While there have been any number of utopian household designs over the centuries, most of these have failed to endure for very long. Assigned housing in Russia, back-to-nature communes, co-housing projects and Israeli kibbutzim have all had marginal or declining roles over the decades. Ellickson believes that “the conventional kinship-based household persists not because individuals lack imagination or spurn interfamily solidarity, but rather because this traditional form has inherent advantages.”

Much of Ellickson’s book gives analytic clarity to things that we take for granted. For example, he points out that “One of the great advantages of a small and intimate relationship [in a household] is that it enables participants to economize on transaction costs by using informal procedures. Debate around a dinner table need not proceed according to Robert’s Rules or Order.”

Theoretically, a household of different members could operate according to majority rule, consensus or a rule of unanimity. But consensus seems to be the default rule in most households, Ellickson notes. Why? Because consensus offers a way for the intensity of people’s feelings to be learned and for accommodations to be made that can save relationships.

This is an important factor in settings where people share the same bathtub and kitchen sink. Seeking consensus is a way for household members to signal to each other that participants are “intimate and trustworthy.” But consensus can get unwieldy among larger, more heterogeneous groups of householders, which is why more rules and centralized coordination become necessary in such settings.

It’s fascinating to watch Ellickson de-construct the dynamics that go into the making of “homeways.” For example, why do householders tend to operate in a gift economy rather than in a market with bargaining and contracts?

He writes: “Intimates have many reasons for preferring to create their homeways by means of spontaneous gift exchanges as opposed to express contracts.” Reciprocated acts of cooperation tend to generate pleasure, and the outcomes are generally regarded as fairer than negotiated exchanges (even in instances when the measurable result is identical). Also, gift exchange tends to have lower transaction costs than a contract. There is less haggling, less need to interpret the agreement and none of the monitoring and enforcement costs that come with a contract.

Ellickson gives an example of the efficiency of social negotiations in households:

If the duty of vacuuming is regarded as burdensome, an informal rule that assigned that task to Dad could be counter-balanced by the assignment of other onerous chores to other occupants, such as window washing to Maureen. The power of each individual to exit unilaterally from a household relationship encourages participants to embrace this give-and-take approach….and to achieve long-run results that in the aggregate improve the situation of each [occupant]….”

Householders who cooperate are likely to generate a “shareable surplus” — of meals cooked, of a clean house, or money more efficiently spent.

There is another advantage to operating a household as a gift economy rather than as a market. Paying people can erode the intrinsic desire to perform the task well and to please one’s housemates. And the gift exchange (“I’ll clean the bathroom if you vacuum the living room”) helps reinforce feelings of trust and mutual commitment. This helps explain why there is a preference in households to use in-kind gifts rather than money to compensate each other.

Contracts seem to be used among householders when they distrust each other or they haven’t faced a specific challenge before. But even in those instances, the householders are likely to enter into an oral contract, not a written one: a signal that social conviviality is as important as legal righteousness.

Ellickson also identifies different sources of household rules. He calls the internalized norms and personal ethics that cohabiters bring to the house “first-party rules.” These are complemented by second-party rules, which are the ones that participants generate themselves, many of which tend to be relationship-specific, and by third-party rules, which are produced by outsiders, and include laws made by governments and prevailing social norms and customs.

Taken together, the homeways that a given household creates constitute a kind of commons, which Ellickson explicitly links to the medieval commons: “The particularized ‘customs of the household’ that emerge from its history of cooperative practices are somewhat analogous to the varying ‘customs of the manor’ that evolved in medieval English villages,” he writes.

Thinking about households as commons is interesting because it helps showcase the zone in which market needs and social needs intersect, coexist and get resolved. A household has many bills to pay — yet it also wishes to govern itself as a happy, civil mini-community. Economic value is not the sole purpose of a household, yet clearly it is influential and must be dealt with responsibly. It’s a pleasure to see the household’s role as a commons explored with such rigor and clarity by a scholar who knows the great value of property rights and economics, but also their limits.