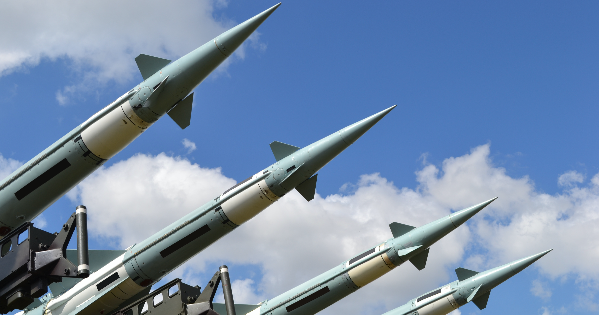 I have always had a macabre fascination with nuclear Armageddon. Maybe this stems from my Oklahoma roots, conjuring up memories of those dark, purple-black roiling clouds with the blaring alert on TV and a close-in shot of the station’s meteorologist: “funnel cloud on the ground.” Typically, the black devil of a storm is usually traveling to some small town in the Oklahoma plain with a name you might of heard once in your life.

“If you live in the area go to shelter immediately.”

Of course, as in most natural disasters, even the catastrophic, there usually is ‘some’ place to go, and as gut-wrenchingly horrible as some disasters can be — even with massive trauma and many deaths — eventually, some kind of normalcy returns: life on planet earth continues pretty much as it has been. Like my mother used to say: This too will pass.” Now consider, that after a nuclear disaster of any size and for whatever reason, the former eventuality never, ever returns… ever. Never means, well never. This too will never pass.

As I grew older and began to study international relations in graduate school, I developed a passion for the Russian language and an interest in our Cold War enemy. I studied Russian in the former Soviet Union in Leningrad – now St. Petersburg. I found the Russians to be pretty much like us. Just humans with the same desires and fears that we had. Pretty much like that now famous phrase from President Kennedy’s American University peace speech in June 1963, just a few months after the Cuban missile crisis: “In the end, we all breath the same air…”

I was 12 during the Cuban Missile Crisis; the awesome, fearful potential of nuclear annihilation frightened and fascinated me. “We need to be able to talk to these people.” I thought. Of course, I saw the movie, ‘Fail Safe’ and ‘The Day After.’ It was ‘The Day After’ that really brought home the reality of a nuclear nightmare.

The missile alert error in Hawaii in January 2018 was not just a wake-up call. It is a postmortem on humanity. I remember a scene from ‘The Day After’ when an Air Force missile crew is standing near a missile silo after all the missiles have been launched. “We need to go get ready;” says one of the airmen. “Ready for what?!”  “The war is over.” Says another.  And that is my point. The war is over. Scientists and many sane statesmen have known and screamed for decades that there is no reason for one nuclear weapon. And there are thousands in the world. Does anyone possessing a semblance of sanity understand this reality?!

Earlier this year, the Bulletin of Atomic Scientists moved the famous “Doomsday Clock” to 100 seconds to midnight. That is the closest its ever been after receding in the ‘90’s, and nuclear proliferation is at the top of the list.

The United States has more guns available than any nation on earth and along with the proliferation of those guns has the dubious record of the most deaths. Shootings with mass casualties have become the new ‘normal.’  A nuclear strike ends all ‘normal.’

WW I eventually broke out after decades of peace, and with the construction of massive deadly weapons during that same period, just waiting for a spark which set the world on fire for the next twenty years. The more weapons available, the greater the chance for a spark. It’s pure physics. And once this fire begins, the world, as we know it, ends. That is a fact.

I listened to an interview with a Hawaiian citizen when asked where he would go with a fifteen-minute warning of a missile attack. “Go?”  “Oh, there’s nowhere to go and, if there were, there’s not enough time to get there.” “I decided to tell my family how much I loved them and pray to God. At least there was still time for that.” Like I said, “The War is over.”

Do you know why I carry my IPhone with me everywhere? You may think that it’s because everyone just does that now to stay connected. That’s not my primary reason. I carry it so I can quickly call each family member to tell them I  love them when the missile alert comes in. One last chance to say: “ Good Bye.”

And that is the stark reality of where we are today.

How can any national leader with any semblance of sanity have any more critical, life or death issue, not see what is coming. It’s no different than holding a six shooter to your head and playing Russian roulette, except all of the bullet chambers are loaded because that is exactly where we are. Would a sane person do that?

Maybe the government should issue every citizen one dose of strychnine. We could place them in our homes in a glass case: ‘Break Glass And Take with Water in Case of Nuclear Strike,’ because when missiles do start flying, our entire perception of life and death will change. Death will become the only joy left because if there is any life left it will be an indescribable hell.