I see the video of students running to embrace their parents after the Columbine shooting. I hear the 9-1-1 calls from Aurora, Colorado. I fear for my child’s safety following Newtown, Connecticut. These tragedies raise serious questions about our society: Where does this violence come from? And what can be done to protect my children?

The issues have been discussed on news shows, experts have weighed in and there are all sorts of opinions. Recently, however, the discussion seems to have focused on gun control. Who can own them? How many rounds should they hold? What is the difference between hunting and military style weapons?  Should there be a national gun registry?

I am afraid that these discussions about gun control miss the more important point. If we are seeking to answer the questions, “what is wrong with society?” “Where does this violence come from?” and “How can we protect our children?” then we must instead be talking about self-control. We have become a nation of self-indulgence. The Centers for Disease Control reports that over 1/3 of American adults are obese. The collapse of the U.S. housing market revealed a pattern of gross overspending and irresponsible lending.  In my work as a school counselor I see many parents indulging their child’s every desire while expecting very little responsibility.  We are surrounded by technologies designed to make life quick and convenient while avoiding the arduous and difficult.

Our children are told that happiness comes from living in the moment, following their heart, and being themselves. Yet according to the U.S. census bureau between 1990 and 2009 for every 6.8 marriages there were 3.4 divorces. The emphasis placed on self-indulgence does not seem to create successful relationships. What if this over indulgence of self actually makes it easier to discard important relationships? What about the influence celebrity? In 2012 Americans spent $1.37 billion on movie tickets. Many look to these movie stars as well as athletes as role models for success. However, based on the number of front-page mug shots and court appearances even these cultural figures struggle with self-control. I am very concerned that my children are growing up in a nation that views impulsiveness, selfishness, and self-aggrandizement as virtues rather than vices.

Why are we surprised when a product of this culture does exactly what he was taught to do? He follows his angry heart, disregards the value of others, and impulsively, irrationally, and selfishly murders innocent people? The real solution for the gun control problem is a radical shift in our national values. Self-control must not be viewed as an attempt to limit individual freedoms. Instead, it must be viewed as the ability to choose what is best rather than what is immediate.

Self-control provides a person the power to direct one’s life. I have encountered many students who do not know this. They seem to believe that self-control is a position of weakness rather than strength. They are convinced that limiting themselves will result in limited freedom. What they don’t realize is that controlling one’s self is the ultimate in power. The ability to control our impulses, emotions, and desires may be the most difficult task of life. However, as we learn to harness these inner experiences we are set free from the ups and downs of inner volatility. We realize that others have absolutely no control over our inner world and thus no control of us. “I am the only one who can control me.” What a great freedom and responsibility. The freedom provides the path to make life what I want it to be. The responsibility requires that if life is not what I want it to be I have no one to blame but myself. Man, life is tough!

My guess is that those who perpetrate mass shootings never learned the lesson of self-control. They never realized that they were ultimately in control of their thoughts, emotions, fantasies, and actions. I would guess they felt a sense of their life being out of control. I imagine they felt provoked to commit these crimes and saw no other escape from their prison of anger. My hope is that as we shift from a culture of self-indulgence to self-control that the would-be murderers will regain the power to direct their life. I hope they will find freedom in valuing others, connecting in relationships, and living in reality. That is the best gun control only an individual can create.

I Hope My Sons Don’t Go To High School…

Let’s Hear It For the Boys

Mark Vander Ley is a father of three energetic boys and one baby girl. He is passionate about his wife, his kids, writing and serving others. All of these passions come together in his work at Parenting Boys Raising Men, a blog he started to be a resource and encouragement for parents. Mark has worked as a camp counselor, youth pastor, and therapist. He is currently the school counselor at a therapeutic day school. Follow him on twitter @Markvanderley

Sorry, but your argument is a red herring. Mass killers are mentally ill by definition, and though each country deals with mental health issues in different ways (in America very poorly), the critical difference in relation to mass shootings is the ubiquity of guns and the ability of the mentally ill to act out their dark fantasies. When the USA has adequate gun control we can talk about how the cult of the individual (a fairly recent phenomena) is eroding the social fabric of America, and the importance of better healthcare for all. Children taking responsibility for themselves is all… Read more »

Hi Mark I am not qualified to analyze why mass shootings happens. I have read the diary of one the Columbine killers. A love sick young man’s writing. When I read the 1500 pages long long e-book Behering Breivik published an hour before he started his killings,I wanted to understand. I followed the trial,listened to all the expert witnesses on terrorism, psychiatry,and more. And as I said,I am not qualified to analyze him. Why don’t you ask Anders himself Mark?  His English is far netter than mine. He is permitted to receive letters and answer. And he loves attention! It… Read more »

Liked the idea of getting our families taking respnsibility for self control! It would help in many areas not only the issues of guns! Living lives out of control makes for big messes! We are responsible!

Self control is obviously a good thing,but……

I have not read any of the important analyzes of mass shootings in the US,only analyzes of Anders Behring Breivik.

And he was not a man without self control. In fact quit the opposite. That is how he went under the radar of everyone.

The planning of his massacre took years.
And now it seems like Adam Lanza also had prepared for his killing for years.

Is that a sign of lack of self control?

thanks for your thoughtful response.

I believe that Yes there is a difference between self-control and the ability to plan. Breivik and Lanza may have spent considerable time planning and thinking about their crimes, in the end they did not stop themselves from committing them. Self-control is the ability to have a thought or desire and to stop oneself from following through.

The article makes some good points, though I wish the author had steered clear of using Aurora or Newton as a prop – as in:

“My guess is that those who perpetrate mass shootings never learned the lesson of self-control. They never realized that they were ultimately in control of their thoughts, emotions, fantasies, and actions. “

Stick to what you know Mr. Ley.

Given that I have three guys on the unit that gave ace bandages on their hands because they, out of anger, decided to punch walls, there is a problem with anger and out of everything the doc said, “Self-control provides a person the power to direct one’s life.” Stood out with me.

Thanks for reading and commenting Tom. I love the concept that when we have control of self we have the power to control our lives. I often say to the students that I work with that if we do not control ourselves someone else will do it for us, usually those outside forms of control are much less comfortable than what we would do for ourselves.

Excellent article. Very insightful. Really makes a person…… female or male, young or old, believer or non-believer…..have to step back and look at how they handle stressful situations.

The image is what society depicts men as being. Unfortunately, the picture distracts from the content of the article which in my opinion is spot on in a lot of areas.

So Terribly Ironic, Isn’t it?

I saw the picture chosen to head the story and just turned off. Some really could do with some self control in the images they push, especially images of men.

Fair point, MediaHound. The image would be better with the smaller figure airbrushed out. As it stands, it’s a compelling image for the need for self control.

I think it is pity that you accept it’s a good idea to represent all men as physically and emotionaly out of control. The diminutive image’s removal does not alter the overall negativity. Not much room for mature debate or dialogue with that level of visual bias to swim against – sort of like swimming UP Niagara.

It is possible to hold more than one conversation at a time, so lets talk about gun control, values and mental health support/treatment.

I agree we should be having more than one discussion at a Time. Being a therapist myself I am also passionate about mental health treatment related to these self control issues. I do not suggest increasing self control as the only solution however I do believe that ultimately it is one of the most important. 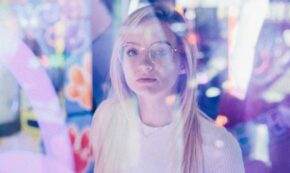 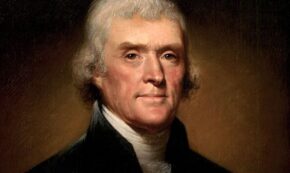 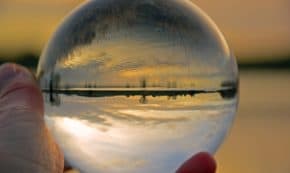 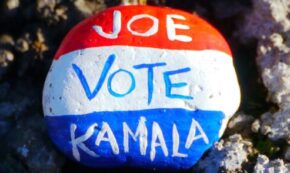 FacebookTweetPinEmailShares74
wpDiscuz
19
0
Would love your thoughts, please comment.x
()
x
| Reply
Share this ArticleLike this article? Email it to a friend!
Email sent!