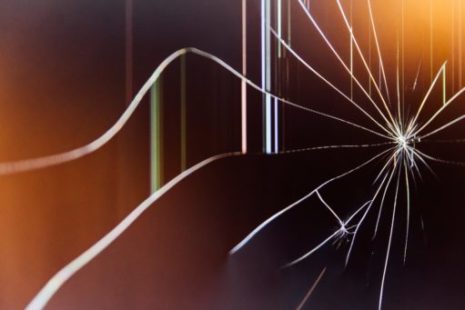 There are many details of how events unfolded that fateful Sunday, but perhaps it’s best to cut to the chase. My son decided to reunite with his wife. He wasn’t straightforward about his decision and he probably thought I didn’t notice his intentions. I’m a firm believer actions speak louder than words and his decisions told me all I needed to know. Perhaps I was wrong, and I panicked in an effort to protect myself. Although I don’t regret what I did that day, I wasn’t prepared for how drastically my life would change.

On Sunday afternoon, my son and grandson left my house for a visit with his wife (my grandson’s mother). They haven’t been back since. A few hours after they left, my son called and said his wife wanted them to spend the night. He was considering it but wanted to know what I thought. Something in his voice made me believe he had already agreed. I let him know I was uncomfortable sharing my opinion, adding I didn’t want blame for any potential outcome. He was immediately defensive and said, “If this is going to be a big f*&%$ng deal, I’ll grab (him) and come back right now”. I reiterated it wasn’t my decision to make and I would accept his choice. He said we would talk the next morning and the call ended.

There have been times in my life when I had what I call “a ton of bricks” moment: a sudden insight about the reality of a situation I couldn’t make sense of earlier. A few hours after I spoke to my son, I had an alarming realization. The ton of bricks violently struck my soul. I reached my limit and had nothing left to give. A trusted friend and confidante called it a moment of “clarity”. I was sick to my stomach and I wanted to vomit.

I wanted to act immediately. Every fiber of my being was screaming at me to pack up my son’s belongings and deliver them to his door, despite the consequences. Like a movie in slow motion, I could see it all playing out in my mind. I saw my grandson’s adorable, smiling face, and was paralyzed by the reality of the impact on him. Then I was reminded of how he had already been affected: asking to sleep in our room instead of his room or with his dad, calling me mommy after several talks reminding him I’m grandma, having a temper tantrum when his dad told him they were going to visit his mother, screaming “I don’t want mommy, I want gamma”, calling our house his home.

His preference for being at our house, and around us, seemed to increase this year. I’m sure there are simple explanations: our house is bigger than his apartment, it’s easier for him to play outside, he’s spent more time awake at our house, more activities, etc. I began to have a different perspective about my (and my husband’s) role in his life. For the first time ever, I considered the possibility I was doing more harm than good. In my attempt to give my grandson a better life, I was unintentionally emphasizing the differences between our home and his home. Was it conceivable I was causing him anxiety and adding to the problem? The concept was terribly disturbing and almost certainly prompted my actions that night.

Photo by Ivan Vranić on Unsplash