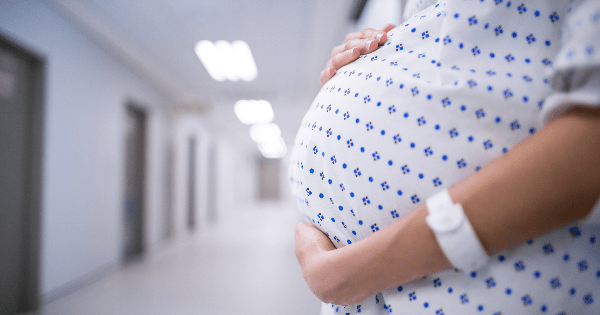 Dear Mr. Dad: My wife is going to have a baby next week and I really don’t want to be there for the birth—I just don’t think I can handle all the blood. I know I should tell my wife but I’m afraid I’m going hurt her feelings. Is there a nice way to break it to her?

A: Not all that long ago, dads weren’t expected—or even welcome—to attend the births of their children. Today, though, any guy who isn’t jumping up and down about the idea of being in the delivery room is generally considered an insensitive Neanderthal. But the fact is that not every man has the same level of interest in watching his children come into the world and for some guys, a hospital delivery room is the very last place they belong.

You might, for example, be the kind of guy who gets squeamish during routine medical procedures. You might have been scared stiff by some of the movies you saw in your childbirth prep class and you might be worried that you’ll fall apart while your partner’s in labor or giving birth. You may not want to see her in pain, or you could might just resent the people all around you who are pressuring you to do things you don’t want to.

If you’re somewhat less-than-completely enthusiastic about being an active labor and delivery participant, don’t beat yourself up too badly or allow yourself to feel like a failure. You’re certainly not. Everything you’re worried about—and any other feelings you might have for not wanting to be there—are absolutely normal. In fact, as many as half of all expectant fathers have at least some ambivalence about participating in the pregnancy and childbirth.

Clearly, being forced into a role that isn’t comfortable for you will do you—and your partner—more harm than good. But there are a few things you might want to try that could help you get over some of your concerns.

The first thing is to spend some time talking with other people. Other dads you know may have been through something similar and may have some suggestions. Even if they don’t, it’s often very reassuring to get some living proof that you’re not alone.

Talk to your partner, too. She needs to know what you’re feeling and why. But be particularly sensitive to the way you do this. Instead of being sympathetic, she may interpret your apprehensiveness as a sign that you don’t care about her or the baby. So if you’re not absolutely at the panic stage, consider being there for the birth for no other reason than that it’ll probably make your partner happy. If you’re still worried, think about getting someone to help you too.

Don’t worry about how your child will turn out. Yes, there’s plenty of evidence about how early parent-child bonding positively impacts kids, but your not being there for the actual birth—whether it’s because you didn’t want to or because you simply couldn’t—will not cripple your children. You’ll still be able to establish a strong relationship with them. Just make sure you get there right after the birth.

Finally, hold your ground. If, after all this, you still don’t feel truly comfortable participating, don’t. But be prepared: your family, friends, and medical practitioner will probably suggest that you just quit pouting and do the right thing.

Facebook8Tweet2PinEmailShares10
wpDiscuz
Share this ArticleLike this article? Email it to a friend!
Email sent!