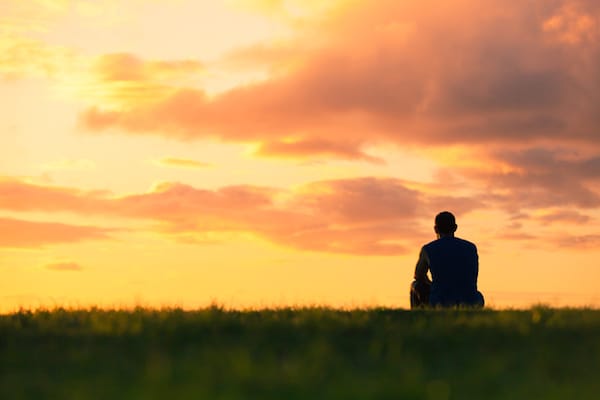 I was 12 when my parents decided they were going to divorce. I had hidden glances into their dysfunction. Some of them were subtle, some were loud. When they did finally get a divorce, my mother, myself, and my three brothers moved to a different city. The city was about 20 miles away from where my father continued to live. The reality of a new house, new bedrooms, and new schools slowly became our new world. We all adjusted. Both of my parents had new relationships to help with the wounds of the split. The agreement between my parents was that my brothers and I would live with my mother and my father would drive over and take my brothers and me to dinner every Wednesday.

Between the ages of 12 and 17, there were so many Wednesdays that I waited by the window for my father’s car to arrive at the curb in front of our house. I waited by the window because I missed my father. So many of those Wednesdays we weren’t taken to dinner. We never knew the reason why. We couldn’t understand anything other than, Dad wasn’t there. He had quickly remarried, and with that new marriage came a child. My brothers and I were left to wonder why my father didn’t show up. Did he love us anymore? Were we the reason he left? Did the other child replace us in our father’s eyes? As I looked back on that time as an adult, I felt so much anger for the time I didn’t get to spend with my father. I felt anger for the things I never got to learn from him during those years. I felt anger for not being protected by him. I felt anger for not getting to know him.

In 2002, I found myself in the same situation as my father did when I was 12. I was not living in the same house as my child anymore. In fact, because of my job, I was not even in the same state. But each Tuesday and Thursday night, using instant messaging and video, I would sit and visit with them for 30 minutes. Then every other weekend, I would fly to visit with them face to face. We spent the entire weekend with each other. Sometimes we would never go out. We invented new games and fun ways to spend all of our time. This reality went on for nineteen months. The truth was that of course, I was feeling some guilt. There were so many missed moments between the times we saw each other. But the main reason I never missed a Tuesday, Thursday or a trip back every other weekend was because I missed my child. I missed everything about them. And I knew then, the most important thing I learned from my father was that I was not going to miss any time that I told my child I would be there for them.

When that first child was five, their pre-school teacher called my cell phone on a Sunday. Their teacher was calling to inform me that on the Monday mornings that I had to fly away from their city, they were not themselves. They were distant and less connected with their friends. Their teacher explained that she had noticed this pattern and put together what might be causing it, so she called me. (I will be eternally grateful for her call). I hung up the phone, and my wife and I decided that we needed to move that moment. Tuesdays and Thursdays and every other weekend was not enough. Soon after, we bought a house near my child’s school and moved. By the time my child was 10, they spent 50% of their time with us. I was sure to have many conversations with my child to understand how they were doing with the split household situation. I wanted to make sure that any emotion was heard and seen. I wanted to make sure they felt safe. I’m sure I made many mistakes as a father during this time, but not being present was not one of them.

My father died in 2012. He had divorced the woman he married after my mother and remarried a different woman to whom he remained with for over 25 years. That period between my father leaving my mom, and him later finding joy with his wife, must have been a tumultuous, soul searching time for him. Having been through a divorce myself, I am aware of how much the reality of your world flips during the process. I know in my heart that my father felt remorse later in life for the missed time. I could always see it in his eyes. But for me, it was too late to fix. Those missed Wednesday nights had rewired my brain. I hadn’t the awareness in that time that I had been conditioned to expect people to leave or to not show up. It had become a fear that lived deep in my bones. In the end, I never did get to tell my father how I felt about those years or to express what that did to my brothers and I. I never told my father a lot of things in the end.

Whether married, divorced, together or apart. If you are a parent, your child needs you to spend time with them. It is more important than anything else you could choose.

FacebookTweetPinEmailShares127
wpDiscuz
0
0
Would love your thoughts, please comment.x
()
x
| Reply
Share this ArticleLike this article? Email it to a friend!
Email sent!