Get Daily Email
Join/Login CLOSE
Home / Families / Parents’ Cortisol and Crying Babies: Not Too Much, Not Too Little 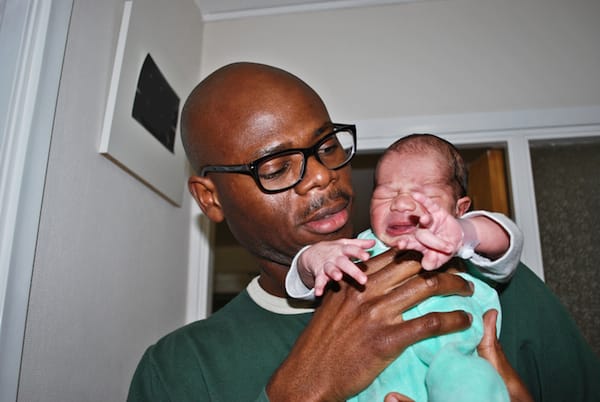 High levels of cortisol have been linked with parenting stress and depression, but studies show that cortisol can actually help caregiving and responsiveness towards infants in both mothers and fathers, especially if they are first-time parents – for example, a crying baby will trigger a rise in cortisol.

It seems there might be a “just right” amount of cortisol – not too much, but not too little.

During pregnancy, cortisol increases over time in mothers. Cortisol levels also increase in expectant fathers. These cortisol levels in new fathers tend to be related to the mother’s cortisol levels, so as pregnant women’s cortisol rises it is common for their partners’ cortisol also to go up. These tandem changes may help both expectant parents prepare for the birth of their baby.

For first-time moms, having higher cortisol is linked with more interest in baby odors, but these associations between cortisol and baby odors were explained by having more experience with babies for veteran parents. The same goes for dads – first-time dads had higher cortisol levels when they heard infant cries compared to experienced dads. Because cortisol can help with learning, increases in cortisol in response to infant cues might help new parents pay attention to their baby’s signals.

This post was previously published on Fatherhood.global and is republished here under a creative commons license 4.0.

Facebook8TweetPin1EmailShares9
wpDiscuz
0
0
Would love your thoughts, please comment.x
()
x
| Reply
Share this ArticleLike this article? Email it to a friend!
Email sent!