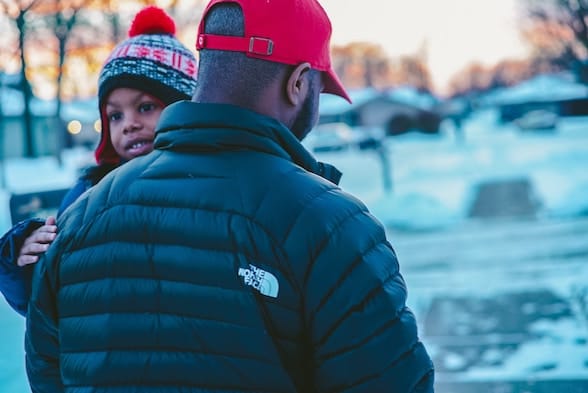 Over the holiday break, my sons and I continued a New Year’s tradition we established a couple of years ago. The Boys’ Year-End Staycation. Dad and sons get a hotel room in town with the sole purpose of hanging out as a few guys for a couple of days. It’s 2.5 days of T.V. watching, lobby breakfasts, and playing townie tourists.

It began as a way to give my wife some much needed end-of-the-year home alone time. And it lined up with my schedule and that odd pocket of time at the tail end of year when the rush of the commercial holidays wanes and the world awaits the New Year.

This Year-End Staycation we happened to be out of state visiting family, so our local environs were a bit foreign. Across from the La Quinta where we stayed was a park with fun play structures and in the other direction was a Wal-Mart.

When we couldn’t play at the park due to the rain and cold, which there was a lot of, we went to Wal-Mart. Taking my kids to big box stores is definitely not my idea of how to spend our time, but we needed something to do. Each morning, we walked over and went straight to the toy section. I’ve taught my kids both window shopping and what I call “getting ideas.” I was definitely not going to buy them more toys with Christmas in the immediate rearview, but they could certainly “get ideas.” I’ve also taught them that if they absolutely want something, we can take a picture of it so we don’t lose “that idea.”

By the third morning, I broke down and went against the whole idea-getting concept and bought them (and me) a small toy. Hot Wheels and a Lego. We rushed back to the hotel to play with our new things. On the way in, a man walked out with his son, both of them dressed in their Cleveland Browns gear. The boy was holding a football and had a huge smile on his face. He was about to go toss the ball with his dad.

Here was another gift we give our children. The love of our love of certain things. That man and his son are the kind that love their team and their sport. We’re the kinds that love our toys. We love our Saturday library trips, our fish taco lunches, our version of keep-away football, minus allegiance to a team.

What we love, our children will too. It’s up to us to give them good things to love, to keep reminding them to get good ideas and follow them.

Photo by Chris. on Unsplash