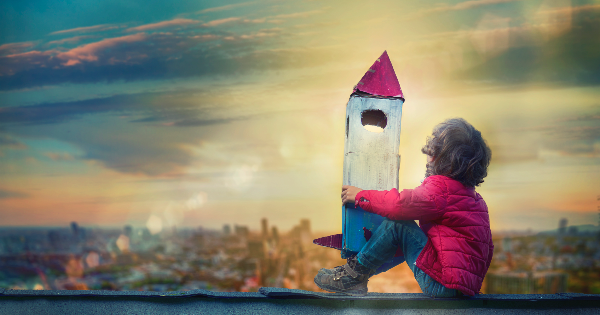 My oldest son does well in his prekindergarten assessment, identifying all the letters and numbers in a quiet, confident voice. His teacher smiles at me afterward and sing-songs above my child’s head: “You know he’s very bright, right?”

In the grocery store for a celebratory treat, my flesh and blood followed some flight of fancy in his head and floated away down the aisle while I was on the phone with a parishioner. Panic rising, I finally caught him sitting crisscross applesauce in the middle of Aisle 4 with a coloring book in his lap. And I thundered: “There you are! What were you thinking? You know better than to leave … Are you listening, Son? Son! Pay attention!”

While in seminary, I learned Erik Erikson’s stages of development, including the second stage of developing autonomy. The shadow side of autonomy is shame. Shame has no place in anything that is life-giving, including religion and parenting. And I think that what we say to children, especially the way we say it, has power to crack something deep inside them, a fissure that only widens over time until they are adults carrying broken pieces of their own selves in their fragile, beautiful hands.

My friend tells me you can change a person’s life by saying just one thing, just once.

My father is also a pastor and, when I was about my son’s age, Dad offered a sermon illustration about an older man who meticulously fastened enough helium balloons to his chair that he actually floated over his neighborhood. He flewin a lawn chair! I have no idea how Dad was tying this to scripture, but think of how the mind so easily floats away. Next thing you know, you’ve missed something important.

At five years old—excuse me, five and a half—my soncolors the back of the bulletin while I preach. He’s not interested in baseball. Perhaps he’s too young? He does line up all his Matchbox cars in a straight row across a table top, just like I did at his age. And, just like I did, he makes elaborate rocket ships out of stacks of books, magazines, pillows, pencils, blankets, wooden alphabet blocks, flashlights, measuring tape, candlesticks, bits of yarn, red plastic cups, dead batteries, watering cans, and souvenir baseball caps. Our Crazy Creek lawn chair serves as his cockpit. He’ll perch there, wearing a far-away look, floating through his imagination. My father says his grandson has a rich inner-life. I do worry that he might miss things. Important things. I am a worrier.

My father was my first baseball coach. I was ten years old. The hip-hop duo Kris Kross had released their hit single “Jump,” and I tried to memorize the rapid-fire rap lyrics on the way to our games, rewinding the cassette tape over and over, riding shotgun as Dad drove. I wore #8 on my uniform just like Cal Ripken, Jr., and one better than the #7 worn by Mickey Mantle—Dad’s boyhood hero. My batting stance was too wide, but no one could convince me otherwise. Especially not him. It is easy to disregard the coach’s advice if he is your parent and, besides, Dad was a pastor. What did he know?

Writer Anne Lamott claims that gracebats last. Now that I am a father, I do listen to Dad. Especially the gentle sermons he offers when we are taking in a baseball game. At the venerable sanctuary known as Wrigley Field, Dad once mused that it is the job of every adolescent to put his or her parents on trial. And, make no mistake about it, every caregiver will be found guilty, for we are all imperfect. Children will remember our faults, our mistakes, our anger. Our sins do not float away as if on helium balloons. Wounds leave scars.

“But you can tell a story about a scar, Andrew. And what you hope and pray,” Dad continued, “is that your child will grant you pardon.”

This is an excerpt from the author’s soon-to-be released book Gently Between the Words.

Facebook39Tweet2PinEmailShares41
wpDiscuz
Share this ArticleLike this article? Email it to a friend!
Email sent!