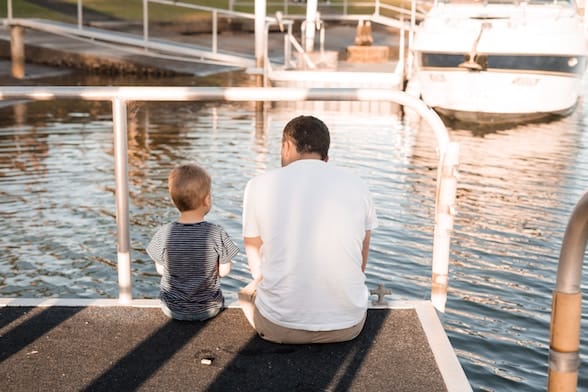 The other day browsing in the bookstore, I overheard a young girl showing her father a toy she wanted. Instead of acknowledging her request he said, “You really mumble when you talk. You should speak louder and from your diaphragm.”

It was a bold statement from a father to his daughter, no doubt. But I noticed something else:  despite Dad’s eloquent choice of words, he was quite mumbly himself.

Perhaps the girl was lowering her voice to show humility, her meekness a means of getting what she wanted.

I’ve seen this in other children. Take a family friend. Their second grader speaks perfectly formed sentences most of the time, but when she wants something, she slips into a babyish affect that’s more bothersome than it is cute.

I have a friend of a friend who has never let up on the baby talk with their son, even into his toddler years. Said son, now well into elementary school, is in speech therapy.

And take a neighbor of ours. Dad goes on military deployment for months at a time. His current stretch is 11 months. It’s been brutal on mom, and especially the little guy at home. I had noticed his language stays in one range: whine. Listening to mom it became clear: she’s stressed and tired and not getting her needs met, so guess who’s picking up the patterns? Baby boy.

Military families cannot change their situation until their beloved parent comes home, and we send many thanks to those men and women serving. For those parents, however, where both parents are around, especially dad, it is vital to use clear and understandable speech with a wide vocabulary.

A 2006 study by the University of North Carolina at Chapel Hill’s Frank Porter Graham (FPG) Child Development Institute and UNC’s School of Education found that the language development of 2-year-old children whose fathers used large and diverse vocabularies with them during playtime increased significantly when tested one year later. Ironically, their mothers’ vocabularies did not significantly affect the children’s language skills.

Not a knock against mothers by any means, but instead a reminder that dads shape much of what their children become, and when it comes to speech and language, dads have a big say. So, don’t just talk to your children. Provoke their prowess. Appraise their adroitness. Dare their dexterity.

Photo by Kelli McClintock on Unsplash