Get Daily Email
Join/Login CLOSE
Home / Families / We Are Dads! 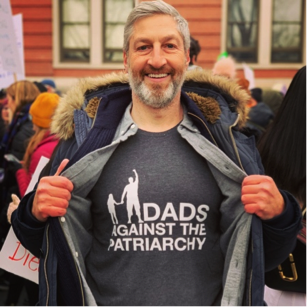 My father, a conservative son of the Deep South, was a Marine Corps veteran and career-long football coach. As a high school and college athlete myself, I spent thousands of hours on football fields and in locker rooms in suburban Missouri and rural Indiana.

Sure, I’ve heard my share of off-color comments. But I was also fortunate to be taught those “old school” virtues of honor, respect, selflessness that provided the foundation of our more “modern” merits: inclusiveness, equality, and mutual support.

I suspect my story isn’t too different from yours. We all got to this website somehow. Its very name – The Good Men Project – evokes varied, but compatible and complementary, ideas in those who read it.

I think we’re all on the same page, here. 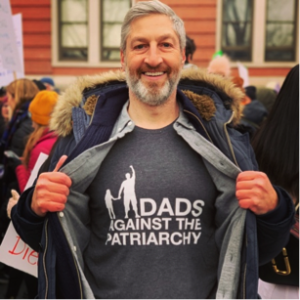 The author, fighting the power at the 2020 Women’s March

I started We Are Dads because, as a single father of four, I realized that no accolade I’d received was nearly as rewarding as fatherhood. Being a dad is one hell of a mission, adventure, challenge, and accomplishment. It’s no job for wusses or weaklings or the faint of heart.

Dudes, I tell you now: there’s nobility in changing a diaper. There’s immeasurable joy in watching your older kid help his younger sister out. And nothing in this world compares to the feeling when your 11 year-old son trots off to school, then suddenly stops and turns around to come back for a hug goodbye.

And the point of We Are Dads is that strength is not incompatible with tenderness. 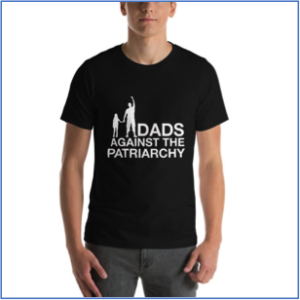 Our signature “Dads Against The Patriarchy” line of apparel came about because if there’s anything a dad understands innately, it’s that his daughters deserve respect, trust, opportunity, and equality.

The “Real Men Vote for Women” shirt was a direct response to the sexist assertion that “women can’t win an election.” 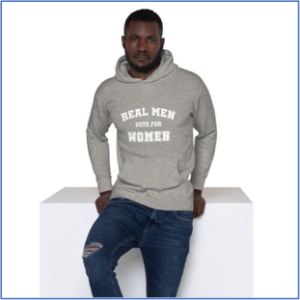 As I said at the beginning, I’ll bet we’re on the same page, here.

The modern “good man” is not so different from an old school one, and we sure as hell don’t need to hide it.

Facebook238Tweet4PinEmailShares242
wpDiscuz
Share this ArticleLike this article? Email it to a friend!
Email sent!