In an excerpt from his new book, Are We Winning?, Will Leitch writes about beer, baseball, and his forgiving father.

My father drinks and drives.

That sounds worse than it is. Those of you from the coasts might not understand this, but in the Midwest, particularly in Central Illinois, where there’s little more than unnamed roads, cornfields, and chubby cows, beers are permanently fused to your hand. When I go home, there isn’t a moment past 5 p.m. that I don’t have a beer. (In New York, I barely drink beer. Home, though, they tap a vein when you enter city limits.)

It’s just part of the fabric; you go to a friend or neighbor’s home, and you immediately head for their fridge and pop open a Budweiser. People aren’t drinking to get drunk, not necessarily. You just drink because that’s what you do. It’s not like my father is an alcoholic or anything; I’ve never seen him drunk, and I’ve seen that man consume many beers in my lifetime.

Beer is everywhere. At a post-service “mixer” at my mother’s Catholic church, they had a keg. On the Fourth of July, we all had a Bud in one hand and a lighter to set off illegal explosives in the other. While visiting my cousin, there was a car accident outside his house. We were both drinking beer, and we sauntered outside, curious, beers still in hand. I was downing an MGD when I went up to the responding police officer. I was a little surprised he didn’t ask me for a sip.

When teaching me to drive, my father once told me, half-jokingly (I think), “You gotta learn to drive with your knees so you can open your beer.” (My mother smacked him on the head after he said this. Then, from the backseat, she opened a beer for herself.) I feel less comfortable with my father driving without a beer in his hand than with one. It’s just part of the driving process. My parents live outside of Mattoon city limits, and it takes us fifteen to twenty minutes just to go to the supermarket. That’s one or two beers right there.

That sounds worse than it is.

Every year since I moved to New York, I go back home for a weekend of Cardinals games at Busch. Making it to Busch is less a pilgrimage than a yearly doctor’s appointment, a way to make sure everything’s still working, see if anything weird happens when I turn my head and cough.

A few years ago, in 2002, the year Darryl Kile died and Jack Buck died and no one knew what the hell to do, I flew back for a series with the Padres. Dad and I drove the hour-45 from Mattoon to St. Louis, I57 to I70, with a couple beers on the way there, and then three or four of the industrial-sized monsters at the game, where we talked about our lives without talking about them in the way that men do. Then Ryan Klesko grounded out to second, and the Cardinals had a victory.

It was time to drive home, but once we hopped in the car and crossed back into Illinois, we realized with alarm that we were woefully short on beer. There were only four Natural Lights left in the cooler. This simply wouldn’t do. We had made it to Vandalia, about halfway there, when we both finished up our stash. We were rapidly approaching midnight, the drop-dead time when gas stations and supermarkets stop selling beer. We pulled off the interstate and into Vandalia… ​but we were too late. They’d already locked up the freezers. Bastards.

This left us only one option: a bar. One of the highlights of rural Midwestern bars is the To Go option. Essentially, you can sit in a bar, usually sparsely populated, and drink all night. Then, when you’re ready to leave, you slap another seven bucks on the table and get a twelve-pack to take home. I can’t believe there are bars in this country that don’t do this.

One downside: You often have interlopers popping in, with no intention of actually drinking at your bar, soaking in your atmosphere, joining in the conversation. They come in, grab the twelve-pack, and bolt, like the bar is some kind of drive-through. When I’ve been at a bar and seen this, I sneer at the hops tourists and insult them when they leave. Dad and I didn’t want to be like these guys—we were proud to know the code—but with no beer back at home, we had little choice.

Another obstacle: We were in Central Illinois, and the only bars you’ll find open there past midnight sneak up on you. You’ll be on a deserted road, and all of a sudden you’ll see a sign that says “Dietrich—Pop: 1423,” and they’ll have one bar, which looks like a trailer home, with a Hamm’s sign and a couple pickup trucks out front. After that, there will be nothing for thirty miles.

But we were undaunted. “I think I know a place in Sigel,” Dad said. This was not a comforting statement. Sigel is essentially a suburb of Effingham, which is essentially a suburb of Mattoon, which has fifteen thousand people. Sigel has a population of 150. It is possible that they all have the last name, “Sigel.” The town has one stop sign, about forty houses, a post office, and a bar. The types of people who populate Sigel’s one bar at 1 a.m. guzzle motor oil, devour lit cigars, and have food stuck in their beards from 1983.

We were hardly dressed the part. As is expected at Busch Stadium, we were decked out in all bright Cardinal red T-shirts and white shorts. Dad had binoculars around his neck. I was carrying a score book. We had a sneaking suspicion that Sigel’s finest wouldn’t take too kindly to our popping in for package liquor. There would be nothing left of us but a pair of Oakleys and a few strands of hair.

But we needed that beer.

We arrived in Sigel. The exterior of the “bar” was not comforting. First off, it was called “BAR.” It had a sign on the door for “Chicken Fried Steak.” There was a huge crack in the glass of the front window. A flag waved out front with “Don’t Tread on Me” blazoned across it. There were four vehicles out there, too: three pickup trucks and a Harley. One truck had a bumper sticker: “I Got Your Jihad Right Here.”

We climbed out of the car. Dad looked at me and tried to make a joke. “You got your fighting clothes on?”

I made Dad go first. He pushed the door open, ringing an awful, awful bell. I cringed. Here we go.

There were four people sitting at the bar, big dudes, and a bartender, even bigger. They all darted their heads toward the door. We had clearly interrupted something, and we were about to pay. Why hadn’t we kept the car running? How quickly could we escape? Being beaten to death by bikers in Sigel, Illinois, with my father, while searching for beer and wearing a T-shirt emblazoned with the image of a lethargic fundamentalist Christian… well, it wasn’t the most honorable way to die, though it made some sense, really, when you thought about it.

They registered our faces, blinked, and then turned their heads directly back toward the television. They were entranced. The room was silent, except for the TV. They were watching Mr. Holland’s Opus.

More specific, they were watching the end of Mr. Holland’s Opus, when Richard Dreyfuss’s character sums up his entire career during a rousing concert as an entire town weeps. The music rises, the crowd swells, everyone’s crying. Mr. Holland sure did touch a lot of lives.

Dad and I stood at the front door. I looked at him. He looked at me. We waited until the film ended, tiptoed to the bar, asked for a twelve-pack of Natural from the moist-eyed bartender, and drank all the way home.

The first time I ever had a beer with my father, I had just turned 21. Both my parents were drinkers, though my mother took a year-long break from booze when I was 12 because she was in nursing school and needed to concentrate. I was impressed with her seriousness, and her organization: The night after her first day on the job in the emergency room at the hospital, she drank three beers, as if nothing had changed, as if the last year hadn’t happened. Even today, my mother, sprung into a fitness craze in the wake of her breast cancer, still can knock down beers with the most grizzled barfly, though now she always makes sure to know the caloric content beforehand.     (continued on page two) 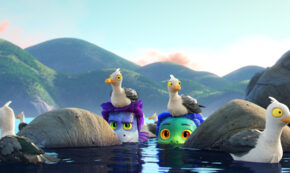 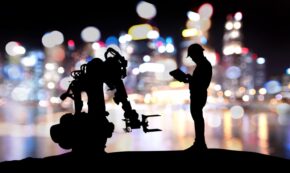 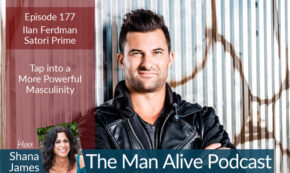 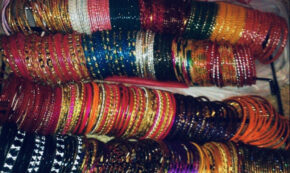 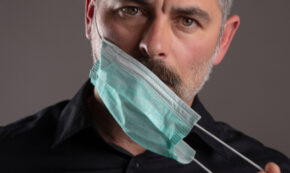