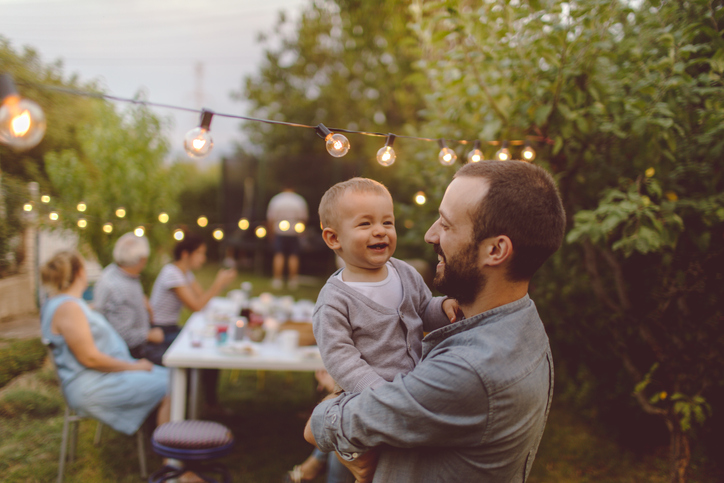 —
In a recent conversation, a male friend was describing a group of his female friends discussing their ideal male partners, detailing how the define a “successful” man. This particular group of women are all financially successful and live in luxurious homes. Their measure of success? A man who made more money than they did.

Each time I hear of such things, I metaphorically vomit a little in my mouth. My own father worked long hours to bring home a six-figure salary. He left at 5 a.m. and returned at 7 p.m., tired and cranky. A female friend of mine is married to someone like that. They have a beautiful home, take beautiful vacations, but at the end of the day, all that’s left for her and her family are the scraps of a vibrant man working himself to the nubs.

This is not the measure of a successful man. Society may pressure a man into being this, wearing himself down day after day, but how is that the measure of success when there is nothing left for your partner, friends, family, or self after a long day at work?

When I look at the word “success,” it becomes incredibly problematic. For some, the notion of a success is a Trumpian world where the gleaming opulent lifestyle should somehow bleed inward, resulting in a magnificent internal world gilded by good looks.

For me, success doesn’t flow from outside to inside; it moves from inside to out. It transcends money, celebrity, height, weight, race, sexual orientation. This success has a man glow with purpose and integrity.

This is more of a beginning than a finite list when it comes to the qualities a successful man embodies. No amount of money, good looks, or fame can cultivate this.

When I heard my friend’s words, I imagined a group of women who might attract a man who played the game of life by the numbers. Perhaps his compass would be tuned to a north within himself, one magnetized by his core, guided by integrity. But when the first attribute relates to money, I have to wonder what kind of man that is: someone who measures his success by the digits in his bank accounts, or someone whose own vast worth goes beyond the external, the vast space uninhabited by a dollar symbol.

I chose the latter when I chose my husband. I see him rise daily to be a better man, father, husband, friend. For me, that makes him successful now and forever.
—

“In my eyes, a successful man is one who is willing to quit his job when he realizes he is selling his soul. No amount of money will nourish a withering soul.” I wholeheartedly disagree with this statement. Many of us, myself included, do not have the freedom to do this. We have families to support and expectations to meet. While I am an advocate of finding the life you want, not the life you hate, up and quitting your job is NOT a sign of success. Happiness is an inside job and if you are truly grateful for your… Read more »

“A man is a success if he gets up in the morning and gets to bed at night, and in between he does what he wants to do.” ~ Bob Dylan

In principle, I love this idea . . . in reality, I know that we all have things we simply have to do and don’t always love doing . . . Wearing yourself to the bone, however, is a whole ‘nother thing.

FacebookTweetPinEmailShares891
We use cookies on our website to give you the most relevant experience by remembering your preferences and repeat visits. By clicking “Accept”, you consent to the use of ALL the cookies.
Do not sell my personal information.
Cookie SettingsAccept
Manage consent