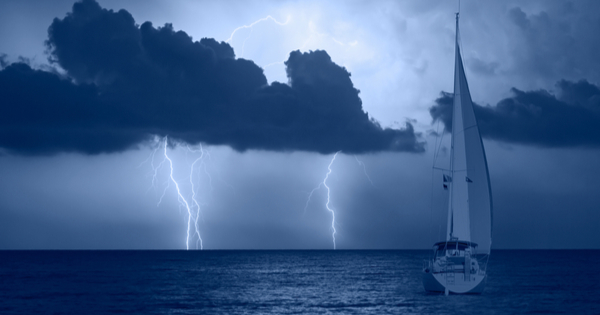 Normally this kind of article would be written as the year comes to a close. We look over the highlights (and the lowlights) and prepare for the year ahead but considering all that’s happened over the past few months, it feels as good a time as any to look back at all that’s happened, and what lies ahead.

And we’ve still got more to come.

A few short months ago everything made sense. Little did we know what was in store for us. The first big hit came when Covid19 washed ashore. Country by country lockdowns were announced. Some countries were spared the devastation that followed, others weren’t so lucky.

It’s not just the loss of life that took its toll but also the economic knock-on effects of the ensuing lockdowns started to take effect. While some companies like Zoom, Amazon and Costco benefitted, many couldn’t survive. Hertz, Neiman Marcus, JCrew, JC Penny and Chuck E. Cheese are just a few of the big names that didn’t make it. I wish I could say that’s the end of it, but I fear it’s just the beginning.

States now seeing explosive growth in coronavirus cases are also taking an economic hit, with indicators such as restaurant bookings, consumer spending and small business activity pointing to a slowdown, according to Deutsche Bank economists.

Those states include Arizona, South Carolina and Texas, all of which pushed to reopen their economies quickly. Texas, which had one of the shortest stay-at-home orders in the country, on last Thursday announced a halt to its reopening plan, citing the surge in COVID-19 cases.

The question is what happens next?

Can, and more importantly, will people accept another lockdown?

If there’s one thing Covid19 has proven to be it’s resilient. Unlike the flu, warm weather hasn’t slowed it down, and while healthy people (for the most part) are less likely to be affected by it, the bigger problem is how it affects the elderly and people with pre-existing conditions. People with diabetes, hypertension, and obesity aren’t so lucky and considering that 30% in the US are obese that equates to at least 100 million people at risk. That could be grandma, Uncle Peter or your next-door neighbor.

What happens next is anyone’s guess.

I fear some countries are sitting on an economic timebomb. According to one article I read, two million restaurants are at risk of bankruptcy, and then we have the hotels, airlines and other travel-related industries. Will they be able to recover?

Only time will tell.

What I can say for sure is that things have changed and will continue to change at an ever-increasing speed. China just revealed the first 100% fully automated restaurant. KFC in Moscow revealed a robot-powered restaurant. It seems inevitable that fast food chains will adopt automation the fastest and assuming they can succeed in creating the same quality people expect that will mean millions of jobs will go poof.

We all knew this was on the horizon, the signs were there, but Covid19 pushed it front and center. It has become a sense of adapt or die.

Then, off in the distance, we have the US election. It looks to be a fierce battle between hard-nosed Republicans and diehard liberals. Come November, we’ll know who will be president, and regardless of whether Trump remains, or Biden takes over, effects will be felt the world over.

As America goes, so goes the world.

Sadly, I feel that either way, America will continue to polarize leading to potentially an even more explosive situation. In Neil Howe and William Strauss’ book, The Fourth Turning, they look back 500 years and uncover a distinct, and prophetic pattern of four stages all civilizations go through, the last being when society undergoes great upheaval.

From the looks of things, we’re already there.

While we can’t change what’s happened, we can prepare for what’s to come. It’s never too late. As my mentor Jim Rohn used to say, “It’s not the blowing of the wind that determines our destination, it’s the set of the sail.”

As Selina Kyle said in The Dark Knight Returns, “There’s a storm coming, Mr. Wayne.” Looks like she might be right.

The question is, do you have your sail up?