You may already know the basics of presence.

But there’s much more that can be done with our presence depending on the stage of relating we’re in. We can direct it like a field of energy.

Use that force wisely.

I teach six essences that are guiding ways of being, best used at different times of the social interaction.

1) Monkey (Attraction): Widespread across entire room, focusing on the group like sonar pulse emanating outwards from the center of your group.

By respectfully maintaining presence with everyone in the group and the rest of the gathering at the start of any social interaction, you’ll be aware of the surface level goings on around you and be able to respond impressively well. Not only this, but you’ll exude ultra confidence as you won’t be immediately giving your valuable, focused presence to the woman you find hottest physically in the group (since if you’ve just met there’s little way you know they’re hot personality-wise).

2) Owl (Qualification): Cautiously held & released between self and the group like you’re Gandalf considering having another hold onto the One Ring.

Pulling your presence back and releasing it at key times within the group will help you listen and allow you to become interested in the others in the group. Remember, no one actually cares what you think until they think that you care about them.

Also, women are so used to guys proving themselves to them to earn their presence that this will actually allow the woman to prove her high value to you, which will be a relief or challenge to most women. This will also allow you to notice any red flags, saving any regrettable actions.

3) Giraffe (Trust): Completely open around self and another like the “Cone of silence.”

If you feel you’re engaging with someone of a great relational fit, now you can create a “cone of silence” around you and your new best friend. Hopefully you’re not still going out to loud bars/clubs, so both your experience is not literally like the video in the link above.

The key here is to open up first, and then take a genuine interest in her world. If she’s of healthy character, she’ll find this far more attractive than how big you think your proverbial man bits are.

4) Dragon (Respect): Direct and penetrating like a sniper rifle.

This is pretty straightforward as many men do too much of this too early. That said there’s plenty of “nice guys” who aren’t assertive enough when the time comes to move things towards physical escalation. Direct your full focus, presence and intention into her eyes, and occasionally focus on her lips, slowly closing the spacial gap between you until she can’t take it anymore. I think you can handle the rest from here (otherwise, let’s talk).

5) Bear (Vulnerability): Warm and strong surrounding the other like hugging a sexy teddy bear, and also allowing the same for yourself.

The morning after, most women don’t want to be kicked to the curb and if you were genuinely interested in her, that would hurt like heck for you too, so don’t/stop doing this. You’ve just merged souls (and perhaps bodies), so you deserve each other’s deeper emotional parts.

Many guys don’t want to show this because they fear getting hurt, but this is in fact what turns many women off anyway, so you gain little by withholding. A strong surrounding presence would hold her tight without needing more sexual action. Do things like making her breakfast or taking her out to an early lunch. This will let her know you’re not just another player but potentially her prince.

6) Lion (Commitment): Hand in hand towards world (back to Monkey through Bear with others) like the Dynamic Duo of Batman and Batgirl.

Congratulations, you’ve found a keeper. Here’s where many get it wrong — I’m even guilty of this myself — and become completely entwined in each other’s lives at the expense of everything and everyone else.

I got your attention with the attracting girls bit, but here’s the clincher, this all works in exactly the way same for business relations and friendships. Your presence is directed the same way, but without the sexual undertones you’ll of course have if you’re interested in a lady for dating/partnership. Instead of going romantic, it’s declaring you’ve both found a new best mate or sealing that deal in the boardroom.

So you can do this yourself out in the world or with your new partner hand in hand. On top of all this if you’re interested in continuing the sexual undertones to the bedroom while in relationship, check out my Monogamish post, which aims to keep things exciting in the long haul whilst preserving romantic exclusivity.

We all have different ideas of what modern masculinity is, the above has just worked incredibly well for me personally and for my clients, and is the culmination of over one hundred social dynamics teacher’s work.

What would you do differently? Discuss in the comments below.

Elphie Coyle is based in Melbourne, Australia. He’s an enthusiast, creator, gamer, author, leading learner, agent, lover and a liberator of the world's chronological, creative, financial, sensual and spiritual shackles. A professional speaker and facilitator for over 15 years, Elphie is engaging the minds and touching the hearts of thousands internationally. He is the founder of SensualFreedom.info which stands for creating intimacy in the world through workshops, one on one (or two) mentoring & the upcoming book, "Sensual Freedom: 50 Shades of Monogamish." 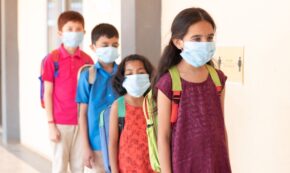 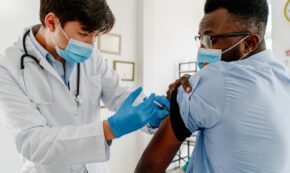 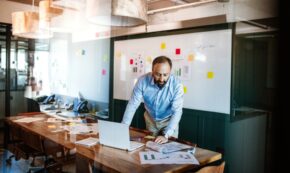 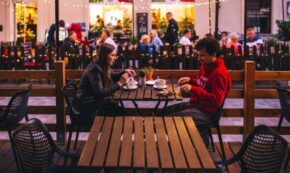 FacebookTweetPinEmailShares110
We use cookies on our website to give you the most relevant experience by remembering your preferences and repeat visits. By clicking “Accept”, you consent to the use of ALL the cookies.
Do not sell my personal information.
Cookie SettingsAccept
Manage consent