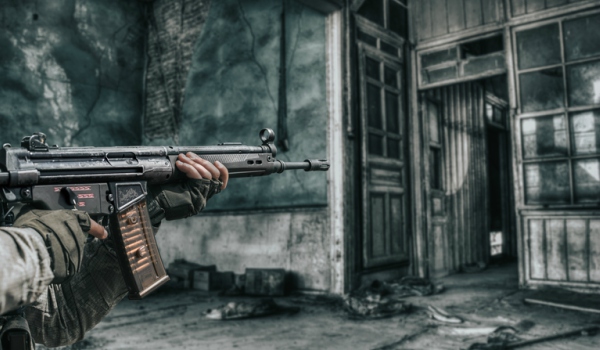 Editor’s note: Although this post was written in November 2015, we find it important and, sadly, highly relevant, still. Original title: “A Pastoral Word to My White Friends After the Most Recent Mass Shooting at Colorado Springs”

To My White Friends:

Look, I don’t want to argue with you about this. I’m not trying to make connections between Robert Lewis Dear, the shooter at a Colorado Springs Planned Parenthood and the ISIS terrorists — although I’m certainly not above snarkily pointing out hypocrisy when it seems so obvious. (Sorry. I’m a flawed human being. I’ll try to contain myself.)

No, what I want to speak with you about concerns the way we white folks sound to other people right about now. I occasionally tune into Fox News, so I know many white people feel a bit beleaguered like popular sentiment holds us responsible for all the bad in the world. (I’m generalizing. If this doesn’t describe your experience of “whiteness,” then clearly I’m not talking about you. Don’t email me.) And we’ve been told often and loudly that white people are victims of a “political correctness” gone crazy, that we’re basically good folks who are misunderstood, that everybody else is just too damn sensitive nowadays.

I hear you. I confess that there are times when that way of telling the story of the place of white influence in our culture is tempting.

But I want to help you hear how that view of reality sounds to people not born into our little club. You may not agree with all the conclusions other folks draw about how white people often respond to the world. As I say, I’m not trying to argue with you. I’m just trying to give you a sense of how non-white people see us.

What does my stated purpose have to do with Robert Lewis Dear and the shooting at the Colorado Planned Parenthood, you ask?

Well, in a vacuum, nothing. As an isolated incident, all we have is another mass murderer, wantonly trying to work out his demons on the unsuspecting. (I was going to say “innocent,” but judging by my Twitter feed, I know there are folks who believe that anybody in a Planned Parenthood probably deserved to be shot anyway. Again, keeping to my promise, I’m not going to argue with you about that. It is important, however, that I put my cards on the table: I think that’s a despicably utilitarian calculation.)

Anyway, devoid of context, all we have is another guy shooting up a public space (in this instance killing a police officer), who is subsequently apprehended, and taken to jail in handcuffs. Fairly straightforward when you tell the story that way.

But see, that’s the problem. We white folks often prefer to tell these kinds of stories in a vacuum, devoid of context, as unconnected to any other story. Just a single white guy doing something stupid and harmful. And when the single white guy is carted off to jail in handcuffs, we have enough of a sense of fair play to feel resolution. He goes to jail; society gets justice. Everybody goes away sadder, but a little safer for having taken one more nut job out of circulation.

Unfortunately for the way we tend to see the world, though, these kinds of incidents don’t occur in a vacuum. Yesterday The Atlantic published a report detailing the culture of corruption in Chicago municipal government in general, and in the Chicago police department in particular. The case that gave rise to this piece is the shooting of and African American man, Laquan McDonald, which has been much in the news recently, after the release of the dashcam video of the incident was finally made public, having been kept secret for over a year.

In the Laquan McDonald video, we see a young man walking away from a police car, and being shot almost immediately. Apparently, Mr. McDonald had a knife in his hand — but he was very clearly not threatening anyone with it. From the silent video, it looks like he just kept walking, presumably after someone told him to stop. That the officer who killed him is being charged now with murder feels a bit like a public relations move to cover the backsides of those in charge.

Contrast the brief encounter between the African American Laquan McDonald and the police — in which McDonald was shot without apparent provocation — with the five-hour-long altercation between Robert Lewis Dear and the police — in which three people were killed, including University of Colorado officer, Garrett Swasey, and Dear walked away in handcuffs — like white gunman, Dylan Roof after killing nine people in a South Carolina church.

Now, I suspect some of you will say, “The two situations are totally different for a lot of different reasons.” Apart from initial reports, I don’t know enough about either altercation to be able to discuss the particulars that form the context of the incidents in question.

If you aren’t white, how could you escape the conclusion that the deck is stacked — certainly systemically, and often individually — against you?

Some of you will object, saying, “Well, that’s not fair. You’re basically accusing those police officers of being racists. But you don’t know what was in their hearts.”

It’s true. I don’t know what’s in those police officer’s hearts as they’re pulling the trigger on another African American man, while somehow showing amazing restraint when it comes to white Americans. None of us do; I suspect not even the officers themselves always know.

But what’s in their hearts isn’t what I’m getting at. The issue I’m trying to deal with is what’s in the hearts of those folks who repeatedly see their brothers murdered, while much more violent white men get to live another day. A lot of white folks can’t seem to wrap their heads around why a movement like #BlackLivesMatter inspires so much passion. White folks respond to such passion by asking, “Shouldn’t #AllLivesMatter?”

But African Americans watch another video of a black man cut down in the street, and that’s really what they’re asking: “Shouldn’t all lives matter? Shouldn’t black men be able to expect the same kind of treatment from the police as their white counterparts? Of course, all lives should matter. We’re just saying that black lives should matter as much as everyone else’s — because at this point, it sure feels like only some lives matter, and none of those lives appear to have skin darker than Robert Lewis Dear.”

And then they hear some of us complaining about “reverse racism,” and it’s galling in ways difficult for us to imagine.

You see, it’s hard for people who’ve actually experienced racism to take seriously the cries of persecution from folks who’ve been (literally) riding at the front of the bus for so long.

When non-whites hear us talk about how difficult it is to be a white man today (I’ve read your Facebook wall), African Americans want to ask: What actual physical/economic/social hardship have you endured because you were born white and male? That’s the thing too many politicians trading on white insecurities get so amazingly wrong: Trying to view the world through someone else’s eyes isn’t “political correctness”; it’s empathy. And we need more of it, not less. Appeals to “reverse racism” sound like the whining of privileged children, unused to deferring to anyone in pursuit of what they feel sure is by all rights theirs anyway.

If you’ve been bullied or beaten because your skin color isn’t sufficiently light enough, if you’ve gone on fifty job interviews that sounded promising until you showed up in person, if you’ve been followed around by security at Walmart, if you’ve been told repeatedly that you’re just too “sensitive” when people make cracks about your race or heritage, if you’ve had to have a long and painful conversation with your children about how to appear non-threatening so they won’t get shot if stopped for a broken taillight, if your kids watch T.V. and see show after show in which the only people who look like them are criminals, if you’ve endured legislation implicitly written to make it more difficult for you to vote, if you’ve historically had to live with an unemployment rate twice as high for you as it is for your white neighbor, if you live in a neighborhood where people stare at you as you walk down the sidewalk because you don’t look like you belong there, if you have children who go to a school that is perennially under resourced, if you work in an environment where you’re constantly aware that people assume you got your job to fill some H.R. quota, if you’re not in the military but still know multiple people who’ve been shot, then (and here’s the really difficult part) it’s a herculean task to work up much sympathy for the self-pity white folks feel because they’ve got a brother who’s just sure the reason he didn’t get into Harvard had everything to do with the fact that he wasn’t a minority.

As I said, you may not agree that there’s a difference in how white people and minorities are treated. If so, I’m not going to be able to change your mind. But you should at least be aware of how your suspicion that the system has been rigged against you sounds to people who’ve actually lived with a system rigged, explicitly in many cases, against them.