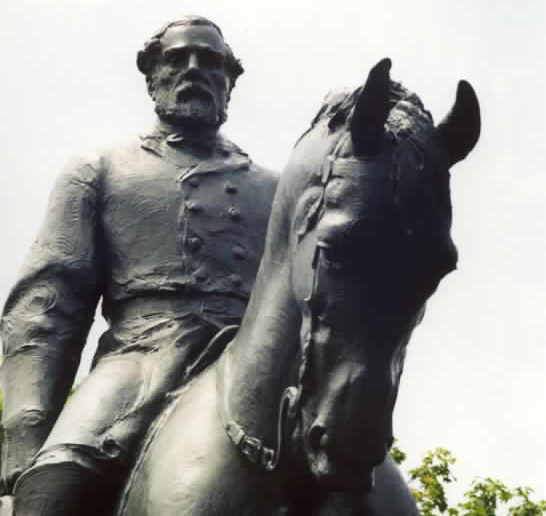 In Birmingham, AL, protesters took down a Confederate statue of Charles Linn and attempted to topple another statue in a Birmingham park. After their rope broke, the protesters agreed to stand down after the Mayor promised he would, “finish the job,” a promise he kept. Protesters in Richmond, VA, tore down a statue of Gen. Williams Carter Wickham, on the campus of Virginia Commonwealth. One protester urinated on the fallen statue before running away. A Confederate monument on the campus of the University of Mississippi was covered with red handprints and labeled, “spiritual genocide.” In Montgomery, AL, a status of Robert E. Lee was taken down, outside the high school named after him.

In the aftermath of the senseless murder of George Floyd by four Minneapolis policemen. Protesters are removing racist monuments and statues that frankly should have been taken down long ago. They never should have gone up.

You can’t walk around Germany and find statues and monuments to Hitler. Erwin Rommel was a brilliant General but you don’t find Jewish children in Germany forced to attend Rommel High. It was only 7 years ago that Jacksonville, FL renamed a school that for 54 years was named after the founder and first grand wizard of the Ku Klux Klan, Nathan Bedford Forrest. There are Robert E. Lee high schools in Jacksonville, FL, Tyler, TX, Montgomery, AL, Springfield, VA, Baytown, TX, San Antonio, TX, and junior highs in Orlando, FL, and Monroe, LA. I likely missed several but you get the point.

There are those who try to make these statues something other than what they are. They say they are a part of history that shouldn’t be lost. They aren’t concerned with telling the whole history mind you. Look up Birmingham’s Charles Linn and you can find biographical information about his stint as a seaman and how he transported cotton to Liverpool to support the war effort. You can read about the mercantile store he owned and operated. There’s barely a mention of the plantation he opened and none of the slaves he owned and how they were treated.

Richmond’s, Williams Carter Wickham was a plantation owner and slaveowner. Like most Virginian slaveholders, he profited from the forced breeding (rape) and sale of slaves. After the war, he became the President of the Chesapeake and Ohio Railway Company where he exploited former slaves, many of them forced to work as convict laborers. Why exactly did he merit a statue? Some of his relatives tried to have it removed in 2017 after the Charlottesville violence. Ultimately, his statue was removed by the people of Virginia who’d had enough of this racist monument.

Robert E. Lee is the subject of much debate among apologist historians. They fiercely argue whether or not he personally whipped some runaway slaves as described in anonymous letters printed in the New York Daily Tribune. There seems to be general agreement that the slaves were whipped, some disagree as to whether Lee would have stood and watched. The historians try their damnedest to portray Lee as a gentleman and a “good” slave owner. For the record, there is no such thing as a good slave owner.

In addition to the statues that were taken down by protesters, several cities have recently become enlightened that they represent an affront to the black citizens who walk past them daily, seeing them as honoring slavery and the brutality that came with it. “Southern Heritage” is a double-edged sword. When the legacy of your ancestors is that these men honored with monuments and statues were killers, and often rapists (I’m looking at you Thomas Jefferson) it’s hard to revere them as heroes. The majority of these statues weren’t erected at the end of the war but as a response to the passage of Civil Rights and Voting Rights legislation decades later. Charles Linn’s statue was put up in 2013.

Madison County has petitioned the State of Alabama to remove a statue in Huntsville. Richmond, VA is trying to remove statues of Robert E. Lee and others. Cities are finally beginning to recognize if not the rightness of taking them down, the fear that they will be taken down after the next senseless murder that history suggests isn’t long in the offing.

US Army bases are considering renaming those locations named after Confederate Generals. The largest Army base in the world is Fort Bragg in North Carolina. One officer said,

Bragg wasn’t even a good General, losing the 1863 Battle of Chattanooga and resigning from the Confederate army in disgrace. Fort Gordon outside of Savannah, GA is named after Lt. General John Brown Gordon, once the head of the Georgia Chapter of the Ku Klux Klan (the record will reflect he publicly denied it). Take the Army looking into changing these names with a grain of salt if it requires Presidential approval.

America, especially the Southern states that have passed legislation forbidding local jurisdictions from taking down these monuments to slavery, have a chance to do better. Alabama has already sued Birmingham for removing the statue they took down. The maximum fine, in that case, is $25,000 and it looks like Birmingham simply decided to bite the bullet. Other cities need to step up and honor your citizens, especially the ones pained by the existence of the monuments glorifying a slave culture and at least pretend their lives matter. Like the title of Spike Lee’s 1989 film classic, “Do the Right Thing!”

It has been suggested that we should rename as many as 10 of our Legendary Military Bases, such as Fort Bragg in North Carolina, Fort Hood in Texas, Fort Benning in Georgia, etc. These Monumental and very Powerful Bases have become part of a Great American Heritage, and a…

…history of Winning, Victory, and Freedom. The United States of America trained and deployed our HEROES on these Hallowed Grounds, and won two World Wars. Therefore, my Administration will not even consider the renaming of these Magnificent and Fabled Military Installations

…Our history as the Greatest Nation in the World will not be tampered with. Respect our Military!

Writer, poet, wannabe philosopher. I write about politics, race and social justice. Support me at https://ko-fi.com/williamfspivey0680

Facebook27TweetPinEmailShares27
wpDiscuz
0
0
Would love your thoughts, please comment.x
()
x
| Reply
Share this ArticleLike this article? Email it to a friend!
Email sent!