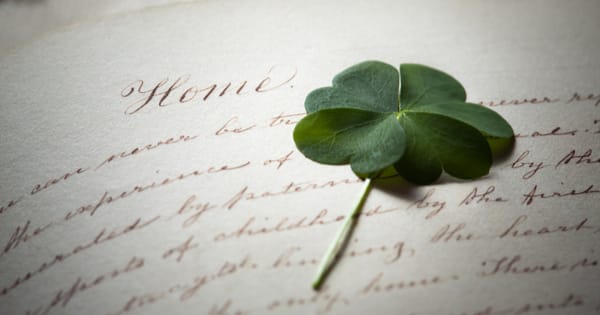 If life can be compared to being on a teeter-totter, the longer you live, the more unbalanced it becomes, with the memories you have accumulated, the experiences, good, bad, and indifferent, outweighing your present, causing you to rise, metaphorically, higher in the air . . . and off the ground. With feet dangling, your viewpoint of the world is more expansive: You see more, and you see farther.

It is the vista that produces nostalgia — the melding of a foreseeable future, where you might go, and your realized past, where you have been. And your ability to stay in that moment — to balance the mix of emotions that sweep in like opposing currents — eventually determines the ultimate angle of the teeter-totter; that is, how you will feel about, and thus lead, your life.

Right now, I am rising — in age, that is. And with it, the gap to the past is getting larger. Sometimes the memories are hard to pull up, sometimes they are not. But mostly they are fluid, bouncing through the “thought stream,” a term often used by mindful meditation practitioners to cite one’s continually running engine of a mind.  And with the end of this summer approaching, I am thinking of a similar time, many years back, when I spent the last weeks of August living with my grandmother, in the little saltbox house she owned near the ocean on Long Island’s eastern end.

What I remember most about that summer was how I felt both aimless and trapped.  Newly graduated from college, I was lost in a way that leaves the mind unmoored while the body stays anchored.  Mostly I spent evenings in bars and mornings at the beach, trying to wash away a groggy head in the bracing sea.

In between I was with my grandmother, who spent most afternoons sitting in a back porch, cutting vegetables for dinner.   Her expertise was fresh-picked green beans.  A devout Catholic, she would work and pray at the same time, her lips moving in rhythm with the paring knife in her hands, the beans serving as substitute Rosary Beads, reciting oaths she learned in Ireland, growing up in the southern village of Ballylongford, on the tidal banks of the River Shannon and close to the turbulent North Atlantic.

I always wondered if my grandmother thought of Ireland while she cut beans; the Long Island house was less than a mile from the ocean, and from the porch one heard even the mildest of swells.  Perhaps the sound was a comfort to her, a familiarity that made it easier to adapt to a new country, why she never felt the need or desire to return to Ireland.  “I like to remember it the way it was,” she told me once.  “When I was young.”

It’s still hard for me to visualize my grandmother as a girl.  I only knew her as an older lady, with matronly gray hair and deep wrinkles that hid kind but probing blue eyes.  But there was no bitterness in the folds, even though she had cause to embrace the feeling.

Like many Irish immigrants in the 1920’s, my grandmother came to America seeking relief from famine, not fortune. There was also “The Troubles” to contend with – the escalating violence that spilled down from Northern Ireland, where Protestant communities loyal to British rule squared off in bloody battle against Roman Catholic nationalists. During this time, the school in my grandmother’s village was burned to the ground by British forces, and Catholics in the area were forbidden to congregate or attend church services.  Yet I never heard her say a bad word about the English, never heard her complain about a childhood interrupted, an education limited, a family forced apart. My grandmother seemed to have come to peace with the past and had left whatever trauma she experienced in Ireland in Ireland.

Perhaps owing to her early life hardships, my grandmother was a grateful person and an optimist extreme.  I can still hear her often-spoken refrain “all for luck” whenever something worthy of a complaint came to my lips, whether I was lamenting a sprained ankle from a basketball game or hurt feelings from a relationship gone wrong.  She would always come back with an alternative of why what had happened to me was ultimately for the best, usually because it could have been worse.  Broke your arm – lucky it was not your back.  Lost a job – lucky you can still work.  She took the long view with everything, and always with the trust that things would turn out well.

But despite that positive outlook, my grandmother was wary of dangerous forces unseen, be it Banshees or lightning (she would sprinkle Holy Water on our furnace at the first clap of thunder, and on my forehead).  Her superstition extended to astrology, and that summer she always enjoyed when I read aloud to her the horoscopes from the day’s newspaper – not just her own (she was a Sagittarius), but every sign in the chart, her lips moving in silent prayer as she listened to the foretelling of riches and love, threat and security, challenges to embrace, opportunities to avoid, decisions to make.

As that summer came to an end, I knew I had a decision to make – knew I had to confront my deepest insecurities, break the spell of my inertia and find a job, start a career, grow up.  Unable to sleep one night, I took a solitary walk around the house.  I stopped on the porch and sat in my grandmother’s chair.

Light from a full moon pierced through the window and bounced off the tabletop.  On the side of the table lay the newspaper.  It was open to the horoscopes.  Scraps of beans covered Capricorn, my sign.  I considered moving them aside and reading my future, but instead leaned back in the chair and closed my eyes, drifting away to the sound of cresting waves, trusting that all would be good in this next journey of my life.

But even if not, it was all for luck.

Facebook4Tweet1Pin2EmailShares7
wpDiscuz
Share this ArticleLike this article? Email it to a friend!
Email sent!