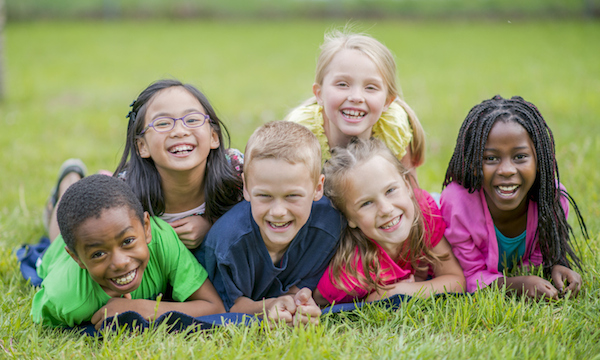 “For goodness sake, I don’t want the heel!” An exasperated lady had just directed that precious barb at a scowling supermarket butcher as he was slicing up a two-foot-long salami. I wasn’t present at this family classic but it provided many laughs and became the prompt for many such stories years afterward.

iEvery weekend, the four of us, sometimes with a host of pals, had an unshakable routine: We’d go to the local high school and play football and lacrosse and chase each other around on the deserted fields for hours, even in the colder months.

Part of this ritual was lunch, plain fare eaten at the field. On the day of salami woman, it was the middle kid’s turn to get lunchmeat while the others got French bread and cream soda. He came back to us at the check-out line, repeating the story and the key phrase in a perfect, high-pitched mimic of the impatient lady.

We all loved it – it was a genuinely funny story and this sometimes-stoic son was genuinely excited as he told it. I was so surprised and pleased with the recitation of the scene that I told the boys I’d give them a dollar every time they had a humorous story about something that they’d seen. “See how your brother got that one? Guys, the world is full of these kinds of funny situations and people and jokes. Keep alert and you’ll find them.” Obviously, the dollar was symbolic to both them and me – the real thrill was in them bringing back something to share.

Of course, it helped that I acted like a joker sometimes as well. When we’d go to a burger place, or Mexican restaurant or a pizza joint, I’d order a taco at the first, a pizza at the second, and a burger at the last. Then I’d make a confusing scene, feigning surprise when I received the obvious answer to my question – “We don’t serve that” – from the waiter. The boys knew this scene was going to play out and would be giggling in anticipation of the whole routine. Hey, it wasn’t high comedy, but it was funny enough to us.

They got on the bandwagon as well. Once the eldest told us about seeing a woman accidentally back her car into another, and when challenged, she told the guy that the brand new dent she had just caused in his car “had always been there.” He was excited to tell us, and it was a funny story.

The youngest kid told us he was in line with a group of kids registering for a school project. When he got to the front and a guy asked him his birth date, my son said, “November 2” and the guy asked, “What year?” My kid responds, “Every year.” Pay the man, Shirley.

And be ready to surprise them; again, always try to be loose yourself. During halftime at one of the eldest son’s games, I was carrying a lacrosse stick I’d found lying near a car in the parking lot. The middle kid and his friends walked by me on the sidelines and my son’s face lit up in surprise. “Dad, what are you doing with that stick?” I responded nonchalantly, “I’m gonna warm-up Wheeler,” who was the varsity goalie.

Immediately, the kid and his pals could see the whole scene was so patently preposterous – the old man in a suit and tie, shuffling out on a field in front of 200 spectators to take practice shots on a premier goalie – that he and his friends began howling with laughter. “Gonna warm up Wheeler” became a family staple. Of course, I fell short a few times going for the yuk, but I was always trying.

The most pleasing and important aspect of this whole exercise is that the boys looked for something funny when we were out and about. This not only furthered their overall awareness but contributed to a decidedly upbeat outlook. All three boys grew up to be good-natured kids, always quick with a smile and seeking laughter and the good in this world. That’s because in being encouraged to always seek the lighter side of life, they were absorbing a lot more.

Jeff Nelligan is the father of three sons; the two eldest are graduates of the U.S. Naval Academy and Williams College while there third is a Cadet at West Point. He is the author of “Four Lessons From My Three Sons: How You Can Raise Resilient Kids” (Amazon, 2019) and writes at www.ResilientSons.com

Facebook26TweetPin1EmailShares27
wpDiscuz
0
0
Would love your thoughts, please comment.x
()
x
| Reply
Share this ArticleLike this article? Email it to a friend!
Email sent!