Get Daily Email
Join/Login CLOSE
Home / Featured Content / Am I a Narcissistic Sociopath? 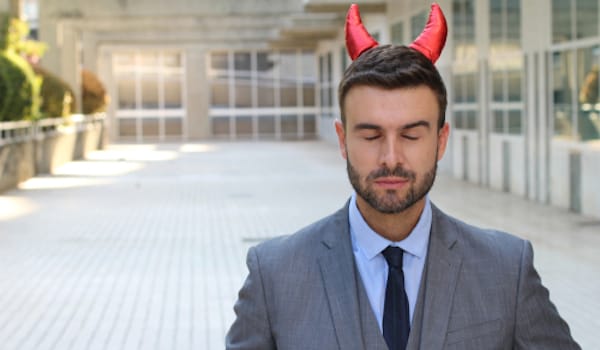 What’s wrong with me?

Do you ever go online and Google your symptoms when you’re not feeling well? It’s a common thing. We’re all guilty of going to WebMD to see if we can figure out what we have. And it’s not just with physical ailments. We’re prone to thinking about what’s wrong with us psychologically. If you’re wondering if there’s something wrong with you, you’re not alone. We’ve heard about narcissists. They’re obsessed with themselves and highly manipulative. We’ve also heard about sociopaths. They lack empathy and break the rules without regret. There are people among us living with Narcissistic Personality Disorder and Antisocial Personality Disorder. You might not realize who they are, but they’re there. Do you ever wonder if you have a personality disorder?

People with Narcissistic Personality Disorder are beyond self-absorbed. They need people to worship them. They don’t make friends because of a genuine interest in human connection, but rather to have a following. They want their friends to pay them constant compliments, and help them achieve social and professional success. They view people as stepping stones to getting what they want in life. They’re social climbers, and extremely manipulative. A person with NPD is in reality extraordinarily insecure. However, they come across as cocky. Their confidence is an illusion. NPD can be caused by severe abuse that the person was exposed to earlier in life, and therefore they don’t love themselves. They want people to fill the void within themselves.

A person with Antisocial Personality Disorder (or a sociopath) doesn’t care about the rules of society. They don’t have empathy for other people and find it easy to get what they want from them. They (like someone with NPD) see people as pawns. Although, a sociopath doesn’t require the constant flattery that a narcissist does. They don’t care what other people think about them and tend to be outliers. They isolate from other human beings and live by their rules. Sociopaths can be involved in criminal activity, and in some cases, they are even violent. Though, this isn’t always the case. They are still highly manipulative and find it easy to push aside other people’s emotions.

Can you be a narcissistic sociopath?

You can be a narcissistic sociopath. It’s possible to be a sociopath who also has NPD. These two conditions might sound contradictory, but it’s possible for them to overlap. That is a dangerous combination and is someone who needs to seek treatment. If you don’t have regard for how other people feel, you’re egocentric and feel that the world owes you something, and you’re disregarding the law, you’re bound to get into legal trouble.

Getting the help you need

Now that you’ve read about people with NPD and Antisocial Personality Disorder, do you think you might have these conditions? If you do, it’s okay to admit it and seek help in the form of therapy or counseling. Whether you work with a therapist in your local area or someone online, you can get help for personality disorders. Seeking help is a brave move and you can do it, and live a healthy live even if you have one of these conditions. Having a personality disorder doesn’t make you a “bad person,” it’s a condition that you can manage when you work with an excellent mental health professional and take your mental health seriously.