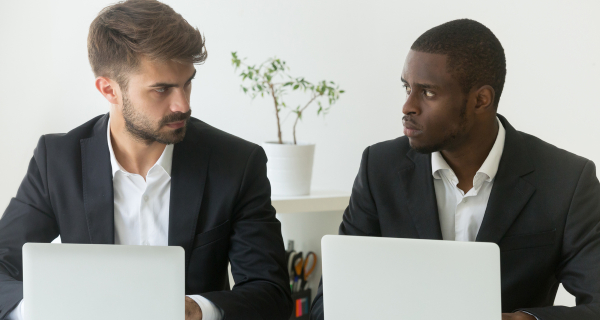 Not only is America incapable of admitting to its race problems, it has developed a whole new language of discussing race in a kinder gentler way so as not to offend those who would prefer not to think of themselves as racist. America used to at least recognize it had a horrible history regarding race.

That too is changing as history books in some cases refer to “immigrant labor” as opposed to slavery. Bill O’Reilly, a self-proclaimed historian, refers to how “well-fed” the slaves were that built the White House. Slavery itself is being rewritten as a mere labor arrangement where the “workers” were provided free housing, food, and health-care. America is finding it harder to admit it even had a race problem.

For those willing to concede America once “had” a race problem. They consider it a thing of the past. Solved by the Emancipation Proclamation, or Brown vs The Board of Education, or this Civil Rights Act or that Voting Rights Bill. America has never solved its race problem or rids itself of systemic racism. It has only given it different names. Slavery was replaced by “The Black Codes”, which was replaced by “Jim Crow” which was replaced by redistricting and gerrymandering and voter suppression.

History meanwhile has ignored or forgotten the most heinous acts committed against people of color. We all know about “Custer’s Last Stand”.How many know about the “Devil’s Punch Bowl” in Natchez, MS where 20,000 Black men, women, and children died. Imprisoned by Union troops in a concentration camp after the Civil War ended. History doesn’t mention “Black Wall Street” in Tulsa, Oklahoma where a thriving community was attacked on the ground and from the air. Over 35 blocks of property were burned and destroyed. Over 300 Black citizens killed and 800 hospitalized. 10,000 Black people were left homeless. Over 6,000 were arrested for up to 8 days. Despite the carnage, the official death toll was listed as “39” by the Oklahoma Bureau of Vital Statistics.

Orange County, Florida including Orlando, was claimed to have suffered the “largest mass shooting in American history” at the Pulse Nightclub shooting with 49 innocent people killed. As horrible as that was, it wasn’t even the worst mass shooting in the County as hundreds of Black people were killed and the rest of the Black population driven out of Ocoee, FL when some tried to vote in the 1920 Presidential Election. Ocoee stayed all-white for over 40 years afterward. America omits the inconvenient mass shootings in Elaine, Arkansas or E. St. Louis, Missouri or Mountain Meadows, Utah where Mormons dressed as Indians and killed 140 unarmed men and women. This is the history America doesn’t teach you when the victims are of color. It has redefined mass shootings to exclude more than a couple of shooters or apparently, race-motivated murder. It allows them to forget it had a race problem.

The problem that continues today stems from demographics. Those that wish to, “Make America Great Again” really mean to re-establish White control which is quickly fading. The reason they forcefully claimed “Barack Obama is the worst President in history” is not based on empirical data. They ignored the fact he saved an economy that was hemorrhaging jobs when he took office. He saved the auto industry. He served in grace despite the hate leveled against him. He established health care benefits for over 20 Million additional Americans. They conspired against him on his first day in office. For those who hate him, he has one inherent flaw. He is Black.

The secret to maintaining White control, even as White’s will soon be a minority in this country, is to control the vote. The tactics now closely resemble those used after reconstruction. Impose voter restrictions, enact poll taxes (although we now give them another name). Position polling places where it will be harder for some to vote than others. Provide limited access to minority voters hoping to dissuade them with long lines. America can deny the inherent racism in policies designed to disparately affect minorities; as long as we can claim it’s for another reason. We all know the almost non-existent voter fraud isn’t the real reason for these laws. What America can’t acknowledge is, that it’s all about race.

America has long not wanted to appear racist. Now I find that it no longer cares about keeping up the facade. Putting aside for a moment the racist background of President Donald J Trump, and his father Fred who was once arrested at a Klan rally. His Campaign CEO was Steve Bannon, former head of Breitbart News, who proved that racism has gone mainstream. That he is racist is beyond dispute. His personal comments and those he approved of in the media outlet he controlled; showed his hatred of Jews, Blacks, Hispanics, Catholics, Women and more. When Hillary Clinton discussed the specifics in a nationally televised speech, surely America would say this was too much. A man with his background cannot stand. After a couple of days of being a story, the storm faded as the media preferred to chase Trump’s evolving immigration policy and Hillary’s Emails. One Trump campaign manager was lambasted for an assault on a woman, another ousted because of his close ties to Putin. These apparently were terrible offenses. A racist heading up the Trump campaign, not a problem.

The list of things America won’t address because it can’t acknowledge its race problem is long. Unequal funding for schools. Disproportionate suspensions and expulsions of minority students. Voter suppression. Mass incarceration. Inequitable policing. The first step in solving any problem is recognizing there is one. America, you have a race problem and it’s time you acknowledge it.