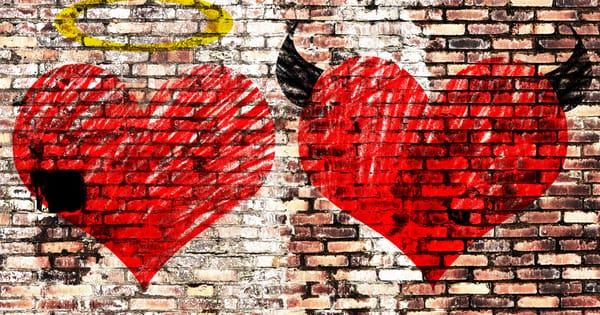 Another February 14th has come and gone and I find myself, yet again, chronically single. It’s not the most terrible of afflictions, really. While the prospect of sharing my days (and nights) with someone is an appealing one, I can’t say that its draw keeps me up nights, furiously writing in a diary or tending to a wish board like a priest at an altar. I haven’t done love that way for quite some time. Seems like an eternity.

I don’t have a problem with love: I love being in love. The past decade or so, however, has taught me to be a bit more judicious about tossing that word around. Regardless of my penchant for coupling, I don’t do love very well. 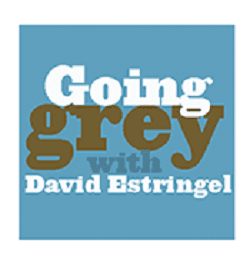 I used to be somewhat of a serial monogamist (at least until my boyfriends cheated on me). I would find someone I was attracted to and who made me laugh, setting my sights on cohabitation and his-and-his wedding bands from James Avery. These relationships were very emotionally intense and centered around sex: a dream come true for a bored gay boy in his early 20s. Unfortunately, a nice body and lots of stamina don’t aren’t the stuff of long-lasting relationships, just fun ones.

My inability to sustain a romantically intimate relationship did little to deter me in my quest for ever-lasting love, however. Like a trooper, I tried over and over, again, looking for something to stick, to last. I never did. As a result, I tended to blame my partners for my dashed hopes. The infidelities, arguments, lies, and crushing indifferences-all of them—their faults, not mine. I truly believed that for a good while, until I found myself shoulder-deep in a toxic relationship that left me taking a look at myself for a change.

Unbeknownced to me, I had issues with codependency. It really didn’t matter how toxic my relationships were, I was terrified of being alone. No matter what my partners did, I blamed myself or tried to, somehow, change myself. It was exhausting and not sustainable. Not until my last real relationship with someone who had a serious problem with alcohol, however, did I realize how much suffering I was willing to deal with just to have someone in my life that I could call “boyfriend.”

It was a life-defining moment. I was sitting in bed, he was throwing furniture around the apartment. Looking on, I felt surprisingly numb to the drama going on around me. I managed to pull my eyes away from the trainwreck and noticed my two dogs, Argyle and Jersey, cowering in a corner and looking at me with sheer terror in their eyes. Out of nowhere, “Why don’t you think you deserve more,” rang through my head. I don’t know if it was divine intervention or whether it was just a matter of me letting my guard down, which allowed my brain to get a word in edgewise. Either way, it was out in all its ugly glory for me to see and own. What had I become?

Needless to say, I exited that situation, finding enough courage to give life a stab on my own. Much to my surprise, I did it and well. That was back in 2007 and I haven’t been in a relationship since.

A lot of thinking—a lot of healing–happens over the course of twelve years. It was rough at the start, but I have managed to learn how to love myself through the process. Realizing that I didn’t was sobering—to say the least. I rummaged through narrative upon narrative that existed inside my head, most mine, the rest from others that I have known and loved in my past. All of them were toxic.

One would think that learning to love oneself would be the most wonderful thing that could happen to a person, but it didn’t end there. Somewhere along the way, I learned to respect myself, too. I didn’t know self-respect wasn’t possible without self-love. No one tells you that kind of stuff when you are young; you have to figure it out on your own.

Coming out of these experiences, stronger, has been quite the blessing. While I feel like I would be a better version of myself going into a new relationship, now, I still hesitate, as some vestiges from the past linger on. Trusting others continues to be a struggle (at least enough to let myself be vulnerable around them). Even worse, trusting myself happens even less, as far as my romantic choices go, anyway (and, boy, I have made some doozies).

So, maybe, I still need a little work. I can own that but another twelve years is out of the question. I think I just have to jump in and hope for the best. Even if, ultimately, there is no one there to catch me at least I know that I can fly on my own.
—
RSVP for Love Sex Etc. Calls