Get Daily Email
Join/Login CLOSE
Home / Featured Content / Are You Essential, Expendable, or Both? 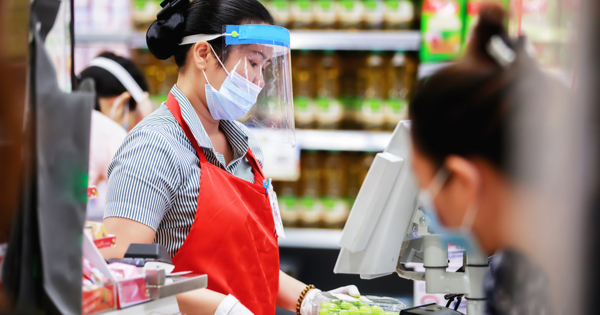 As states (some much faster than others) prepare to restart the economy and send tens of millions of people back to work. We will soon find out who is essential, and who is expendable. Some people had previously been deemed essential though nothing in their paycheck or status in the hierarchy had ever suggested that before; cashiers, fast food workers, bus drivers. Others we always thought of as essential; doctors, nurses, and first responders. COVID-19 has exposed that no matter your title, some consider you disposable as long as the beat goes on.

The question as to what happens to those in nursing homes or prisons has pretty much been answered… expendable.

The battle of restoring the economy vs. human safety was lost before it ever began. Every element of power; the President, Congress, SCOTUS, Federal Judges, Governors, Mayors, the Justice Department, and law enforcement, were by and large put in place and controlled by the rich and powerful. Streaks of independence are tolerated briefly but inevitably those that go against the grain are worn down or replaced.

In a system where corporations are people and money is speech, it was inevitable. People will be going back to work despite the risk because the monied require them to, the status quo must be maintained. We will measure the cost after the fact perhaps even praise the victims.

Lives will be lost and families destroyed so that profits could be maintained.

There are truly essential jobs in terms of saving lives. Sending them into battle against the virus without proper PPE is also saying they’re expendable. Choices were made despite warnings to ignore the coming storm; masks, gowns, ventilators, and swabs, all these could have been available to meet the coming need. Decisions were made to hope for the best and not prepare for the worst. Lives were and are being lost due to a failure to respond, yet no one takes responsibility.

The food supply must be maintained this is true. We’ve barely concerned ourselves with how our food is obtained. Hundreds of workers in meatpacking plants working side by side. Migrant workers harvesting crops, working in close proximity and sleeping in close quarters, sometimes dozens to a room. Grocery stores unloading multiple trucks a day, their employees stocking shelves, cutting meat, wrapping fruit, handling money. All these industries are rapidly hiring, not because of increased demand but in anticipation of replacing the ill and the dead.

The beat must go on.

How do you know if you’re essential? The definition seems to rely on the convenience or entertainment you provide to others. In Florida, World Wrestling Entertainment (WWE) has been deemed essential, Jacksonville beaches are open and crowded, in Georgia, hair salons and gyms are preparing to reopen. Protesters urged on by the President that needs better numbers, demand their freedom to put themselves at risk to keep others wealthy.

About those protesters, many are truly desperate, needing to feed their families or keep their businesses afloat. The system wasn’t built for them. In Florida, the departed Governor Rick Scott, now the Junior Senator of the state, did what he could to make receiving unemployment benefits harder instead of easier. He knows the system; when he ran a health care company, he defrauded Medicare and his company was forced to pay a $1.7 billion fine, as punishment, Rick Scott was “forced” to leave with $300 million in stock, a $5.1 million severance package and a $950,000 per year consulting contract for five years.

Many of the protesters don’t realize they are being led by many of the same forces that gave us the Tea Party. They tell you what to be mad at and point you in a direction to keep you from focusing on those really responsible. The ultimate beneficiaries will not be those standing side by side risking their lives, but the corporations and money managers that need people back at work to improve their portfolios. Leaders from Freedom Works, the Heritage Foundation, and the American Legislative Exchange are all pushing an agenda to reject safety, demand “freedom,” and send employees back to work. Their efforts are supported by Fox News, who long ago sacrificed any notion of truth and ethics to promote their agenda.

The economy must eventually reopen, the question is, “How many people are we willing to let die to protect the profits of others?” The ultra-rich aren’t concerned with the ultimate price that others will pay to support their income. When they heard that by overwhelming percentages the victims of COVID-19 were minorities, the poor, and elderly, it may only have made their equation simpler. Send them back to work, we’ll replace those that don’t make it.

The one area in which people still have the power to express their will is at the ballot box. The powers that be are desperate in their attempts to suppress votes in hopes to guarantee outcomes. Wisconsin Republicans recently demanded their voters risk their lives with in-person voting in hopes of securing a State Supreme Court Justice seat. Despite their efforts they failed, the people imposed their will, but at what cost? Many states are refusing to support an increase in mail-in voting because they fear the outcome, not fraud, the pretense they use as an excuse.

In this election year, politics has dictated for some that the economy is more important than lives. Some pretend a new-founded fear for those who might go hungry when never before did they give a damn. When they had the chance to raise the minimum wage or provide for the homeless, where was their concern then? The people generally making the decisions for others to go back to work don’t expose themselves to the same level of risk as many workers. They don’t shop for their own groceries or ride crowded busses and trains. They live in bigger homes where social distancing is easier. For those things that require greater risk, they don’t do them themselves, they have us.

There may be much beyond our control but the one thing we can do is notice who is concerned about workers, and who is not. We may then act accordingly.

Vote for those who value all lives as essential, for those elected officials that are unconcerned, they are expendable.

Facebook1Tweet5PinEmailShares6
wpDiscuz
0
0
Would love your thoughts, please comment.x
()
x
| Reply
Share this ArticleLike this article? Email it to a friend!
Email sent!