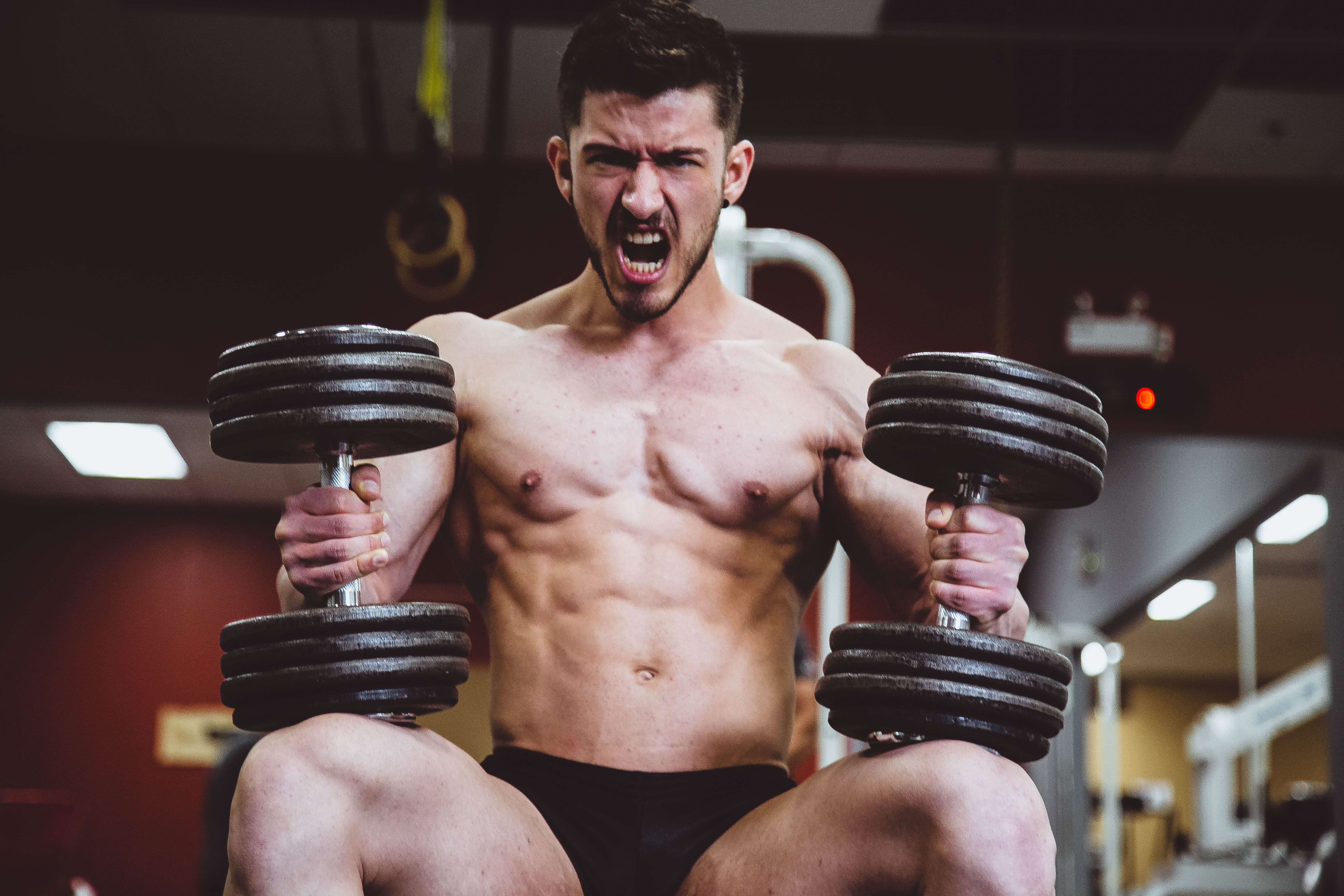 I overheard this at the gym the other day, spoken by a man talking loudly to his three workout partners. Amazingly, he managed to use the word “motherf**r” and “s—t” in almost every sentence, a non-stop diatribe of negativity. During his voluble rant, he managed to put himself on a pedestal as a model manly-man.

At the time, he was describing—at a volume level that ensured the majority of the gym could hear—how he’d “beat down his girlfriend and won an argument” (his words). His closing declaration to her being, “Because, baby girl, I’m a man.” I didn’t know whether to fall over in hysterical laughter or collapse in despair. And some people say irony is dead …

Aside from the demeaning dismissiveness in his statement, it was the sheer arrogance of his expression that caught me. He actually believed that what he was saying was compelling and cogent, and that the entire gym needed to know about his intellectual astuteness—and manliness.

Toxic masculinity is a hot topic these days and we’re proffered an unending display of its hurtful and destructive expressions every day via our media outlets.

“Boys will be boys” is often the rational to sidestep the real issue: boys and young men failing to mature. This behavioral condition is referred to as the Peter Pan Syndrome, though it’s not identified as a true syndrome by the American Psychological Association. It’s characterized by:

Those characteristics have evolved (or mutated, depending on your perspective). Each new generation of men has pushed the envelope of what’s considered descent, considerate, and moral behavior to the point of blatant misogyny, a total lack of empathy, self-righteous bullying and a constant need to define new extremes despite the consequences.

The pattern we’re seeing is that in their quest to reach new heights of being labeled “dope,” the new crop of young men is unwittingly managing to lower the bar rather than raise it. The exciting energy behind breaking down social conventions and establishment mores and turning up the dial on outrageous crudeness has turned out instead to be the downward slope of devolution. So many men of all ages are failing to see this.

We seem to have created an entire cohort of boys and men obsessed with low-level, guttural entertainment and ensnared by myopic self-absorption.

Census Bureau statistics for 2017 state that 19.7 million children live without a father. This leads to a greater chance of behavioral problems, abuse and neglect, drug and alcohol abuse, of dropping out of high school, of committing a crime and of going to prison. Left to their own devices, young boys and men tend to seek out that which appeals to their damaged and hurt beings. The outcome: unrestrained toxic masculinity.

Returning to the “Because, baby girl, I’m a man” man, one of his three workout partners was the twenty-something son of another workout partner. I watched and wondered what this young man was learning about appropriate behavior as all three adults were talking loudly, having apparently mistaken our quiet 24 Hour Fitness gym for an extreme gym as they did their “yelling = motivation” routine. Wanting to avoid a confrontation, people were giving them plenty of sideways glances of disapproval and annoyance.

Life just seems to keep getting worse with ever-greater acts of ignorant and condescending meanness, hate and violence showing up—much of it instigated by men.

But then, I read an article recently about a teacher in South Carolina who has created a Gentleman’s Club for his elementary school boys, many of whom have no father at home. The club not only teaches manners, it teaches life lessons. Their motto is: “Look good, feel good, do good.” The program has become so successful that the Charleston County School District wants other local schools to begin Gentleman’s Clubs in their schools.

That teacher’s program reminds me of a two-season reality TV program that aired starting in 2008 called “From G’s to Gents,” hosted by Fonzworth Bentley (Jamie Foxx was one of the executive producers). The upshot of the program was to work with misdirected young men and turn them into gentlemen. It was a male Pygmalion scenario. The program gave me hope that there are others seriously interested in turning the tide on toxic masculinity.

Today, there are many people working toward educating boys and men of all ages about manners, consideration, respect, honesty, patience, integrity, compassion, selflessness, unconditional giving and cooperation. It’s an uphill battle as the world is full of intense distractions and enticements. The desire to forever stay a boy without responsibilities and accountability is compelling with its offer of fun, money, partying, sex, status and fame.

1. Educating young boys from an early age to love and respect themselves and all of life.
2. Awakening adult men to a greater awareness of who they are at their core.
3. Aligning boys and men to the understanding that we’re all one and that we’re all in this together.

The real heroes of our age are those men who set aside religio-socio-cultural conventions and dig deep within themselves to discover their birthright: their true selves. Self-discovery is the greatest journey a man will ever undertake, one in which he’ll ultimately begin to see all in one in one in all. That is when a man learns what true freedom is, and he then strives to assist other seekers in discovering it for themselves. It is then that a man no longer needs to announce, “Because I’m a man.” He just is.

Photo by Alora Griffiths on Unsplash
Don’t like ads? Become a supporter and enjoy The Good Men Project ad free