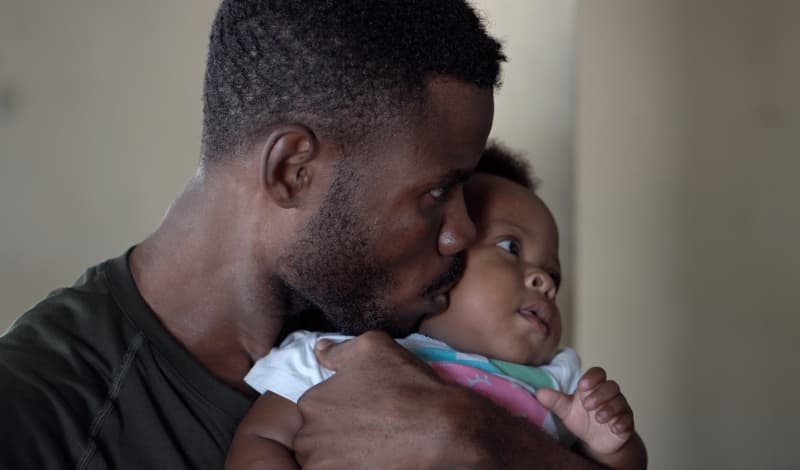 On the day my daughter was born my husband and I felt relief and joy. She had arrived and she was healthy.

He was suddenly let go without warning. It was an unexpected blow to our plans.

This time in our lives became the most stressful and anxious we had ever faced together — and with a newborn baby to boot. I still had a portion of my own income coming in while I was on maternity leave but it was simply not enough.

My husband was exhausted, defeated, and suddenly had to leap into action to find a new job. The high of our daughter’s arrival was overshadowed by the frantic need for money. Our hearts sank. Our morale weakened. Nights with one or both of us staying up with our new baby added extra fatigue to what was already a tense situation.

I could see my husband was starting to feel discouraged and hopeless.

Throughout this time, I was fighting my own battles with exhaustion and breastfeeding but my husband was also in his own private hell. This man I married is a phenomenal father to his own son (my stepson) and I knew he’d also be a divine father to our little girl.

But my husband suffered during those early days of my daughter’s life. He battled depression and fear. The pressure of wanting to provide for all of us weighed him down immensely.

My husband’s desire to be a bread winner for us all was something he felt deeply. In those days and weeks after my daughter was born, he saw himself as a failure — unable to give us what we needed. Nothing I could say to reassure him worked.

My point here is simply that mothers are not the only ones who put intense pressure on themselves to do and be everything as a parent.

There are many dads out there who also feel that sense of desperation when they see themselves as failing for their children or family.

While it’s true that many parents out there are doing it alone as single moms or dads, it’s also true that even when you’re part of a two-parent partnership that sense of failure and inadequacy can still creep in. None of us know what we’re doing sometimes.

We can read all the parenting books in the world and still lose our sh*t when the baby is actually born and crying all night long. There’s no book that can prepare a mother or a father for the hell that is a baby who won’t sleep and cries incessantly. None.

There’s no shortage of blogs or articles out there about moms and the struggles we go through. I write about my own issues all the time. There’s increasingly more awareness about postpartum depression which is fantastic and I hope people begin to recognize it on a more consistent basis.

I want to put it out there as a reminder that dads feel it too. They get depressed. They get emotional. They get angry. They get scared.

Parenting is just as overwhelming at times for a dad and we all need to keep that in our pockets to remember.

My husband did make it out of his own trials and tribulations and now owns a successful business that we run together. I’m beyond proud of him. Those weeks and months after my daughter was born were dark and scary when they shouldn’t have been. Those days almost broke us as a couple.

But we made it and now we know what we can make it through together.

So for those dads, boyfriends, husbands hustling every day to make ends meet and care for their family — please remember that your efforts are seen, acknowledge, and appreciated.

Because dads feel it too.

More from Michelle: I’ll Never Be THAT Kind of Parent

Facebook30Tweet1PinEmailShares31
wpDiscuz
0
0
Would love your thoughts, please comment.x
()
x
| Reply
Share this ArticleLike this article? Email it to a friend!
Email sent!