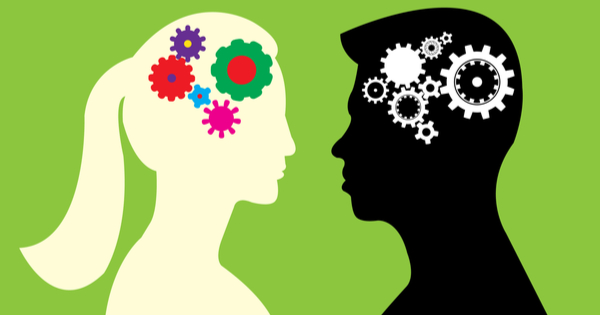 Few tragedies can be more extensive than the stunting of life, few injustices deeper than the denial of an opportunity to strive or even to hope, by a limit imposed from without, but falsely identified as lying within.

We lived in a world obsessed with difference. That obsession is dangerous enough, but it’s even worse when combined with today’s rising scientism, which has spurred an explosion of interest in genetic — and therefore immutable — difference. We’ve been down this road before.

Luckily, several scholars — including scientists — are pushing back. Their point is not that genetic difference is illusory — it’s not— but that: (1) we know far less about genetic variance than we think; and (2) we give too much credit to heredity or “nature” (and too little to the environment or “nurture”) than is warranted.

A recent book on sex differences is a perfect example. In Gender and Our Brains: How New Neuroscience Explodes the Myths of the Male and Female Minds, neuroscientist Gina Rippon argues that claims of genetic differences between male and female brains are overstated.

Her points are several, and include:

Indeed, the relationship between nature and nurture combined with the gender biases surrounding us from birth mean that even studies meant to study infants are often unable to tease out the degree to which a given trait is innate. For example, unfortunately for women who wish to crown themselves the better verbalizers, new research suggests mothers talk more to female infants than male ones. Likewise, and unfortunately for husbands claiming to be naturally suited to driving the family car, there is increasing evidence that better male spacial reasoning ability is not so much linked to androgen (testosterone or estrogen) exposure but instead to the types of toys male and female infants and young children are encouraged to play with.

Put simply, our culture encourages female children to talk and male children to play with videogames and LEGOs. Gender differences in verbal and spacial reasoning ability are (a) small and (b) affected either by both nature and nurture, or by nurture alone.

A predictable criticism, of course, is that Professor Rippon’s findings are motivated by political correctness.

This concern is understandable. While a student at Harvard Law and editor-in-chief of its student newspaper, I encountered several people eager to sacrifice truth-finding to political correctness. Rippon is not one of those people.

Her book is no politically correct screed; nor is it an attempt to deny “inconvenient truths” (another charge lobbed at scientists who dare push back against the obsession with finding, labeling, and measuring even the most minute genetic differences). Indeed, contrary to some of her online detractors, Rippon nowhere argues that there are no cognitive differences between men and women. She simply points out biases that have blinded researchers in the past while adding important qualifications to several assertions of genetic difference, including in female-empowering books like The Female Brain.

The author does not write like someone on a political crusade. The following sample is representative:

A key message in this book is that a persistent focus of the brain research agenda, effectively since the early nineteenth century, has been driven by the perceived need to explain differences between two groups divided by their biological sex. [W]e are only just starting to wake up to the idea that there is currently no good evidence of there actually being any relevant differences either in the brains of these two groups or in the behaviors those brains support. For sure, there are average differences between the groups, but the effect sizes are characteristically very small, and averaging will wash out any interesting individual differences (p. 351).

In today’s world — a world groaning under the biases and prejudices of both left and right-wing tribalism and the authoritarians eager to exploit it — Rippon’s work is well worth the read.