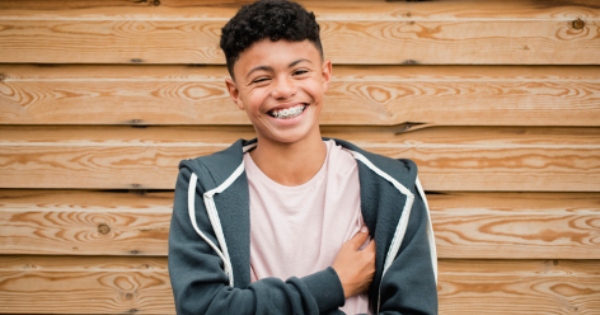 —
Like many other boys his age, 14-year-old John is stumbling down the road to adulthood. Still riddled with the playful inclinations of a boy, John both embraces and resists growing up. John spoke with me in detail about the struggles and the successes he has had along the way. The youngest of four brothers, John has experienced the privileges and complications that come with watching older siblings mature. By witnessing his brothers’ failures, John learned early lessons in maturity and responsibility. This was a perk that John admitted helped to keep him out of trouble. But in the same token, because John was a constant spectator to these lessons, his parents set high expectations for him. Despite feeling overwhelmed by the challenges set before him, John has adopted 3 habits that have helped him to make some progress.

According to John, this is the first skill he developed that made him feel “O.G”. Like most children, John used to make last-minute plans with his friends without making travel accommodations. “I just thought that Mom or Pop would bring me, but I ain’ give enough time to figure out how I was gon’ get there.” John also admitted that he never took the cost of the rendezvous into account and he’d rarely communicate with his parents while he was out. Now John considers transportation and expenses before he asks for his parent’s permission to go anywhere. John told me that “Mom and Pop will let me do what I want when I gotta plan.” John noted that he also communicates better with his parents during these excursions even though “It’s mad annoyin’ sometimes. . . But I do it ‘cause it makes them happy and they’ll let me go out more.”

2.) Dipping a toe into being self-sufficient

The day John’s parents started teaching him how to cook was a turning point in John’s sense of independence. Not only did he start making himself breakfast in the morning, but he also started making dinner for his family once a week. The first thing that John learned to cook was eggs. He soon became an egg aficionado and was making anything from scrambled eggs to breakfast omelet muffins. “I chef it up ‘cause I’m the G.O.A.T. I’mtype valid at making eggs in a pan and a microwave. It’s great,” John said, “I hate cereal. Now I can make a breakfast sandwich in like two minutes.” John admitted that cooking dinner is still a work in progress. “I pretty much only make Oodles and Noodles, chicken nuggets, French fries, frozen hamburgers and brinner [breakfast for dinner].”

Unlike his older brothers, who were not allowed to touch the washer and dryer when they lived with their grandmother, John started doing his laundry when he was 12 years old. After his family moved out of his grandma’s house, his mother insisted that everyone do their own laundry. “Mom said that she wanted us to do our laundry; said it would make us responsible, but really, she ain’ have no time to do it all.” Regardless of his mother’s motives, the experience did make John more responsible. John became accountable for his football, track, and basketball uniforms. He also had to make sure that he brought his practice clothes home to wash over the weekend so his locker wouldn’t stink. Now, doing his own laundry is a part of his regular routine.

Like any 14-year-old athlete, John eats a lot. The small lunches served at his public high school are more like a snack than a meal to tide him over until he gets home from practice. John’s parents encouraged him to take homemade lunches. With this new task, his parents took it a step further. They buy John enough lunch snacks to last him for the month. “They buy sandwich stuff every week, but if I eat all my snacks too quickly then I just don’t have anything to bring with my sandwich until the next month.” It is a diminutive form of budgeting compared to what adults need to balance month to month, but John enjoys dividing out his snacks. “My brothers used to eat up all the snacks and then I wouldn’t have any for lunch. . . It was mad annoyin’. . . Now if I run out of snacks, I’m bummin’ and I’ll just make two sandwiches.”

3.) Beginning to consider the future

While John does not need to think about college just yet, it is ever on his mind. One of John’s brothers just graduated from college and another just received an academic and sports scholarship for the fall. With all this talk of college, financial aid and majors, John has already begun thinking about his academic future. John works hard to keep his grades above a 3.5 and strives to out-do his Brainiac brother to get an academic scholarship of his own. “I’m committed to going to Penn State for football, but if I get hurt, I want to have a plan B. I don’t want to end up working at a fast-food joint.”

You are well on your way John. For all of the pre-teens out there who are scared of the big life changes around the corner, take a deep breath. Try some of the things that John has done. If you start your journey to manhood now, you won’t feel overwhelmed with trying to do it all at once later. Keep taking new, small steps and you will be young men in no time. From everyone at The Good Men Project, we wish you the best of luck!