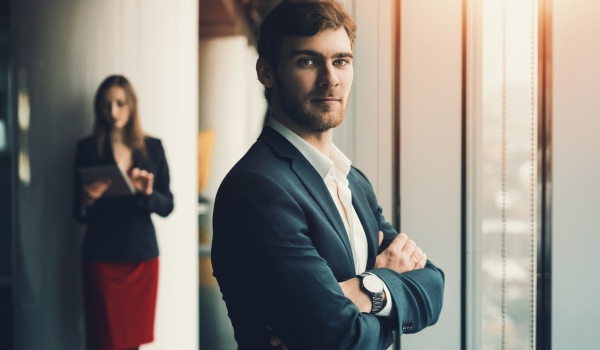 —
Chinese demand for Western goods and services is huge and companies are all too willing to meet it. But there’s one big problem: the internet.

In China, it works differently. Western websites are often blocked, or invisible because of the way they are built. For companies trying to establish a presence beyond China’s internet security system, it can all seem too hard.

But Nicolas Chu has a solution, in the form of Sydney-based company, Sinorbis. The Sinorbis cloud-based marketing platform allows Western companies to build, measure and optimise websites for the Chinese market, much quicker and at a fraction of the cost of going into China and doing it on the ground.

“If you want to crack this market we have the perfect tool to allow you to do it,” Chu says. “We allow people to be visible in China within a week, whereas before it took months, if not years.”

Less than one year after the platform’s commercial launch, Sinorbis has a range of clients from small and medium sized enterprises (SMEs) to big corporates in different industries, including BMW Australia, the University of New South Wales (UNSW), Bod Australia, Bioglan, Capilano Honey and Sydney Airport, as well as clients in the US, Europe and Asia. The company employs 22 people in offices in Sydney, Shanghai, Beijing and Colombo.

“Australia is the perfect market to launch this in. There are only two markets in the world where demand from China is very high in the three verticals we are going after: consumer goods, education and travel. One is the US. The other is Australia.”

Born in the UK and raised in France, Chu was working for the travel booking website, Expedia, in Paris, when he applied for a job as Director of Website and e-commerce in Expedia’s new Australian division. He and his wife moved to Sydney in 2006 and now have two daughters, both born in Australia.

“We never thought we would live in Australia, but there was a job opportunity, we moved here, fell in love with the place and decided to stay,” Chu says.

A Master’s of Business Administration (MBA) from the Australian Graduate School of Management (AGSM) helped Chu make some valuable contacts in his new home, exposed him to numerous new industries, and gave him some new tools.

“The MBA at the AGSM is recognised as one of the best in the world for everything related to management,” Chu says. “It was definitely a help to my career.”

After rising to Managing Director at Expedia, Chu moved to the travel group, Orbitz Worldwide, in 2012. He was President of the Orbitz company, HotelClub, when realised he was staring at an opportunity too good to miss.

“I’d had a lot of interaction with China over the last 10 years and had seen the explosion in demand for overseas products and services,” Chu says. “I’d also seen Western companies trying to tap into this demand but struggling. And not just because the language and culture are different.

“Chinese government regulations filter out popular channels and websites, such as Google, Facebook and Twitter, that companies usually use to promote their brands.

“On top of that, there’s a completely different online ecosystem. Ninety-five per cent of websites in Australia are not visible in China. Not just because of blocked content, but if you haven’t built your website in a way that is optimised for their ecosystem, it might take five minutes to load.

“I said to myself, ‘this is crazy’! There won’t be another market like China in our lifetime. It was a once-in-a-lifetime opportunity.”

The three co-founders put in some of their own money and dived in to an evolving Australian startup scene.

“I’ve seen a lot of positive changes in the startup space in the past four or five years,” Chu says. “We have more venture capital funds and early stage investments than before. The startup ecosystem is not as developed as Silicon Valley or Tel Aviv but definitely growing fast.”

“We raised the first round of funding just based on the idea, our team, and the opportunity in China. The second round was based on all that plus the momentum we had gathered in a short space of time: we had good clients on board even before we had a platform.”

The platform launched in July 2017 and Sinorbis is rapidly going from strength to strength, targeting not just Australian companies selling to China (and encouraging Chinese students and tourists to come here), but overseas companies too.

“China represents 25 per cent of the world’s internet population,” Chu says. “And 40 per cent of e-commerce worldwide – up from 1 per cent a decade ago. The potential is massive.”