—
RSVP for Political Activism Calls
—
Watching these ordeals play out on the border where immigrant families have been torn apart brings some eerily familiar feelings to the surface for many parents who can identify with some of the same emotions and trauma that come from having a child taken from you. Not by border patrol but, rather, the entities and players associated with our nation’s family court system.

In early June, among the headlines and stories appearing in our twenty-four-hour news cycle, reports emerged that United States Senator Jeff Merkley (D-OR) was turned away from a detention center where children were being placed, upon having been separated from their parents for crossing the border. 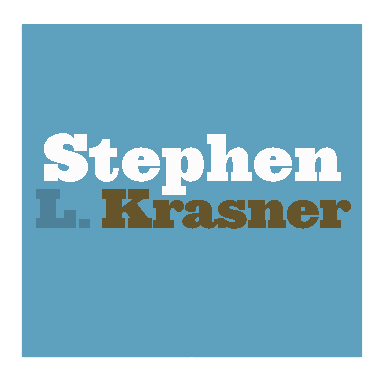 At this moment the national spotlight focused attention on the plight of the immigrant families separated under the zero-tolerance policy of the Trump administration. An administration looking to use this action as both a deterrent to stem the numbers of immigrants crossing the border illegally and also as a leveraging stunt to push a political agenda—using children as pawns.

Anchors of the major news networks and journalist across the country have been effective in reporting the sobering stories of what has been transpiring—sharing the imagery and audio that has effectively helped in reversing the government’s indefensible course of action in separating children from parents. Albeit the work to reunite them is far from complete—and these events will no doubt leave scars on many children (and parents) inflicted by this psychological and physical abuse.

The reports and commentator analysis of the major networks have highlighted commentary of regular legal and political guest panels and activists—where they have displayed shock and dismay over what has transpired—as they most certainly should. As gut-wrenching as these stories are—these types of family separations are not only happening at the border—but have been unfolding for years in other areas of our government with the same senseless and callous demeanor inflicted upon the immigrant families—albeit with much less scrutiny and spotlight from major media outlets.

Shine the Light into Dark Places

The numbers of separated parents and children as a result of what transpires in the family court system dwarfs those in relation to the zero-tolerance policy. Looking at one area of statistics, from 2016, the number of children entering the foster care system was well over 450,000 according to a report issued by the U.S. Department of Health and Human Services (HHS).

While many parents have empathy for the immigrants impacted—along with outrage at those government officials responsible—they also have a great deal of frustration. This stems from the unethical activities, archaic laws and monetarily incentivized motives that systematically remove children from good parents each and every day—yet void of the national attention and focus needed to expose the improprieties and unethical activities commonly found in the family law industry.

Sharing his experiences with the Tompkins County Family Court system in New York, Walt Re-gan described himself as having more conservative views than most and how they were impacted during the course of his ordeal—where he sympathizes with the social injustices many experience—noting the current issues of immigrant families being torn apart yet underscoring the frustration felt saying, “…at times I wish I was in their shoes as I feel forgotten about.”

The injustices that I have experienced have given me a better understanding of the struggle for social justice and the discrimination that so many Americans have encountered—I now have so much empathy for those that have struggled attempting to find justice and equal protection under the law.

It’s easy to miss the questionable and unethical practices where they coincide with child custody and divorce cases—as some areas require specific knowledge of the players involved and the inter-relationships that exist in their professional and social circles as to how they intersect with small-town politics.

Money, loyalties, and self-preservation often trump the much-cited reasoning that the well-being and best interests of children are always the top concern in these courts. What often emerges are decisions and outcomes made by judges that are not done on the merits, hard evidence or facts but rather via patronage systems infused with bias and favoritism. When this becomes the basis of how cases resolve—it outlines how they can easily become rigged. 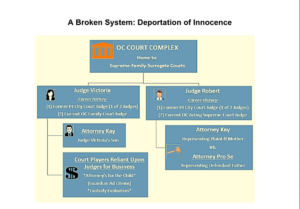 Description: Child custody case in Orange County, New York illustrating the relationship between judges, family members and professionals who are working “under order” of the court—whereby their bread and butter income rely upon the good graces of judges to work in conjunction with cases on a regular basis.

Serving the Public Good with Truth

Watching elected officials on both sides of the aisle call out the issues of separating families at the border and demanding accountability for those responsible—one has to wonder if they are showing the same energy, concern and focus towards the problems within family law?

What do those in office do when they become aware of the disconcerting situations taking place with parents and children being victimized in these courtroom environments?

Senator Merkley provided a good example of how to respond to these types of alarming issues in using his office to call out and memorialize what was taking place with the children at the border—leading to pressure being applied by the only court with enough real clout and backbone to correct such wrongdoing and make real change—the court of public opinion!

Voices calling out the injustices and wrongdoings of family courts and their players have found their way to public officials on many occasions. However, few have had the moral courage and tenacity to address the improprieties head on and, unfortunately, we don’t often hear about them when they do.

One such public servant who confronted these issues was the late Assemblyman Frank Skartados (D-Milton) who served in New York’s Hudson Valley region encompassing parts of Orange, Ulster and Dutchess Counties. 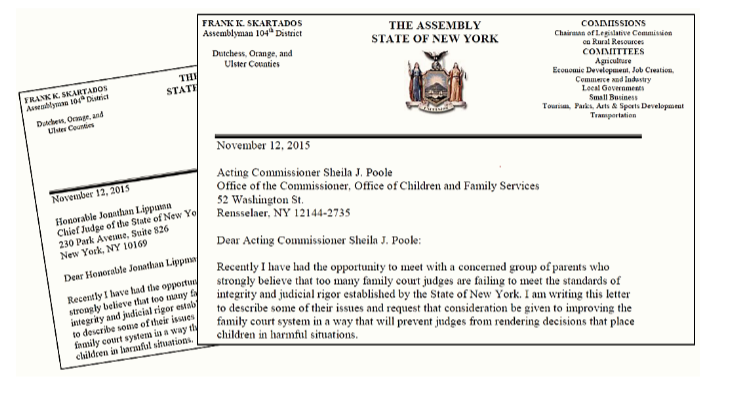 In the fall of 2015, he met with several parents who shared their accounts of the dysfunction and corrupt practices they encountered and as a result, the Assemblyman put the weight of his office behind addressing these issues with those in positions that could enact change and hold appropriate parties accountable.

On November 12, 2015, the Assemblyman memorialized these cases in a letter sent to the Chief Judge of the State of New York and the Acting Commissioner for the Office of Children and Family Services also including copies of the correspondence to the three County Executives for the region. In doing so he commented on the specific cases of those he met with and remarked as to the larger issues impacting so many in the region (and the country) calling for improvements to the family court system.

“The preceding cases, and many others, unfortunately, characterize judges who disregard factual accounts and evidence and allow parents with criminal records and violations to have custody of or unsupervised visits with children. I have heard of situations in which judges have been presented with evidence that demonstrates the violent tendencies of a parent, but have still refused to change prior custody arrangements, even when such changes could have saved the child’s life.

We must impose stricter oversight in the family court system and within social services agencies. Judges who give custody of a child to a parent while ignoring evidence that the parent is a danger to a child should be held accountable for their decisions. These judges should be mandated to attend a form of training that focuses on evidence-based decision making. The fact of the matter is that the entire family court system should be reexamined with the goal of including ‘evidence-based decision making’ at all operating levels, including judges and case workers.

In general, the system needs to be reevaluated and improved so that we can guarantee – not gamble with – the safety of our children.” — Assemblyman Frank Skartados

Separating children from good and fit parents is wrong regardless of whether it happens at the border or in our family court systems.

When those in positions of influence and power become aware of such wrongdoing yet still keep quiet and fail to call it out, the “it’s not my problem” mentality provides the complacency for such transgressions to continue to take root and flourish.

If we are to protect the family from the atrocities that aim to pull it apart, such protection needs to come from people who can affect change, influencers who have the moral integrity and fortitude to step-up and lead the charge.

END_OF_DOCUMENT_TOKEN_TO_BE_REPLACED

Facebook1.2kTweetPin3EmailShares1.2k
wpDiscuz
Share this ArticleLike this article? Email it to a friend!
Email sent!